I am trying to replace my bathroom fan. The old fan had a light, but I am replacing it with a basic fan with no light (Hampton Bay #BPT13-14MG).

The ceiling has two pipes that each have one white wire and one yellow wire. The new fan has two green, one white, and one black. I am not sure how to proceed at this point.

There is one switch on the wall that controlled both the fan and the light on the old unit.

Any help would be appreciated. 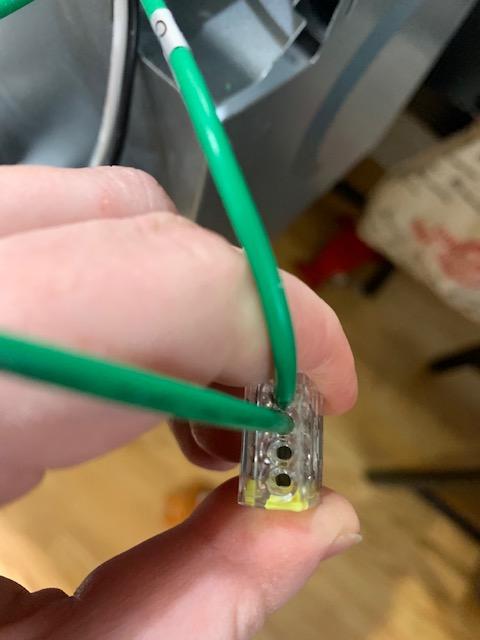 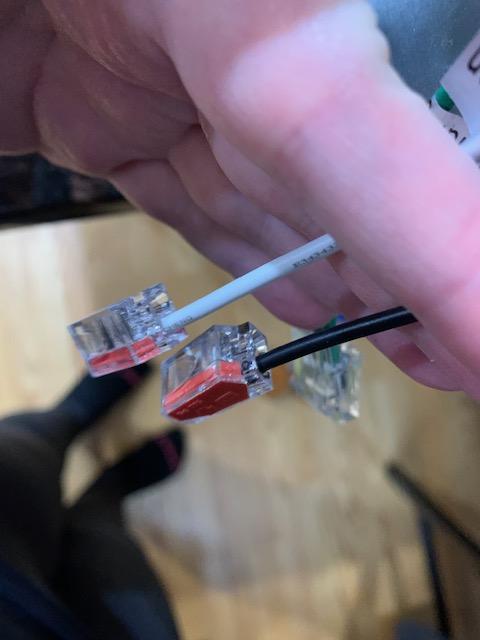 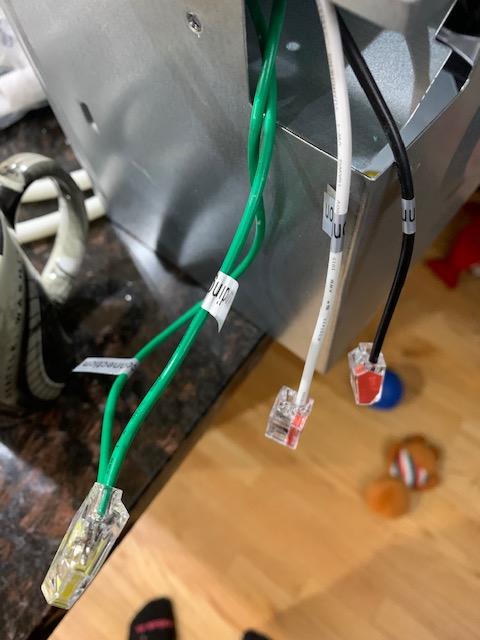 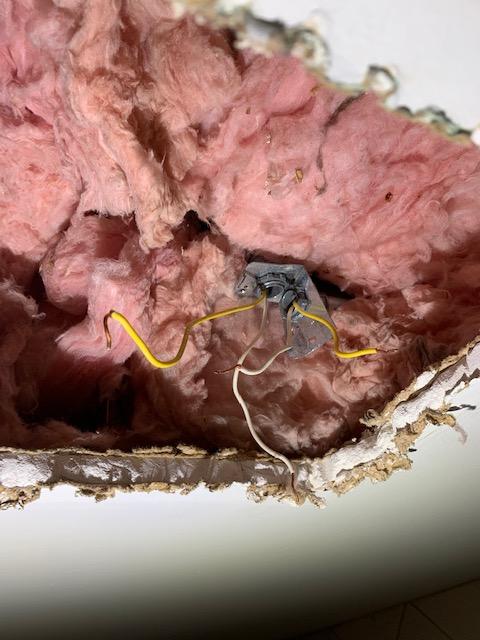 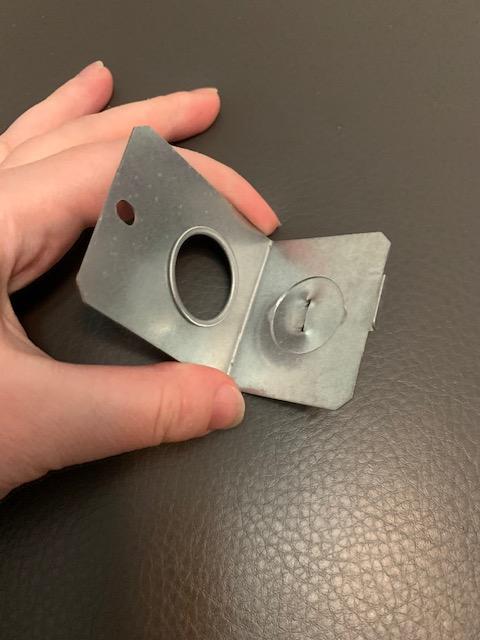 The old fan's bracket seems to be identical, so I'd just go ahead and continue the old one in service, rather than exchange an essentially identical piece.

The biggest problem you have is this fan is supplied with single-use stab connectors. Once you stab, you can't un-stab. So you need to get it right the first time, or just cut those stupid things off and use wire-nuts.

Clearly, one pipe is supply, and the other pipe is onward switched fan/light power to something else. Since you're in conduit, the installer had more liberty to choose wire colors, and chose yellow when ordinarily someone would use black or red. Don't worry too much about that. But white is definitely neutral, regardless!

For now, get a plain receptacle. Pick one pipe, and attach the white to neutral and yellow to hot on the receptacle. Plug something in there e.g. a night light. Turn the breaker on, and see if the night light will light up. If it does, you have identified supply.

Turn the power off and try the other pipe - same thing. See if any switch makes that "night light" come on. It's possible power is coming from both directions! Weird, unlikely, but we need to cross it off the list.

OK, so with the receptacle and night light lighting up off the fan/light switch, what now is broken?? I bet something that used to come on with that switch, has stopped doing so. That is where that other pipe goes to.

Anyway, now mount the fan. You most likely need to make a 3-way connection between the fan's white wire and the 2 white wires from the ceiling. That stab connector won't do. You'll need a wire-nut or a Wago lever connector. (or stabs with more slots, but I do not like those, no I don't.)

Then, you'll (probably) need to do the same with the fan's black wire and the 2 yellow wires. Again, use a wire-nut or a lever connector (looks like a stab connector but is locked/released by levers).

That should do it. As far as ground, the conduit is ground. When the fan is re-mounted to the bracket the conduits come in on, the steel case of the fan will be fastened to the bracket, and that will ground the fan. You don't need to do anything with the 2 ground wires. You can leave them in their little stab connector.