What is this silver plate beside by tub and what is it for? Why is it leaking? What to do?

So I was draining the tub in my 1920's era condominium a moment ago when I noticed a substantial amount of water pooling on the floor next to my tub. I soaked it up in a hurry but then I noticed a little more bubbling coming up from under this silver mystery plate next to the tub: 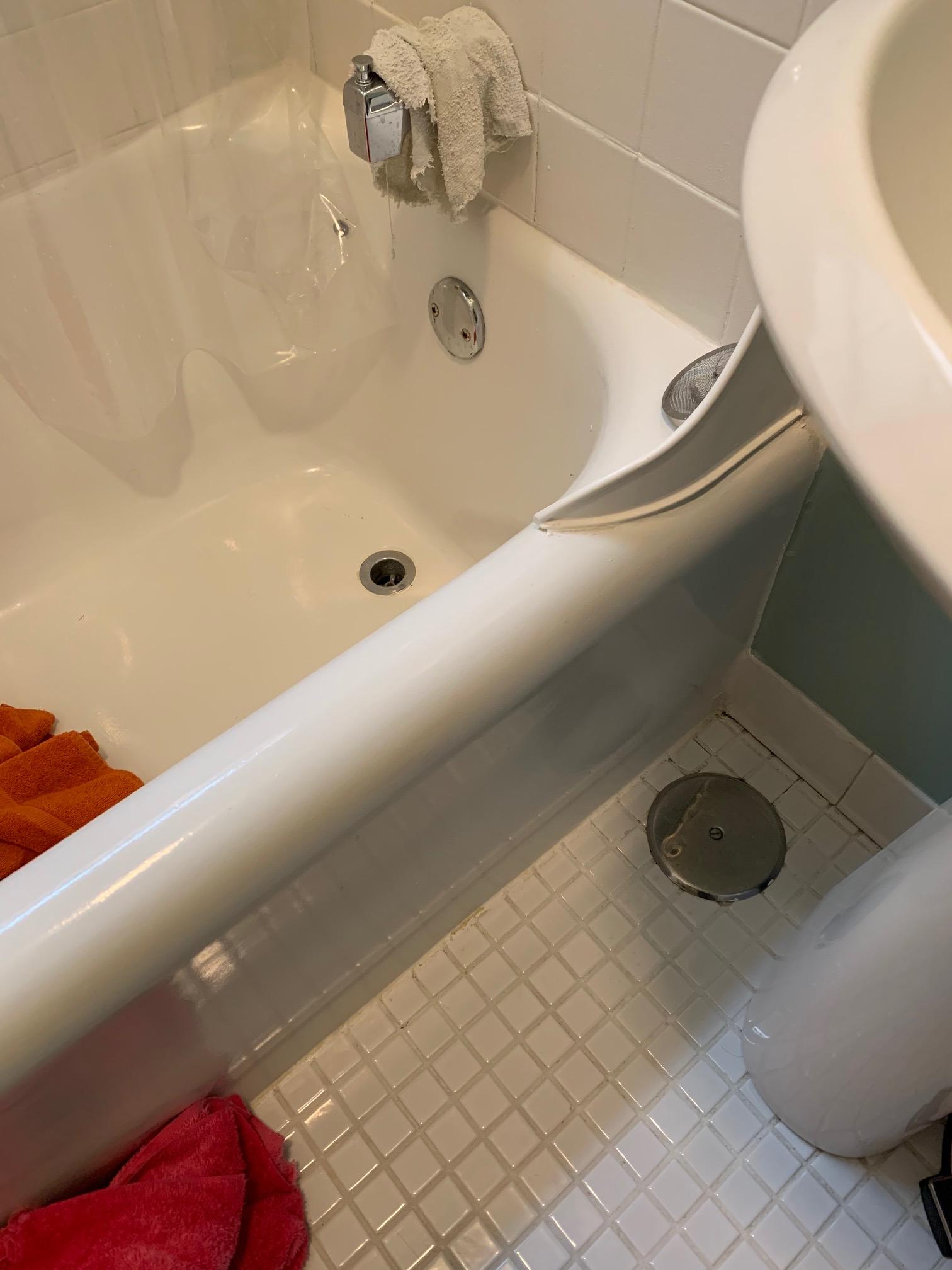 I've used this tub many times before but never had an issue. As soon as the tub had fully drained out the water stopped coming out from under the plate.

What is happening here? I'm totally befuddled. What should i do?

That's a cover for your drain clean out. If water is leaking out of there then either the threaded cap below, if there is one, is loose or there is a blockage starting to form and the drain water is starting to backup because it can't go down the drain fast enough. There could also be a drain plug under the cover that has deteriorated and is leaking. You can undo the screw on the cover and check it out and see what the problem is. Take some pictures. Then come back here for some solutions. Here's what the drain plug would look like.

Buildings of that old often had an external drain open / shut device for the tub. Rather than being built into the tub itself, there would be a lever or pull-up/push-down plunger mechanism next to (and outside of) the bathtub itself that could be used to close the drain in order to fill the tub. That cover plate is located exactly where that drain mechanism is commonly found. One example can be found here How does an external tower style bathtub drain work?.

It is possible that in your situation, when the bathroom was renovated at some point, a new bathtub was installed, but the old plumbing kept, and a cover plate put over the hole in the tile where that mechanism used to attach to the drain. Through the old plumbing, water is now being forced through that cover plate (possibly in response to a clog elsewhere in the drain as already mentioned). 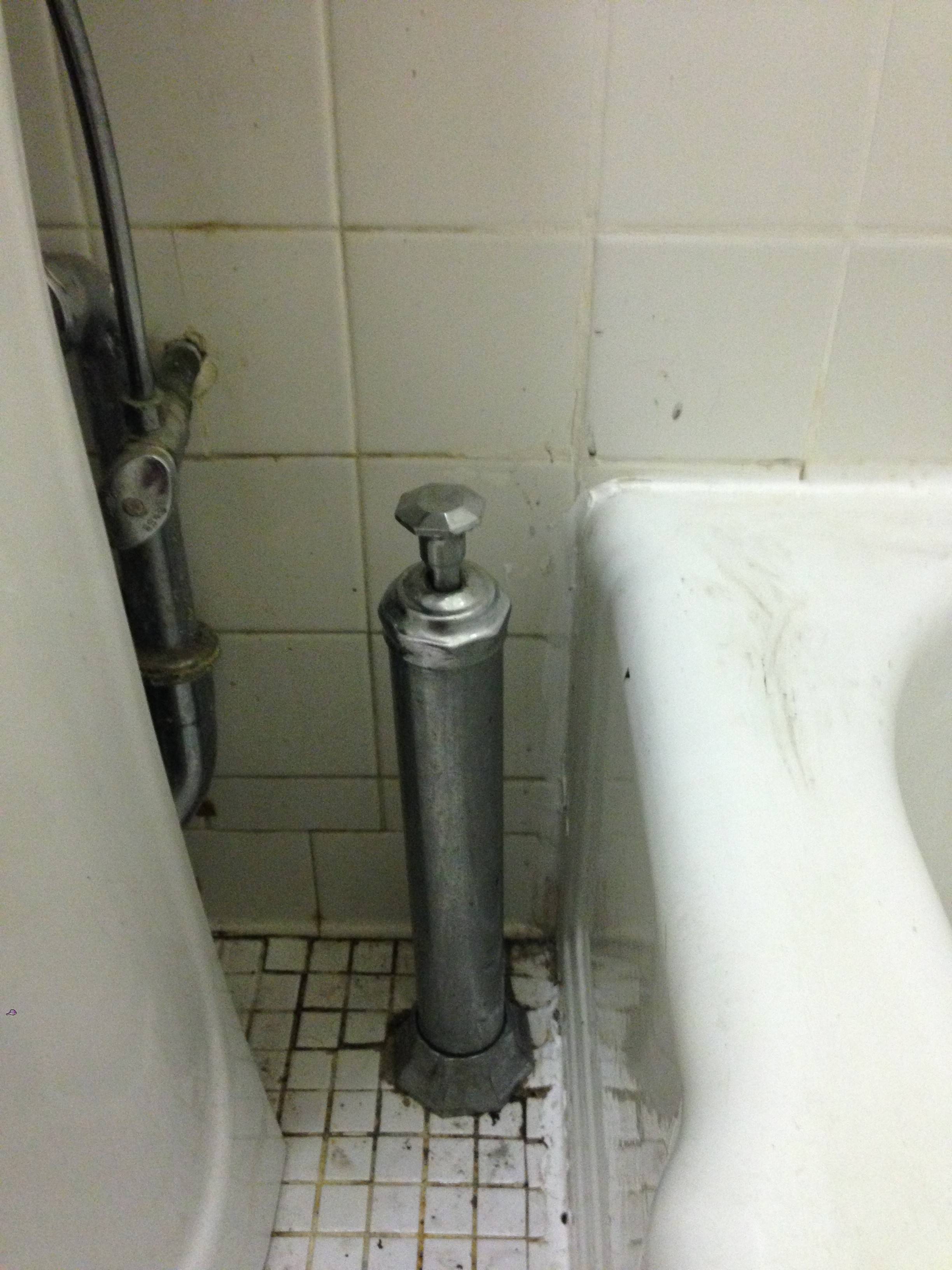 Not the answer you're looking for? Browse other questions tagged plumbing bathroom bathtub leaking or ask your own question.

6
How does an external tower style bathtub drain work?

5
How do I fix this leaking tub faucet?
1
Where could water be coming from inside the joint between bathtub and wall tiles?
1
How to I repair this leaking tub valve?
0
Flushing upstairs clears a stopped toilet downstairs
1
Sewer gas smell in replumbed old house
1
Bathroom Sink Clog
1
Which copper adapter should I use for tub spout and what is the difference?
2
Sewage smell from kitchen sink area
2
What kind of tub spout connector is this?