Having doubts about my mason

I have just hired a young mason for a few projects, one of which was to patch a hole in the brick wall and the other to build a low garden wall. I hired him on the basis of pictures that he texted me and one reference for whom he had laid a patio.

All digging was completed on day one. On day two, the hole was patched and the first few stones of the wall have been laid down. First, it seems to me that tamping the crushed stone and laying a few stones down is very slow progress for a crew of three people. Second, the stones that were set seem to form vertical seams that doesn't look right to me. The mason explained that the challenge is the obtuse angle that the wall makes. Finally, it seems that the hole in the brick was patched relatively poorly as you can see by the gap on the right in the bottom pair of pictures.

The guy is nice, hard-working and responsive. But am I right that I'm seeing evidence that he may not have sufficient experience for this job? 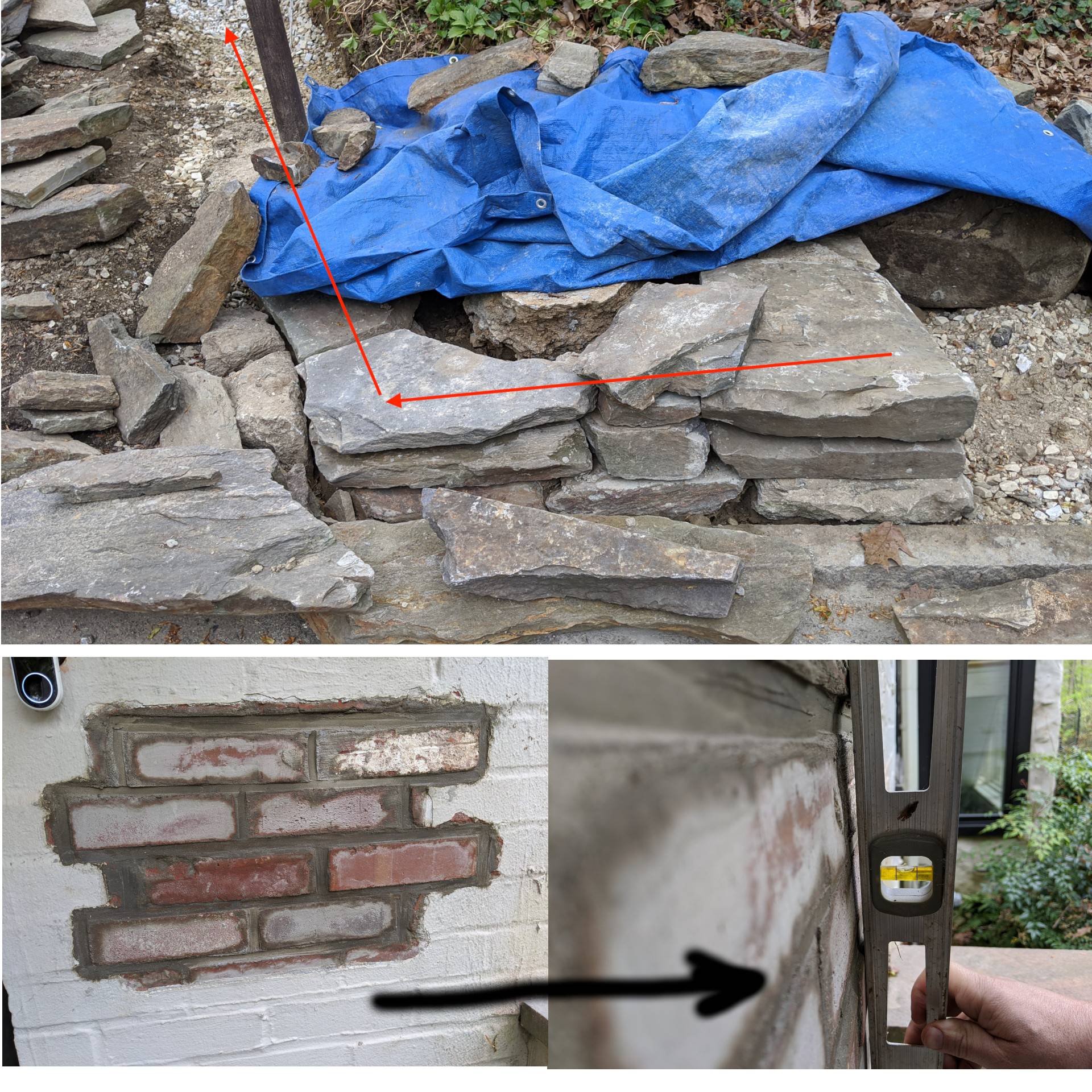 2
Improperly installed or nonexistent brick ties in a wall
2
Can I use Quikrete FastSet Repair Mortar to replace the mortar between stones in a fireplace hearth support?
2
How do I cover one side of a two-sided fireplace with bricks?
1
How to clean portland cement off bricks?
1
Should I hire a mason to repair wall damage with incorrect brick?
5
Options for interior brick walls damaged by rotary hammer
1
Big vertical crack in brick wall and loose bricks
3
Is there some sort of formula to determine how many bricks I would need to build a completely new structure?
1
Best approach for smoothing brick