Cracked subway tile on shower cub after remodel: what's my next steps

I have a recently remodeled shower with a shower curb that has cracked tiles, separating trim, and a potential leak. I would appreciate any advice.

I had my shower remodeled (gutted and rebuilt) in Dec, 2018 after water damage in the wall related to a leaky shower valve. Six months after install, the trim separated from the shower curb and the contractor came to fix it.

Now, more trim is coming off the curb in another area (see photo). Two other larger problems: One, the subway tile on the top of the curb is cracking (see photos). Two, the curb might be leaking at the corner (see photo). I don't know why the tiles are cracking; perhaps the thin set was applied incorrectly?

I'd be grateful for any advice.

--Should I just leave this alone?

--Can these tiles be replaced? Can the shower curb be replaced? Do I need to start over dow to a new shower pan?

--Any advice for approaching the contractor?

Thank you very much for any help. 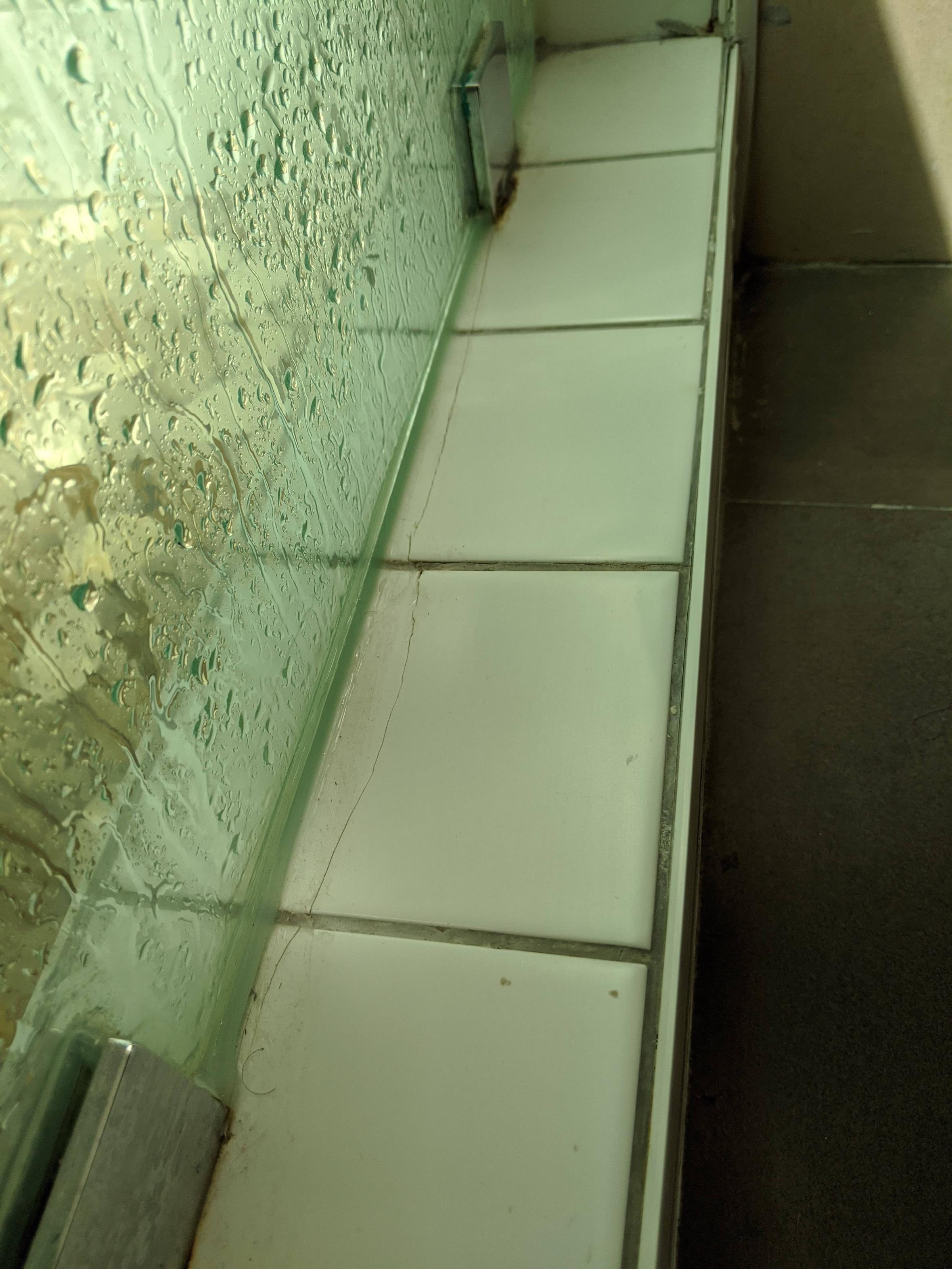 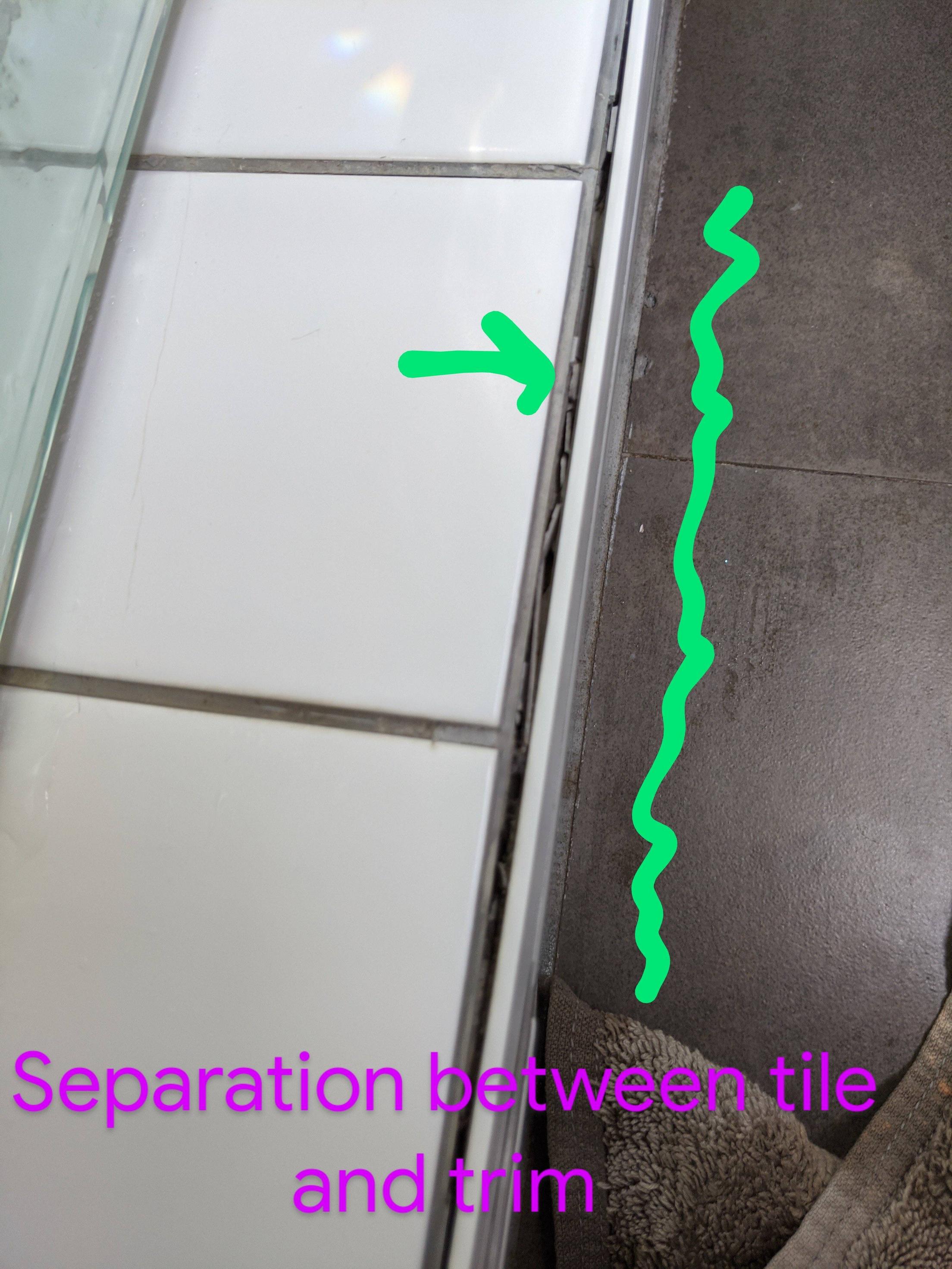 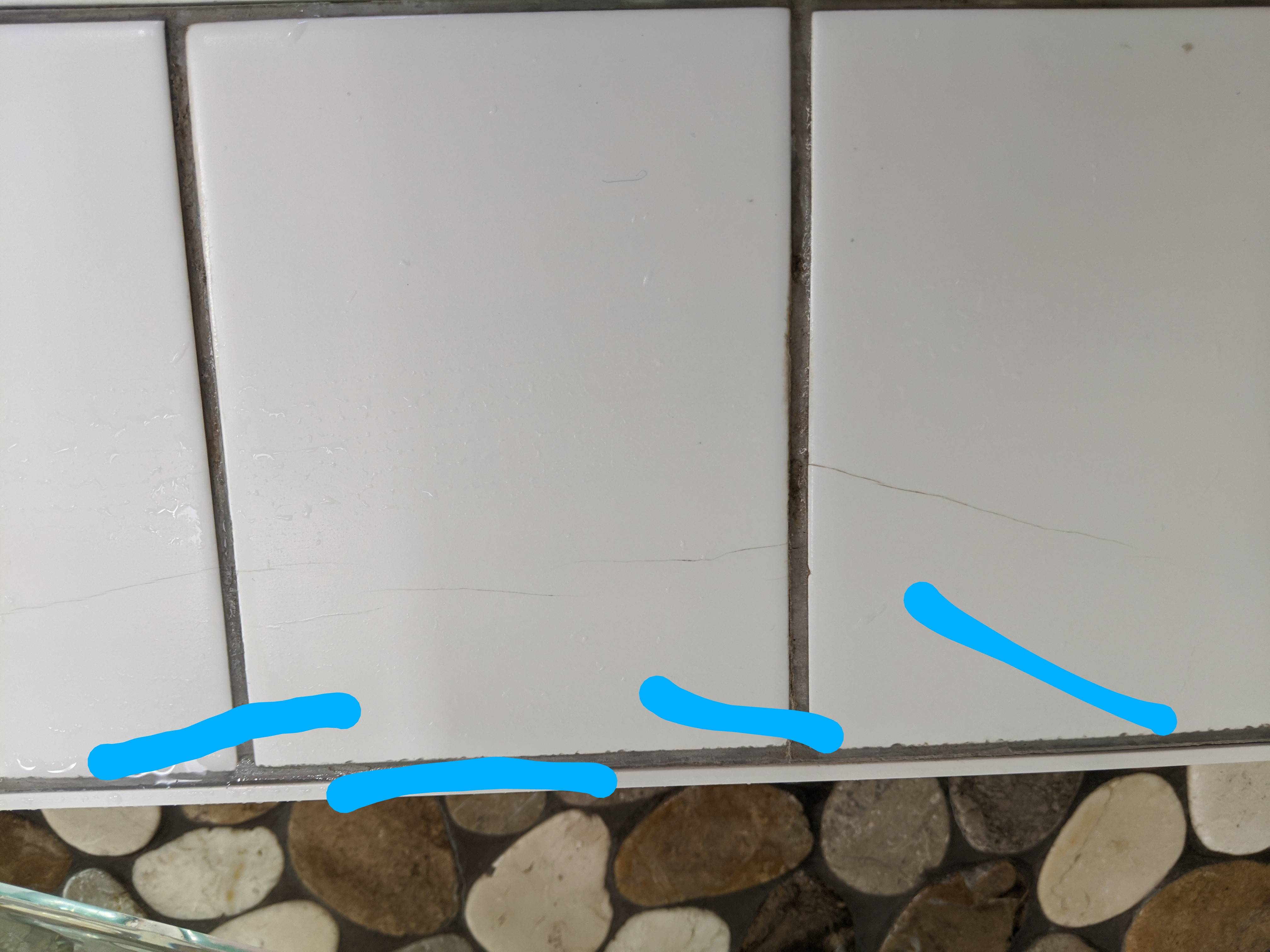 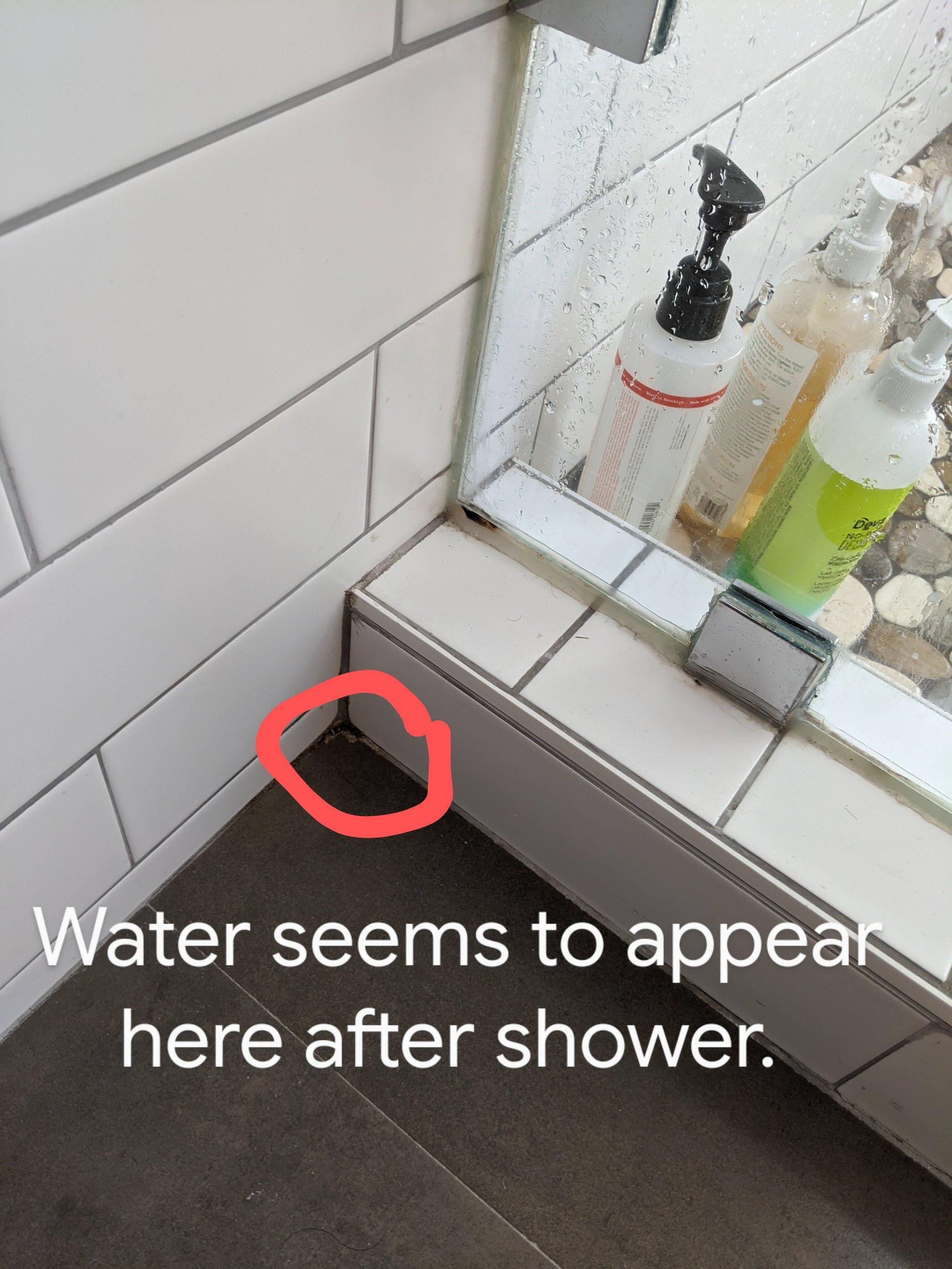 I am a license tile installer of 35 years and you definitely have a leak in your pan and/or non existent pan on the curb. The reason the grout is cracking and tiles are pushing away from each other is because the curb was built with wood ( wood swells when I gets wet) this is not the proper way install this, and soon it will develop mold - if it hasn't already. Curbs must be built with concrete blocks (filled solid) or a form builder utilizing concrete (dry pack).

This issue needs to be addressed as soon as possible, that curb can channel water into your adjacent walls as well creating a much larger issue.

To find out if the pan is leaking, as Chris stated above, remove the drain cap, plug the drain ( must be water tight!) First, mark a tile with a fill line using a crayon then fill up the pan to your mark. I would put it slightly below the level of the curb. Wait 48 hours to see how much the water has dropped below the line. Typically a small amount for evaporation, maybe the thickness of your crayon line can be accounted for, anything more than that you have a leak in the pan and it will need to be replaced. Unfortunately in either situation your glass will need to be removed from the curb.

Possibilities are the liner was installed poorly and as the grout and sealants used start to break down over time, where the liner would prevent swelling of the wood and waterproof things if installed correctly, it is not doing this, leading to further issues such as swelling.

Plug the drain hole and let the shower pan fill up with a decent amount of water. See if there is water leaking from that corner that you say water appears in after a shower. If so, you may have issues with the integrity of the liner underneath. In that case, it's probably caused the wood underneath to swell. This would explain the cracked tiles and the trim separation. If this is indeed the case, you may need to get the pan rebuilt completely.

If you wish to approach the contractor following this test, I would just be reasonable, ask if they can take a look because you've noticed some leakage and unexplained damage to tiles, and see what they say after looking at it. If they suggest the liner is bad then I would ask them to do the work again at materials cost only as it is a flaw in their workmanship and two years is certainly not an acceptable lifespan for a tiled shower in my opinion. If they don't suggest the liner to be an issue (and you have identified leakage) I would get a second opinion from another reputable tradesman and make a decision on how to move forward based of the information you've been given.

If you can confirm an issue that is due to poor workmanship I would calmly approach the original contractor with this information and see what they say, if they chose to not face the issue or basically try to lie about it and tell you you need a load of work doing and they're going to charge you for it (effectively having to pay for the job twice) I would approach whatever your equivalent of trading standards is.

I may seem like im getting too far into it without actually knowing the cause with absolute certainty however, I've dealt with a lot of tradesmen who did shoddy work and lied and charged extortion to members of my family etc and want to just make sure you are prepared for whatever the outcome might be.

I hope the issue is merely something superficial.

Not the answer you're looking for? Browse other questions tagged bathroom repair shower tile or ask your own question.

5
Should I be able to just peel tile off the wall by hand if it is installed right?
4
Problems with crossed hot & cold water lines on shower
4
cracked shower tile/underlayment
2
How to flatten a plywood subfloor for tile?
1
How to fill a large gap between tile and shower tub to ensure waterproof gap
1
Building a roof over terrace
0
Rigidity (and height) of drywall around outlet hole
0
Slow draining shower