We just bought a house and would like to remove a partial wall that was added as part of a remodel. I have the blueprints for the remodel (completed with permits in the 80s). I've attached images of the relevant portions. The house is in San Diego, CA, if that makes any difference.

The wall I'd like to remove is circled in red and the location of the original exterior wall is highlighted in blue. I've also attached the plans for the changes to the foundation.

I'm new to reading blueprints, but it looks like there's a 4x14 beam running across a post at the end of the wall we'd like to remove, and that post is firmly attached to the foundation. This makes me think that we can remove the wall but not the post.

Does that seem correct? 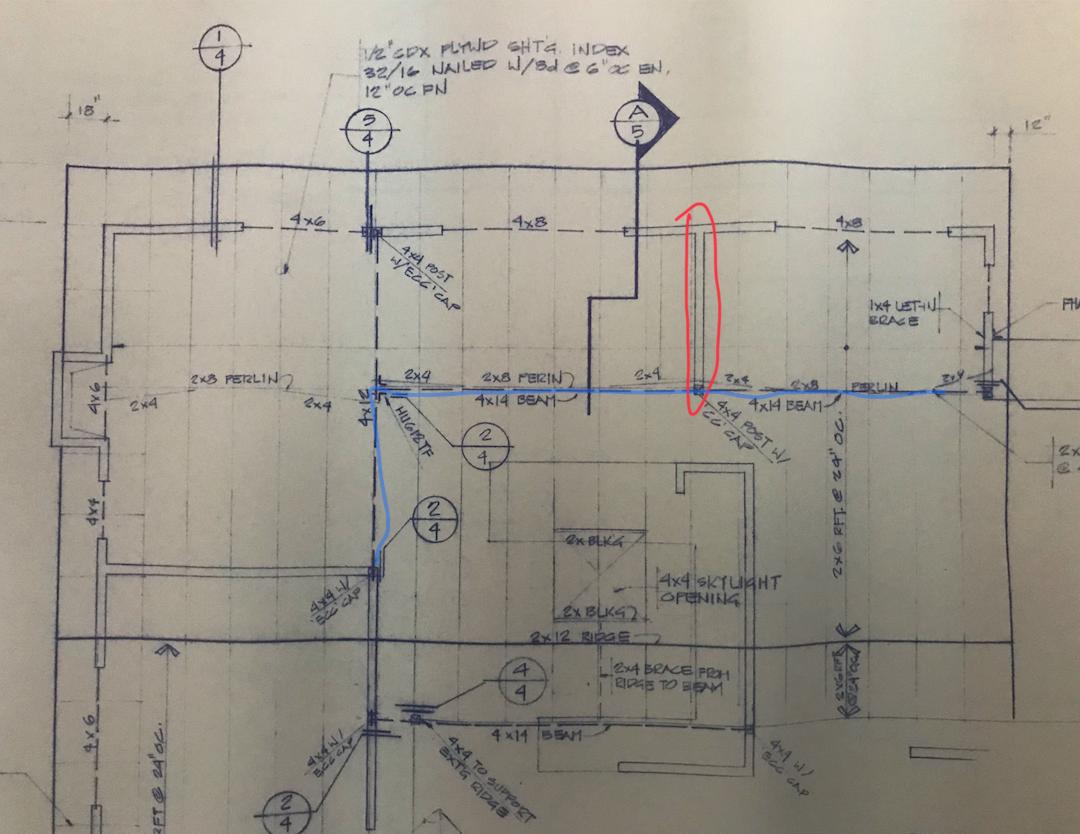 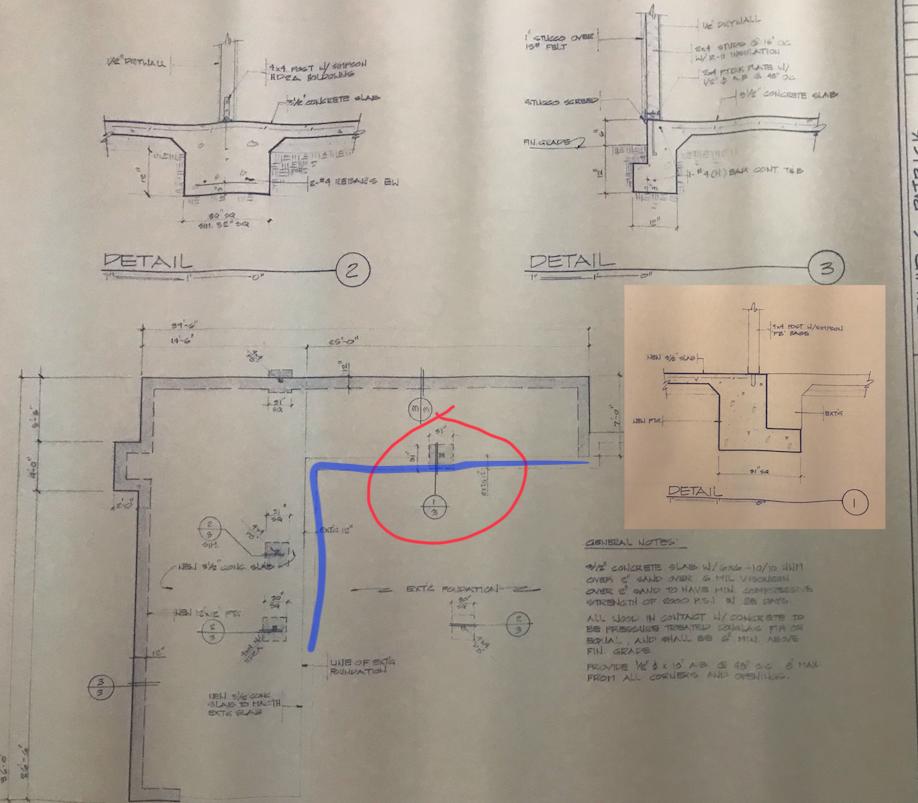 This makes me think that we can remove the wall but not the post. Does that seem correct?

Column or post cap. This is a prefabricated post and beam connection. The specific type will be shown in another place on your plan, likely either the plan notes, or the general notes

A type of roof brace. Refer the picture below 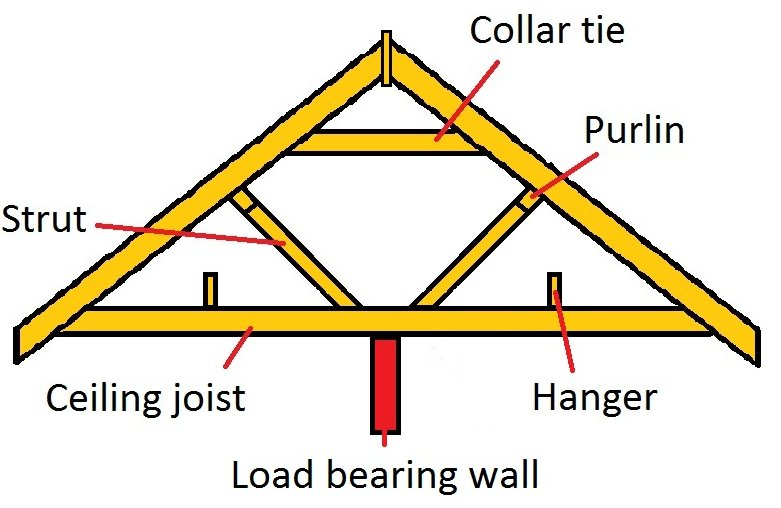 Not the answer you're looking for? Browse other questions tagged load-bearing remodeling or ask your own question.