We recently purchased a home that had the washer and dryer left behind. The washer is a GE and in good condition. We were told by the previous owners that the washer worked fine, but we tested it with a couple loads of rags to be sure.

It seemed alright so we did two loads of our laundry and on the second load it wouldn't drain. We kept getting a warning buzz and blinking lights. Code read clogged drainage hose so we took it apart and sure enough it was all jammed up....with ROCKS. 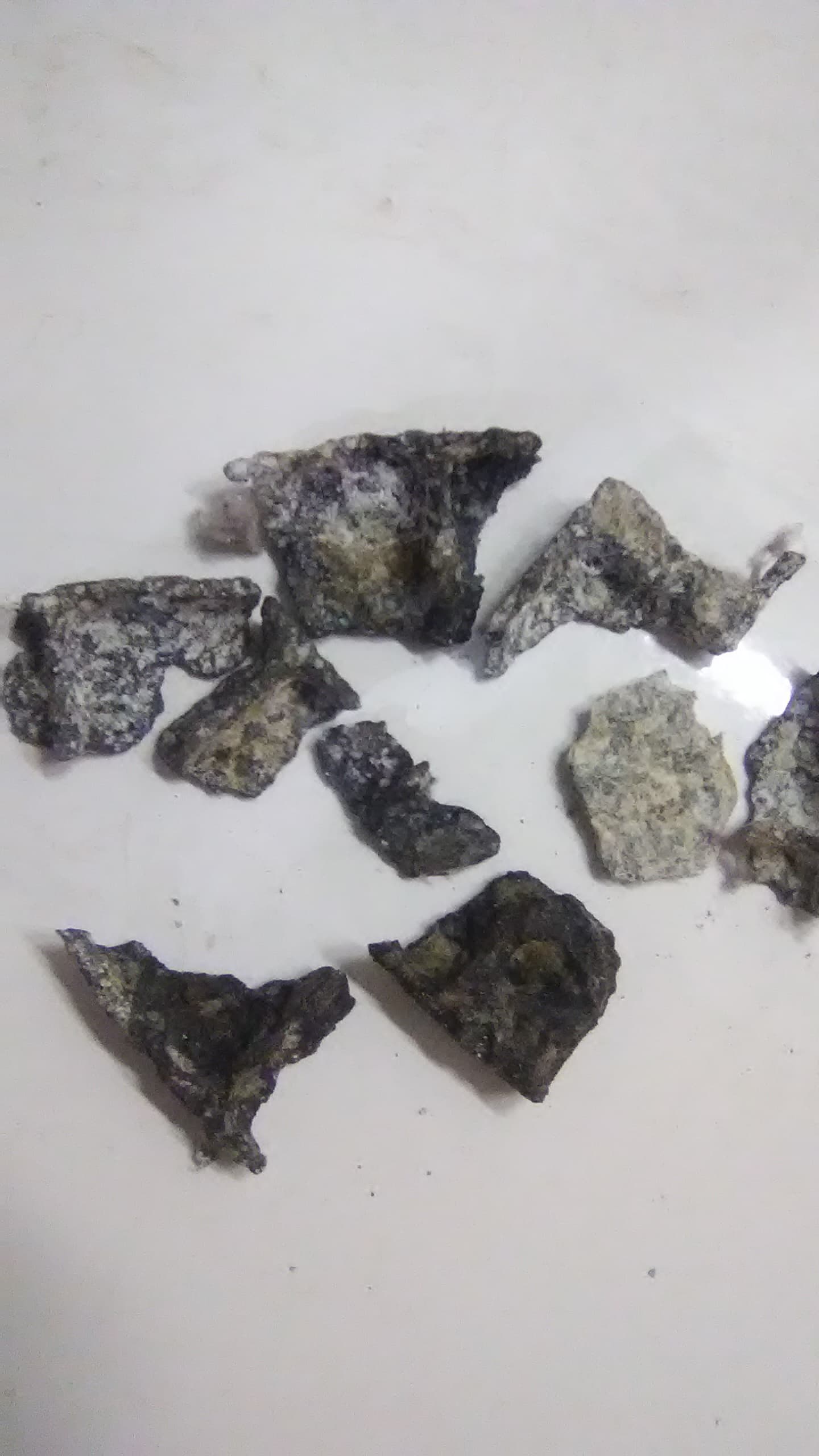 They looked almost like small pieces of concrete that had been soaked for a while. Many of them looked like they had originally been formed into a square grid. There were about 30 pieces total.

I cleaned the lines and put everything back together. So far the test loads have been running fine.

The drum seal is deteriorating and breaking off. Remove the agitator (look up how for your model) and you will see the piece below it is crumbling and made of these same deposits.

Washing machines do have concrete in them - it is used as a mass to reduce vibration (not going into the maths involved...) but those lumps of concrete are fixed to the outside of the drum and are not in contact with the washing cycle water at any time.

So, assume that the kids had been playing with rocks... I would check the filter and pump after the next cycle and again after a couple more as bits could still be working their way down.

The material is probably Zinc. The drum mount is made from zinc, it is part of the built in obsolescence in these machines, it slowly disintegrates over time. It can look like gray stones in the washer or drain filter. It will eventually break and the drum will wobble or stop spinning. It is expensive to replace. Front load washers are the worst, stay away from them.

This is the inner tub hub brace breaking up; pull the agitator out and you will see it.