How plausible (and how hard) is it to modify a billy bookcase to fit a gable-end corner, floor-to-ceiling, with an impinging 45deg roof

I'd like to build a fitted bookcase into the corner of a gable end, such as in this mockup. Excuse the poor attempt, I've never used SketchUp before. 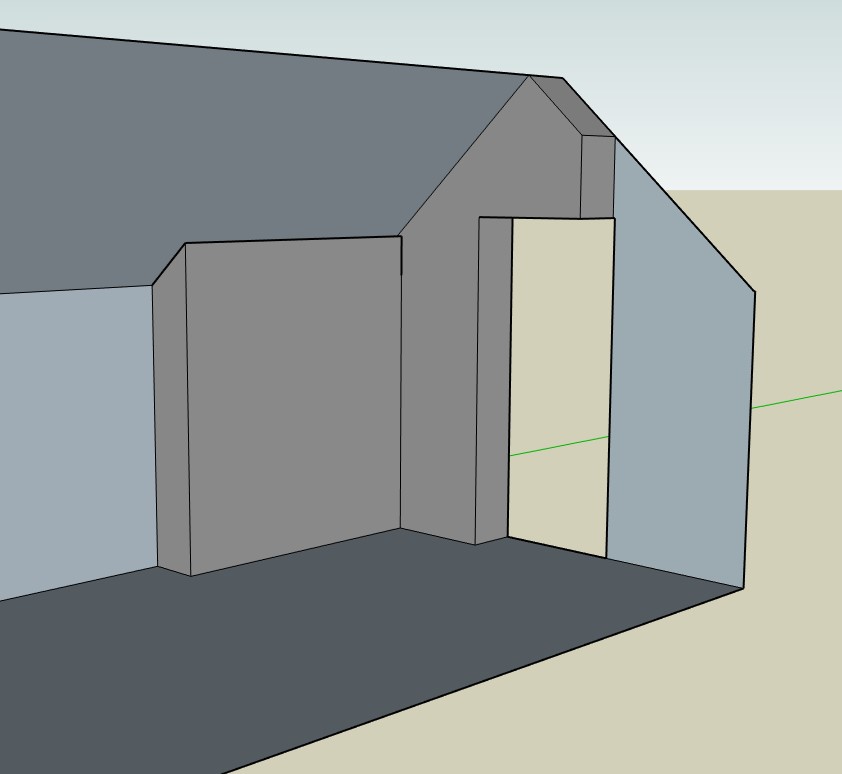 Obviously they should show shelves/dividers etc and a 45deg angled corner section between the two walls, but I figure this is good enough for this question.

I'm undecided at the moment whether the units would stop in line with the edge of the door, continue over the door (as depicted) or (very possibly) go down the other side of the door as well.

My semi-plan is to buy an Ikea Billy bookcase unit or two (probably the large corner unit they do), and see if I can fit it into the corner by cutting bits off and melding other bits on. 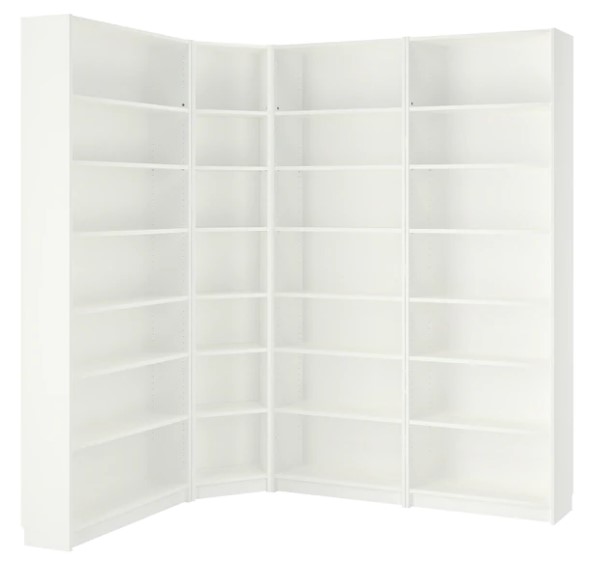 Maybe that's too ambitious and it'd be easier to work with two separate units and forego the 45deg unit between them, and just have them butt up at 90deg and have some wasted space hiding behind.

I have a "can do" attitude, am happy to buy some tools, but a decided lack of woodworking skills/experience.

Is this quite trivial? What tools and techniques are the best way to cut laminated chipboard (or whatever Billy is constructed from) without chipping and ruining the outer layer?

I've never owned a Billy before so at the moment I have no idea what they're made from or fasteners Ikea use and how easy it'd be to relocate them, etc etc.

None of this would be considered trivial. For example, just to do the left bookcase conversion for the 45-degree top.
After cutting off the top of the cabinet to make the 45-degree angle, you would not have a top piece to place on top. The top board is now too narrow because it is at a 45-degree angle. The first issue is how to replace or extend the depth of the top to fit the top of the case. The new cut on the sides no longer have the holes for the cam screw. You would have to replace the original cam screw with other fasteners to join the new top to the sides.
The corner unit adds further complications.
If possible, I would look to find a wall unit that fits up to the gable.
I just modified a full-size pantry cabinet to fit under a stairwell with the angle going across the full width of the cabinet, and it is not trivial.

You can't. Well you can but you can't create this in a "right" way.

Let's understand that while IKEA bookshelves may look good, they stay together based on a series of locks and joints, and for the most part they are MDF crap. I have IKEA crap in my house too and I have modified some of it a bit - shelves into a bench.

But you have two issues in your diagram that you cannot solve with IKEA shelving:

The most plausible thing you can do here is create a 45 degree shelf unit above the Billy bookcase and slide the bookcase in under in full tact. However creating this is rather simple but making it look like that it belongs to the Billy bookcase is going to be really difficult including matching the finish and trimming out the entire "gap" between it and the IKEA bookcase. What makes this even harder is that the side of the bookcase is exposed.

Also just looking at the plans "the top shelf" doesn't make sense. Books wouldn't sit on a shelf that had a 45 degree angle (unless you have books shaped like a triangle). You might as well just let the shelves sit right below this. If the Billy shelves are too big you need to find ones that will fit better. If you want it really to look like this then you should think about using real wood.

Not the answer you're looking for? Browse other questions tagged woodworking shelving built-ins or ask your own question.

5
How do I prevent doors on a media cabinet from sagging?
5
Installing base cabinets - screwing to the wall and each other?
10
Built-In Shelves/Bookcases - IKEA vs Built