My toilet has an unusual type of button to flush it, which is shown in these pictures: 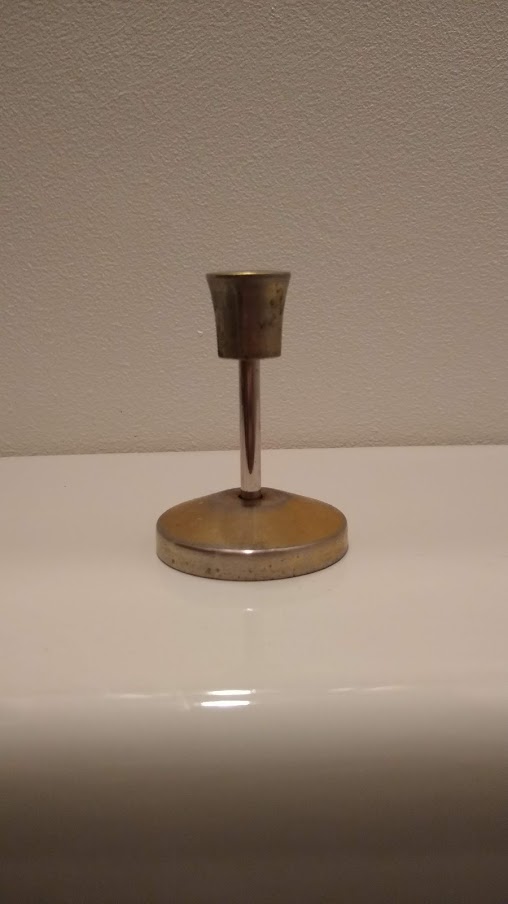 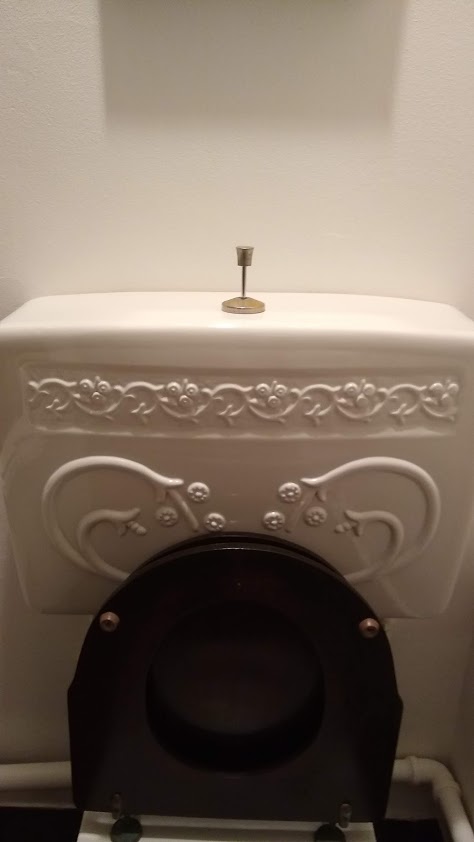 The top part which you actually push and the base both unscrew from the shaft in the middle (which is connected directly to the internal flushing mechanism), and I would like to replace both of them as they were originally a gold/brass colour and have faded significantly over the years. However, all of the retailers I've looked at seem to only sell two types of flusher: a) the button type which sits on top of the middle of the tank cover, or b) the handle type which sits on the front and to the side of the tank cover. I am further frustrated by being unable to search for my type of flusher specifically as I do not know its name.

Do you know what type of toilet flusher this is?

If this is beyond unusual and is, in fact, unique, then do you know where I could salvage parts to replace the top and base of this flusher?

You'll probably have some issues connecting the old and the new, but this should get you started. The underlying Kohler unit might be useful in the future if you need to start replacing parts...

If the existing parts are solid metal (not plated plastic), it's likely that they can be made to look nice again, with polishing and then (depending on the metal and the desired finish) electroplating, some other coating, or nothing. It's an easy job for someone who has the tools.

3
How do I make a new toilet tank on an old bowl flush properly?
2
How can I repair a toilet that is leaking at the base?
1
Toilet Tank slow leak, have all new parts, tried all troubleshooting...help!
1
Filling up toilet bowl after flush to save water
1
We're in the middle of a(n epic) flood. Why won't my toilet flush?
2
What’s the marginal value increase as toilet price increases?
1
Is it safe to flush a high pressure toilet that hasn't been flushed in > 3 years?
0
Help Identifying toilet tank make and model
1
What is this extra hole in my toilet tank?