These are the original lights in my 1984 house. They are in all 3 bathrooms, 11 total, in soffits above the sinks. They are 7" cans presently with BR30 45W, 65W, or 75W incandescent bulbs. The bulbs are getting to be harder to find, but for now I can still buy them. The cover is a frosted glass dome. The bulb protrudes slightly below the soffit into the dome.

All the LED BR30 replacements that I have found indicate that they should not be used in enclosed spaces. A 65W LED equivalent is only 11W, so I don't think that it will heat up too much. Maybe the life would be reduced somewhat.

All LED can retrofits that I have found are for 4" or 6" cans. It seems that 7" was never very common. Most of the retrofits are recessed, I really don't want a recessed spot, I want a very broad light so it will reflect off the mirror and provide some frontal lighting.

I have found some flat LED round panels that are designed to be mounted directly to the ceiling without a can. These should meet my broad light requirement, and if I can find one thin enough, this might work. None of these are made by the more respectable companies, that bothers me somewhat. 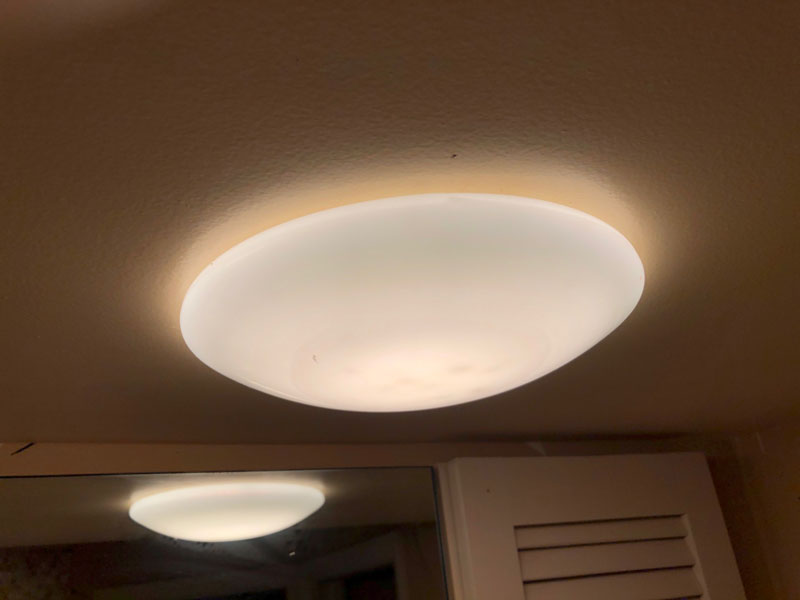 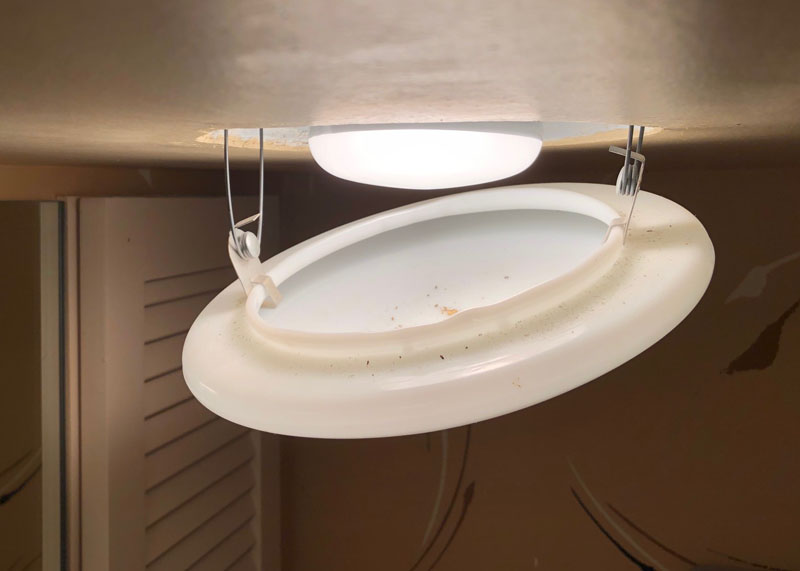 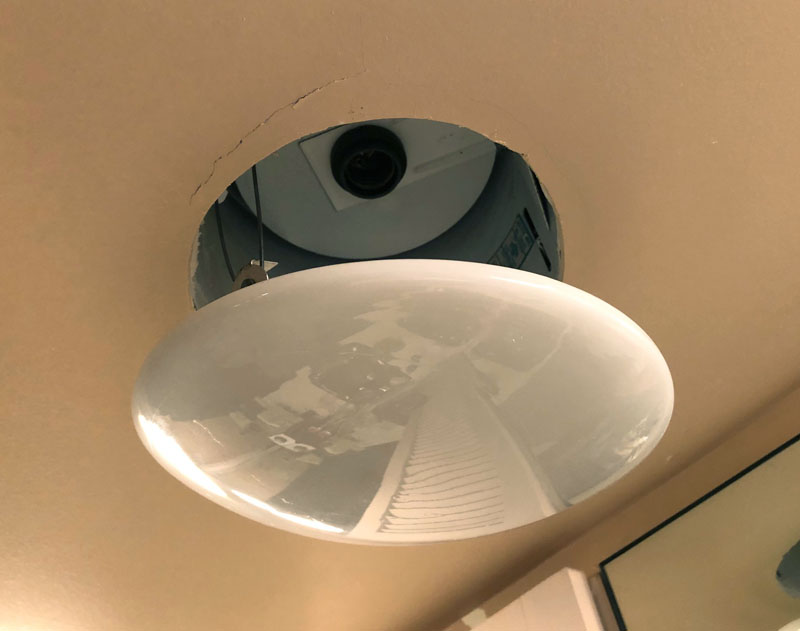 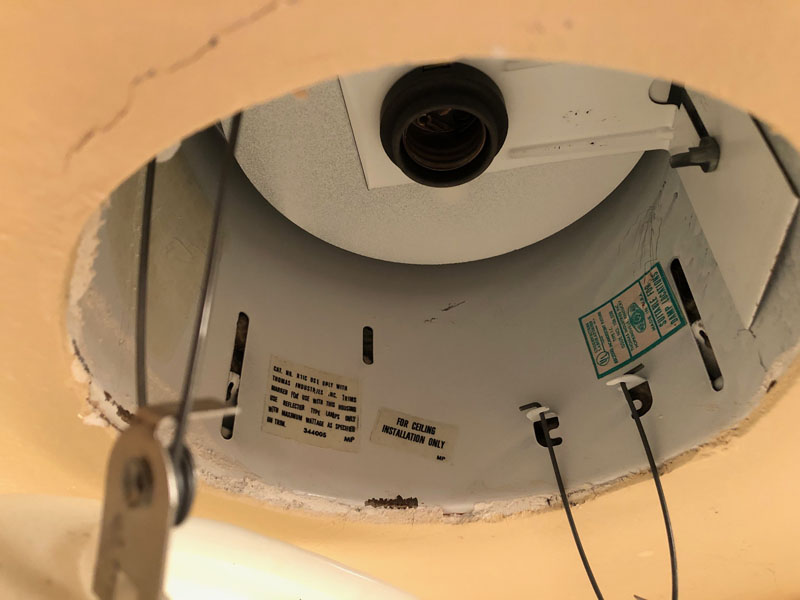 The war on fire: Incandescent bulbs don't care about heat, they love it, they love being oven lights. They also create a lot of it! A 40W bulb makes 39 watts of heat and 1 watt of light. So with incandescent, the war is to keep the incandescent's heat from setting the building on fire. A great deal of fixture design goes toward that purpose, including the lamping limits (e.g. 60 watts).

The war on product longevity: LEDs and CFLs make far less heat. A 40-watt equivalent LED (7W) is very efficient, it makes 1 watt of light and only 6 watts of heat. However, LED and CFL must be kept cool. Their driver/ballast will have its service life shortened by excessive heat. LED emitters can burn out if not properly cooled. (junction temp at the emitter must be < 185-240F; the heatsink must be significantly cooler to move heat away fast enough.)

So in a closed fixture, the war shifts from "preventing fire" to "keeping the lamps cool enough to last". Certainly a better prospect!

Presumably you will not want to fit LED bulbs brighter than 20 watts actual (about 150 watts effective) because it would be just too much light. That means that thermal issues are completely off the table, and the reflector requirement on the label is simply not required anymore.

And I would go for one that is shorter than your current BR30s, so it lights the diffuser more evenly. 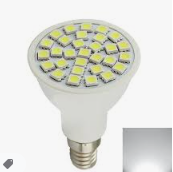 [src: China, not one I'd reco, but this is the general idea.]

The bulb can be as simple as that: raw 5050 emitters arranged on a flat surface. Don't buy an LED that has a PAR style reflector: first, reflectors are silly with LEDs, and second, that will give you too narrow a beam.

Yes - I would try the LED Flood light first which generate less heat than incandescent. This is less work than trying to convert the current can mounts to 4" round to mount the flat panels that are mounted by a crossbar in the outlet box. Flat panels don't need a can, but still needs feed outlet, either for power and some for the mounting point.

Below is link to one brand/source that you can select the color temp, etc.

5
What can I do to avoid incandescent bulbs for my 3-bulb ceiling fan, yet maintain brightness?
0
Upgrading to LED Bulbs
3
Poor LED dimming performance
2
Safe to put insulation around recessed light cans after convert to LED?
0
what are my options when it comes to updating my recessed lighting?
1
How many LED pot lights per circuit?
0
One Flickering LED Bulb On Switch with 4 Bulbs
0
Prevent LED Recessed Lighting Trim from getting stuck - Springs vs. Friction