I have a GE chest freezer FCM11PHBWW. It simply stopped working after having been moved to a new house. It was not dropped or not turned on end. It was simple moved. It was then plugged into a live circuit and was dead. I have tried other outlets, have traced all wires for continuity. The compressor checks out OK with the meter. I replaced the OPL and PTC since they were cheap. The only thing left was the thermostat and it is OK too. The ONLY thing left is the LED ‘on’ light.

As far as schematics go I understand straight lines and can see what they connect to. Not a lot beyond that.

So this LED light does not have continuity. Inside it has an LED lamp and a resistor. It can’t get the freaking thing apart for fear of breaking it although I may have to. A replacement one costs about $30.00! That seems a bit exorbitant for little green light. My thought is “to cost that much this thing must be pretty damn important”. Could it be my problem? 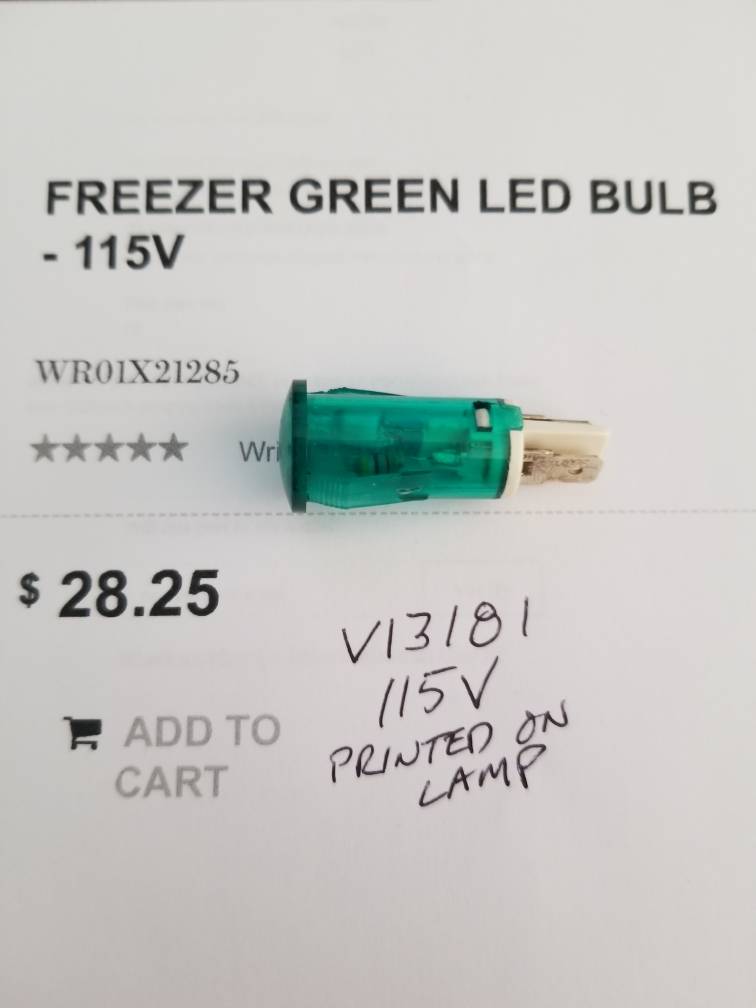 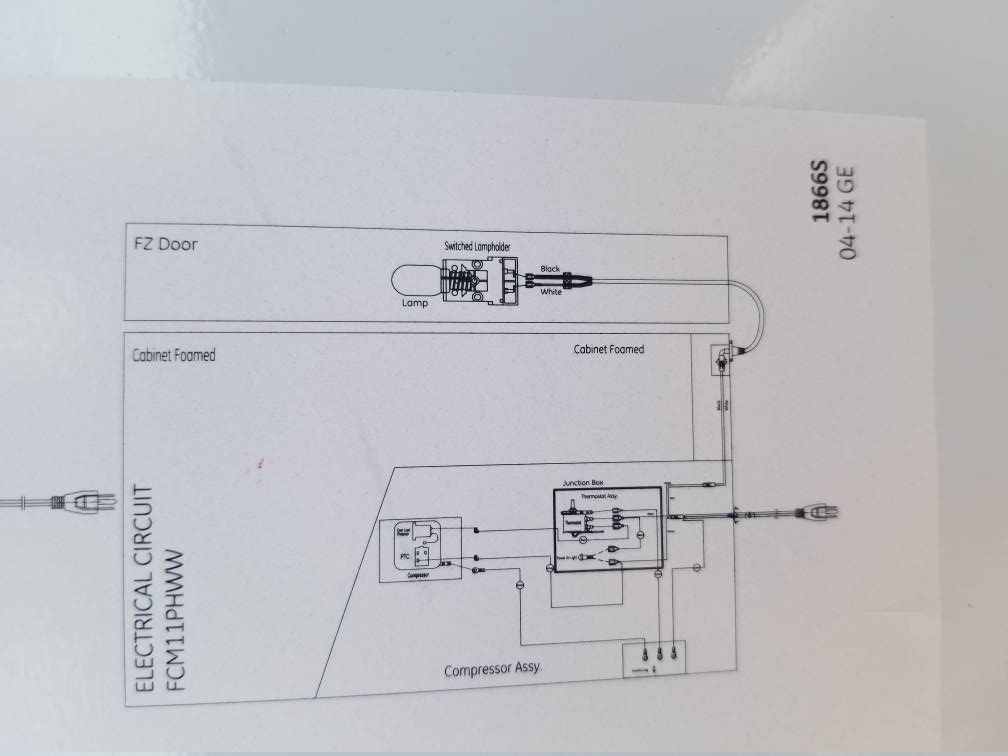 No the led is not your problem! An led will only show if there is voltage. Try putting a load on that outlet a volt meter may show good but plug in a curling iron and nothing. This happens with backstabbed receptacles all the time , sometimes a loose screw or wirenut . Try a load test and you may find the power goes way.

An LED won't show continuity. You could test it with a diode checker though. Or, since the module is designed to be powered from mains directly, just (carefully) hook it up to mains power to test it. In any case I can't imagine that a failed lamp is going to prevent the freezer operating.

Rather than test continuity of things, plug the freezer in and check for voltages. Attach one meter lead to a known-good neutral then start tracing hot wires and checking voltages with the other meter lead. Sooner or later you'll have to find a place in the circuit that should show mains voltage but doesn't, or a place that should show 0 volts (because it's supposed to be wired to neutral) but shows mains voltage instead. Either of those things indicates an open circuit: a control switch that should have closed but didn't, or a connection that has failed.

Also, the schematic photo is just a little too small to be legible. Try a little higher resolution.

4
Can I plug an air conditioner and a chest freezer into the same outlet?
3
Refrigerator is not making ice or serving water
6
Refrigerator fail due to adjacent chest freezer
3
Freezer too warm - thermostat or leak?
0
Would unplugging help melt ice build up in freezer with warm refrigerator?
0
Refrigerator Ice Maker Frozen Fan
0
Freezer not cooling
1
Electrical help on amps and wiring