Concrete retaining wall with lean and crack, looking for input

We bought our 100 year old house “as-is” a year ago with various small cracks and a firm, but somewhat eroded foundation. This all needs to be addressed eventually, however, a large crack with leaning segment of the retaining wall is my current and primary concern. My intention is primarily to prevent failure from an earthquake or some other novel cause of pressure or compromise.

Currently I see myself laying somewhat of a raised footing without excavating below the existing wall (no existing footing for retaining wall), placing concrete blocks and filling them with concrete and rebar. I would also place concrete between the blocks and the existing wall to attempt to fill in the void that will be caused by building a level vertical wall in front of a leaning wall.

Since this will be only my second time working with concrete and the most substantial and permanent home improvement project that I have ever undertaken, I am here looking for any and all comments, advice, concerns, creative thought, first hand experience, and any and all reference to resources directly related to the task at hand.

The following may be extraneous, but is relevant if you have the time to read.

I could be wrong, but for the following reasons, I believe the factors that caused the issue are no longer at work: (1) I dug a ditch to install a drain and divert water from the foundation, but observed for a week before filling the ditch. Some of the heaviest rainfall of the year came down during that week and I saw very little filling that ditch. (2) the house had no gutters for atleast 2 years before we bought it and likely no proper drainage before that time leading to the removal of the gutter. (3) The sewer line comes out just above the leaning wall and in ‘96 it was transferred from septic to sewer with all plumbing exterior of the wall replaced. A wide shallow depression can be seen above ground where the pipeline is.

I’ve had three different quotes with three entirely different types of solutions suggested (all costs from memory). The first was to install I beams to support the wall in addition to some other work that I can’t remember but would help reset the wall to vertical ($30,000) along with the suggestion that I first install a French drain. The second was to seal the crack with an epoxy or similar and apply a sort of structural bandage perpendicular and over the crack ($5000). The third was to shotcrete the entire basement foundation ($50,000). The third contractor suggested that if he was me (with little experience, limited funds, and no access to the same types of professional tools), he’d put a new wall in in front of and spanning the compromised segment of foundation and atleast a few feet around the corner.

All of that being said, I intend to construct a wall as suggested and for several reasons. (1) All tools and supplies required don’t cost all that much. (2) It is a permanent and reliable fix suggested even by a professional. (3) The fix doesn’t have to be immediate so I can gather supplies and tools over time and I have the means to transport said supplies. (4) I have the ability and the will to go through with the extensive labor that it requires.

Thank you for your time and please take the time to comment if you have it. 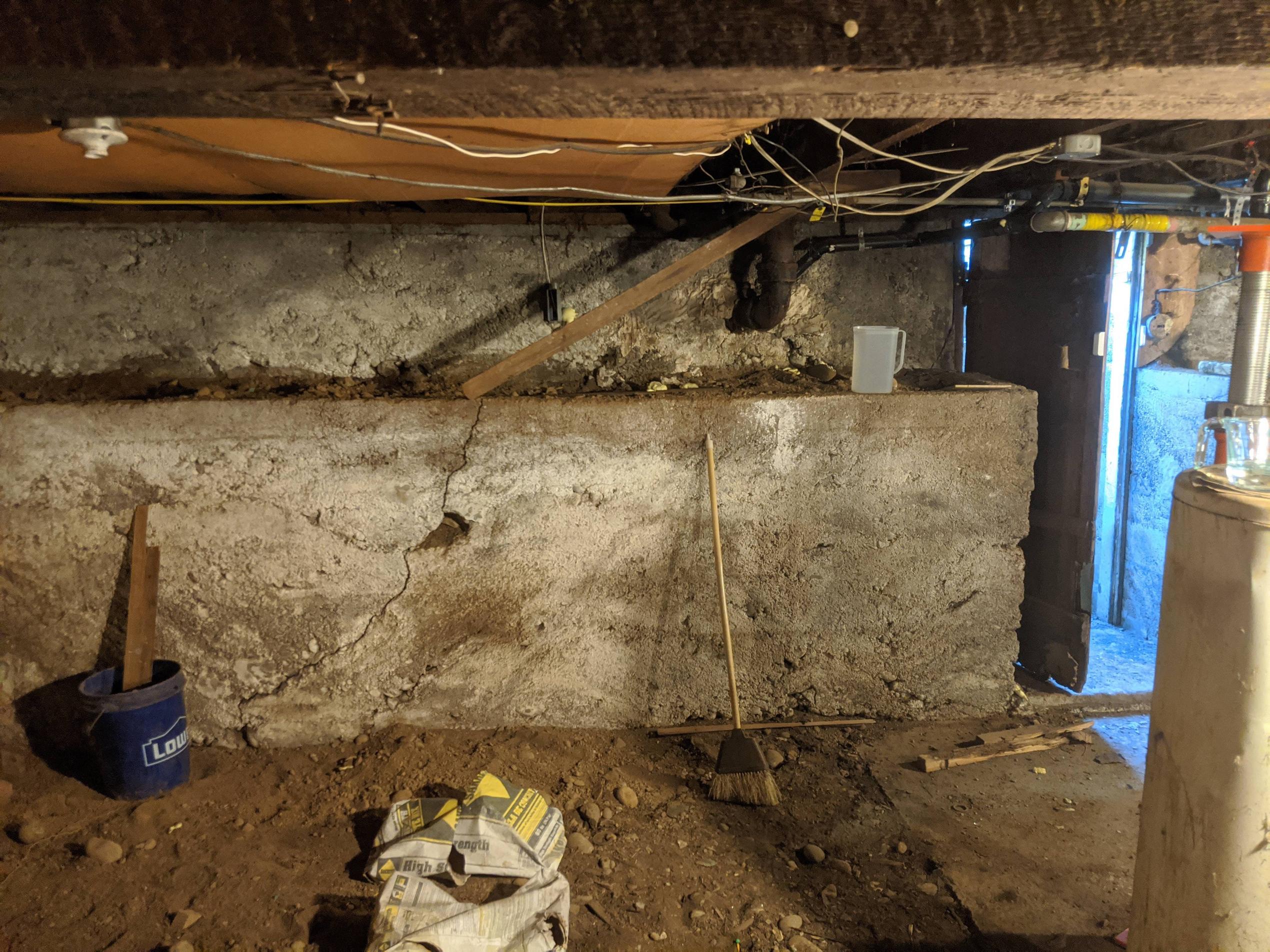 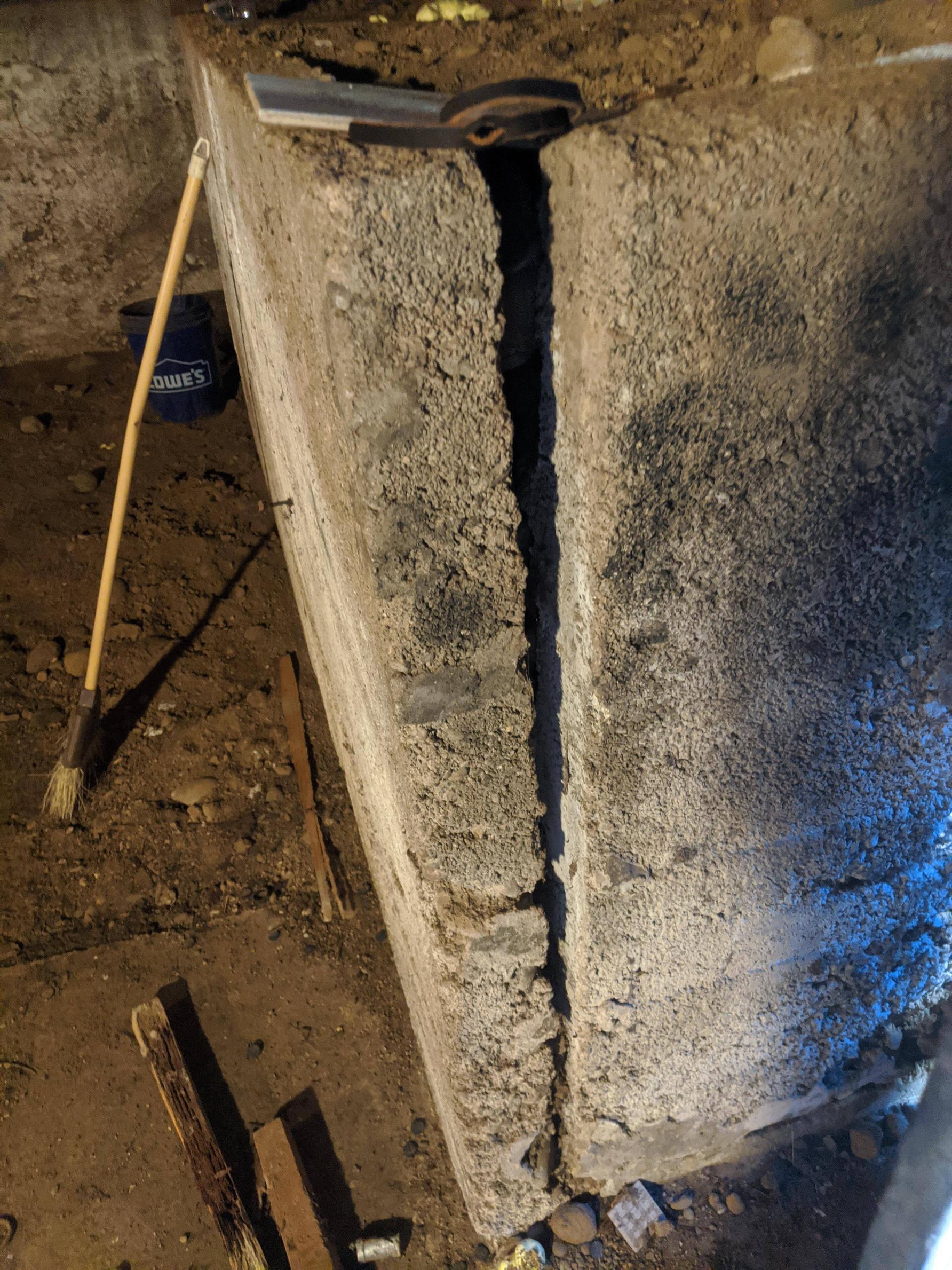 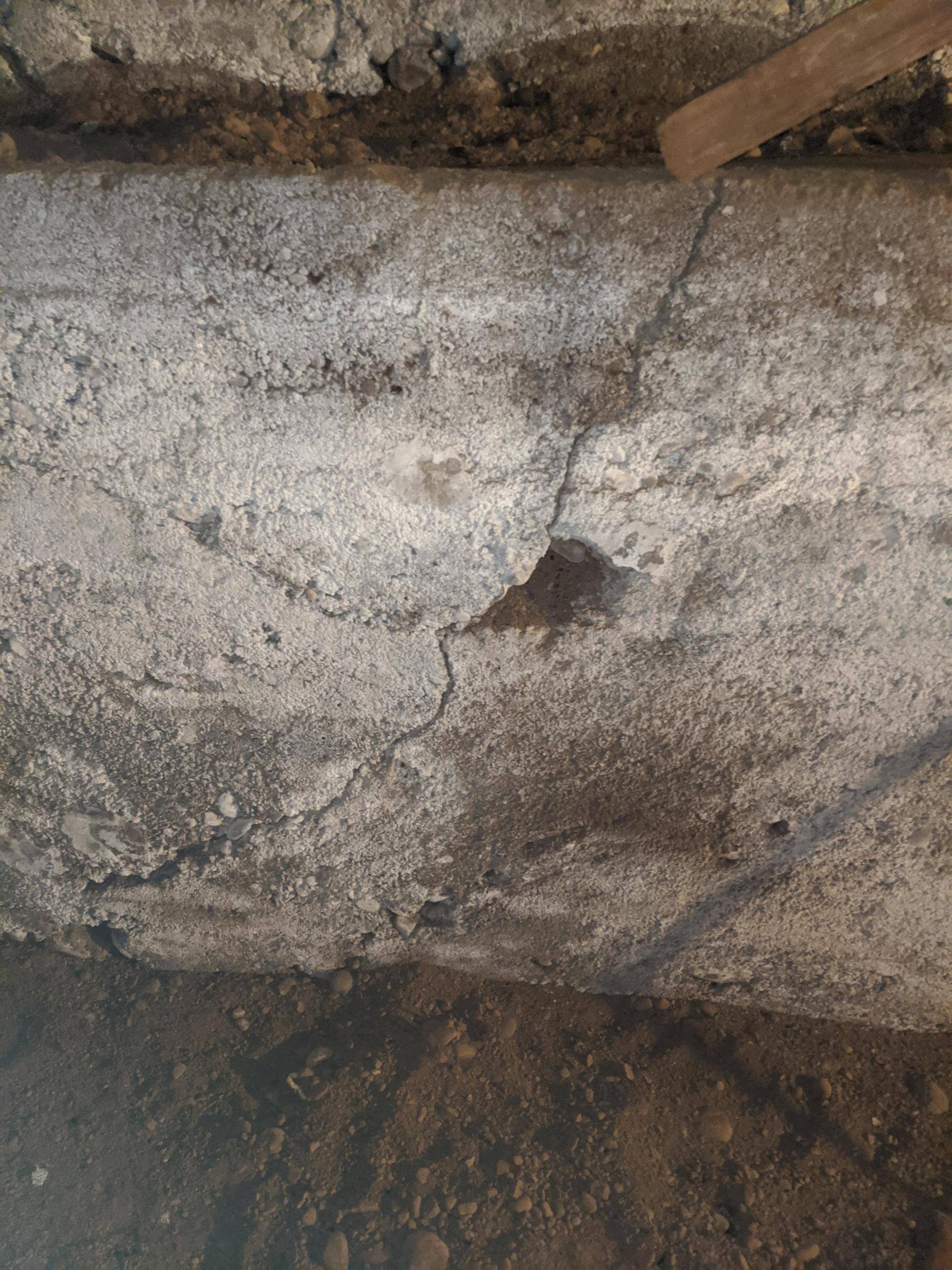 This site prefers not to provide 'call a professional' answers and I might receive some less positive reception for this answer, but this is a case where I think that it is appropriate.

My suggestion is to hire a local structural engineer to do a site visit and provide you with their opinion of the situation and additionally, if you prefer, a DIY fix solution. I say this because 1) I am a struc engineer and I have done plenty of these types of site visits and often (usually) the result that the issue or fix is NOT what the homeowner or contractor thought that it was (and changes how it is addressed) 2) the quotes you provided are large in comparison to the cost of the review by a struc and it is very likely that you would both get a solution that is less expensive to construct and you are sure that the problem is addressed permanently, you don't have to worry any more about it.

One likely outcome is that less work is required. You have noted that you addressed the water issue. Hydrostatic forces are higher than the soil forces, so more than doubles the load. These things would be considered by the engineer, and they would be on site to consider the individual situation that you have. I would expect the cost to be in a range in the middle to upper middle three digit range for the site visit and even a small change in the cost of the bids you received would more than make up for the initial cost. If nothing else, call one and ask their fee and what they would do for you. A small firm is a better choice over a large one for cost and personal service at this project level. I have no doubt that it would be some of the best money that you ever spent.

I doubt if it’s a retaining wall. Also, I doubt if it was constructed at the time the house was built.

I’ll make several assumptions and you let me know if I’m wrong.

1) The first picture shows the upper wall with a sole plate mortared to the top of the wall. This indicates the wall was poured up close to the existing wood floor system and then the sole plate added...rather than the typical method of placing the plate directly on the concrete foundation and building the wood floor system on top of it.

2) The “leaning wall” in the first picture does not have a footing. If you look close at the bottom of the wall where it meets the dirt (by the broom,) you’ll notice the bottom edge is ragged and does not attach to a footing.

In order for a wall to be a “retaining wall” it must have a footing. (There is a way of creating a footing that extends the opposite direction, but it’s complicated and wouldn’t be proper here.) If you push a small rod into the ground next to the wall you can easily verify my theory.

3) The upper wall looks like it does not have a footing either.

4) In the panoramic picture, there are no indications of “board forms”, which would have been used 100 years ago.

5) The wall is too thin to have adequate rebar on the tension side of the wall.

6) The first picture shows a buried oil tank. It was partially exposed as the basement was dug out.

Therefore, I suspect a previous owner “hand dug” the basement out over time, poured the walls, but never finished completing the basement. (That’s a lot of work.)

Clearly the wall is holding back dirt, which is holding up the upper wall and possibly other footings around the house.

If you add a steel beam to hold the top of the leaning wall you could put new stress on the wall and cause the wall to fail.

So, now how to fix the wall.

A) First is to brace the bottom of the bottom wall so it cannot slide or move. I’d build a 36” wide x12” high footing next to the wall with rebar extending up for pilasters at 48” on center around the perimeter. It should be constructed about 8” into undisturbed soil...this will keep it from sliding. I’d use #6 rebar at 12” on center each way in the top and bottom of the footing. I’d extend 2-#6 bars up at each pilaster. Place the rebars in the top of the footing about 2” from the top.

B) Next I’d build 8” deep x 12” wide pilasters at 48” on center around the perimeter. I’d fit it right to the wall so it cannot too anymore. I’d extend the plasters up to the top of the lower wall and use 2-#6 bars located 2” from the existing wall and hook into the footing.

This will structurally hold the leaning wall. Then, you can add a concrete floor and finish the basement.

Not the answer you're looking for? Browse other questions tagged concrete foundation retaining-wall footings concrete-block or ask your own question.