The attached photo is the lower thermostat on my electric hot water heater. We noticed a burning odor yesterday so I shut off the power and looked behind the panels to investigate. How is this problem repaired? Thank you. If it helps, I believe the problem is described by someone with more knowledge that me in this answer: https://diy.stackexchange.com/a/130763/56424. 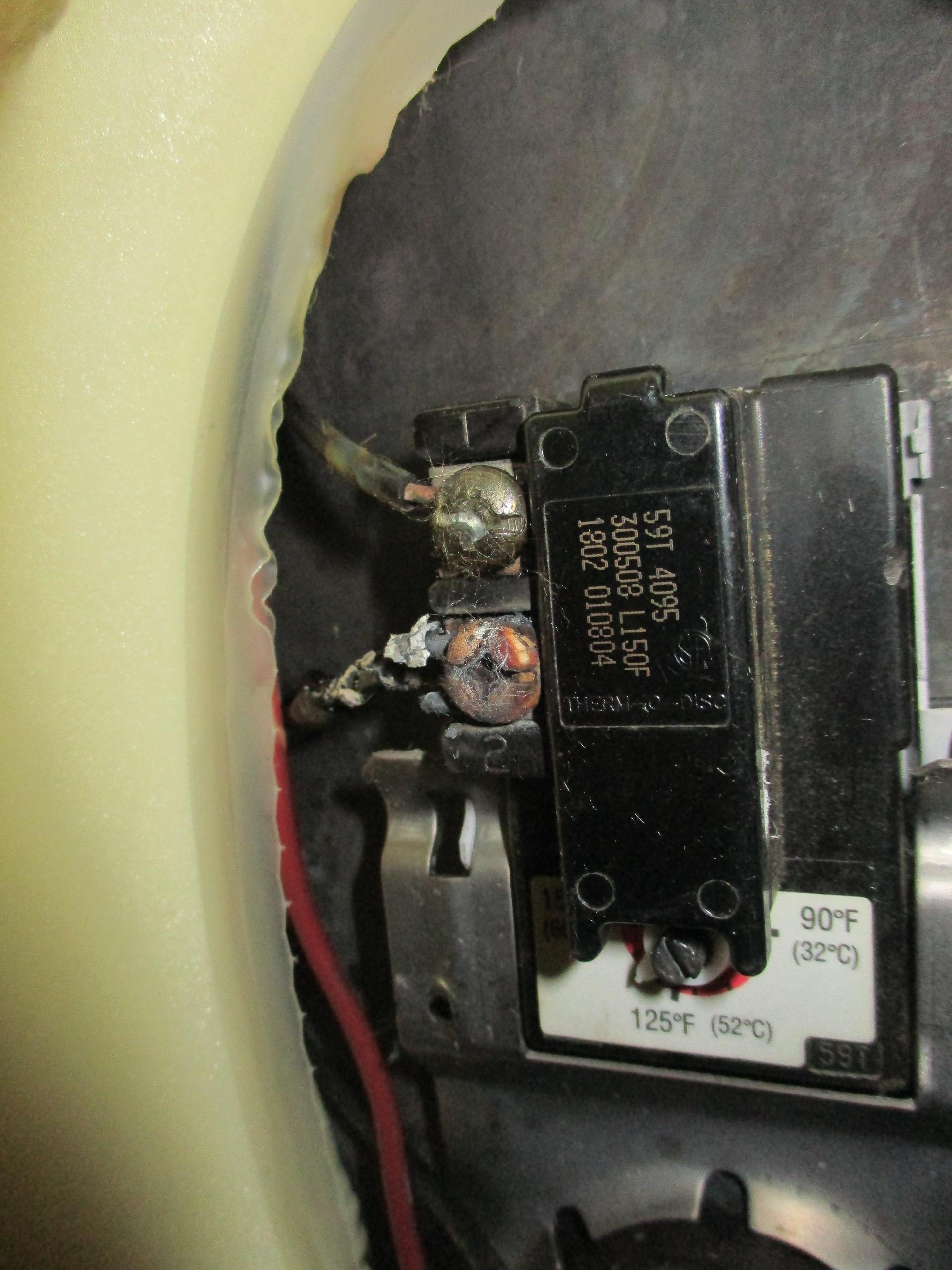 Update: It looks like the thermostat got fried - it was all burned out on the inside and stunk something awful. I replaced it and all seems well. The burned screw is leading to the heating element, which I tested for resistence as described by other members and concluded was fine.

It looks like the main damage is the insulation of the wire that I assume goes to the supply. You will need to replace or, if possible, repair the wire's insulation. If the conductors are also burned you will need to replace. Some heat-shrink tubing that has the same heat rating at the original wire, which is probably at least 90C could be used. But check that as it should be marked on the undamaged wire.

A water heater element is a 240V connection that has no connection to ground. Often these fail internally and one of the conductors will connect to the steel tube that contains the element itself. So if you measure one with a VOM (that's a Volt-Ohm-Meter) with the POWER OFF!!! and the wires disconnected from the element, you should get a reasonable resistance (in OHMS mode) between the two terminals and a very high or infinite resistance from either terminal to ground.

What is reasonable? Well you need to check the label on the unit where the element power outputs are listed. Often they are in the range of 4-5 KW (that's kilo-Watts). Ohm's Law and the Power Equation will give you the expected resistance:

You need to pull the component and see where the damage started / is worst.

I think the problem started right at the screw terminal. This is probably due to incorrect torque on the screw. And this is why torque screwdrivers were recently made mandatory for this kind of thing.

Not the answer you're looking for? Browse other questions tagged electrical water-heater hot-water or ask your own question.

2
Why did a failing water heater emit an electrical burning odor?