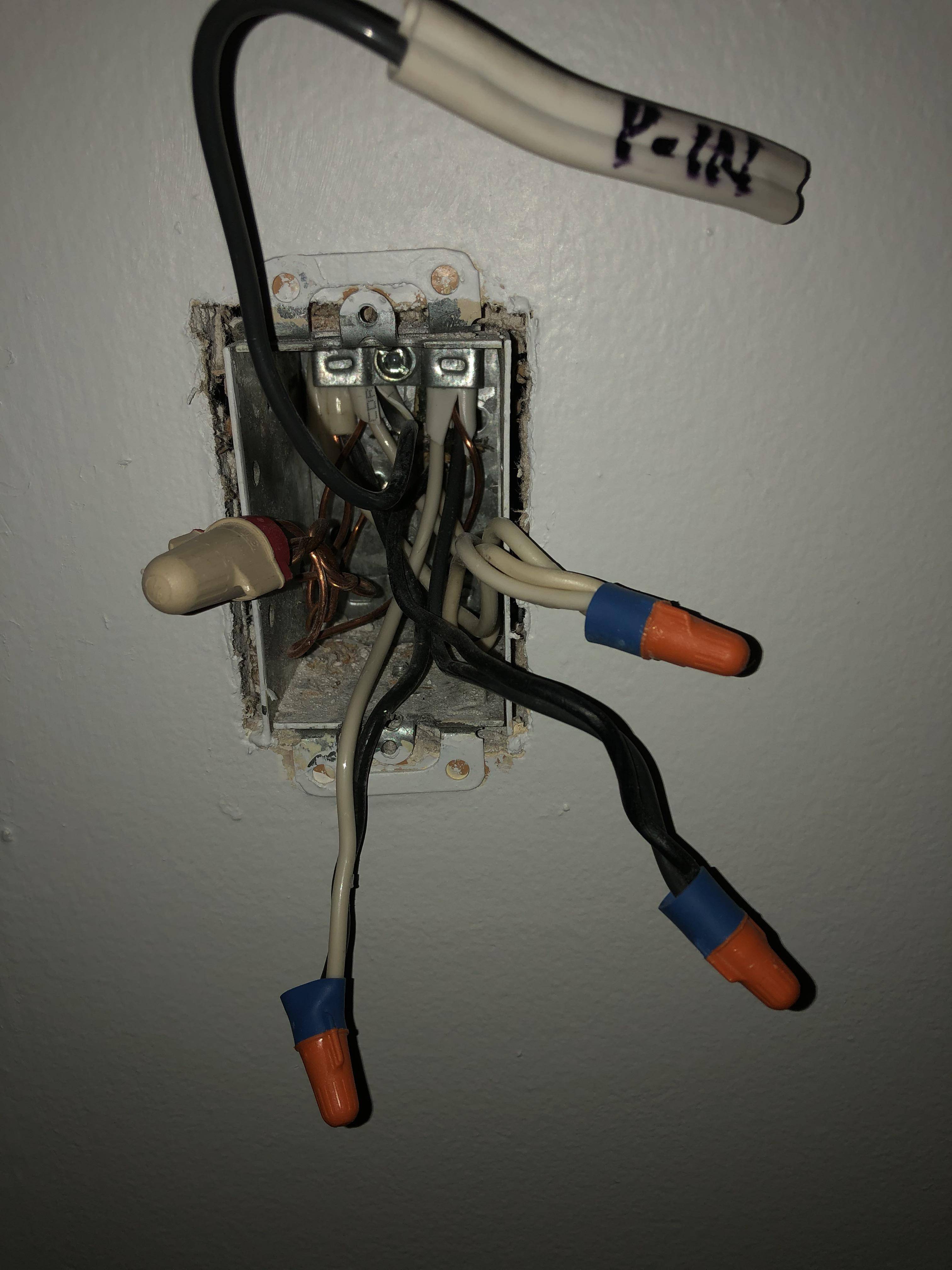 I recently had a renovation complete with only the rough in work done for electrical. Due to the pandemic, its hard to get people to come by to finish the work. I am trying to install a single pole light switch for my laundry room, but i am confused by the layout of the wiring to the box. It seems there are four wires coming into the box - and i cant tell which to use to wire the switch.

Any help would be really appreciated, or an explanation. Thank you!

Assuming you haven't mangled the old switch wires, take a photo of how they look and post it.

Typically (TYPICALLY!!!) you'll have a 'feeder' circuit- that'll be one set of black/white/copper coming in. You'll then have another black/white/copper going out (probably up, if it's a light, but that's because of the way walls work).

The 'feeder' circuit is going to be 'hot'. You have the power to the wall turned off right? You should also see a pigtail (wirenut) around one of the sets of wires- they should have been twisted together. The wire that went to the switch should have a bent curve around it. The feeder wire is bent (black) and goes to the lower portion of the switch. The lighting circuit black goes to the top of the switch. The two white wires get tied together via wire nut.

The copper wires get tied together and two little 'pig tails' come off of them- one goes to the metal box to 'ground' it and the other goes to the switch (green screw) to 'ground it'.

But please, post photos. These are ALL ASSUMPTIONS. And if you aren't sure or don't know, please don't. You can hurt yourself badly.

And if you have any other colored wires- red for instance, your circuit is more complicated.

Also, if the breaker is off, you can cap off the switch wires with a wire nut and turn the breaker back on temporarily- that'll tell you if there is any down-stream wiring that would make this more complicated.

If you really only have 4 wires coming in- black/white and black/white, then you have no grounds, and you follow the same thing as above but no grounding the outlet box. So you need to be doubly careful as if you energize the switch it won't necessarily fault out but could energize anyone touching it.

And if you don't have grounds and this is a bathroom, then you need a special breaker called an Arc-Fault / Ground-Fault Interrupter. They're expensive, but you should have that in there to protect you and your family.

Not the answer you're looking for? Browse other questions tagged electrical lighting receptacle or ask your own question.