What is a butcher block?

I had so far gathered that for a block to be called a "butcher block," the grain must be perpendicular to the surface.

I guessed that this orientation of the grain is meant for beauty. A table made with the grain in this direction would be weak in both direction. 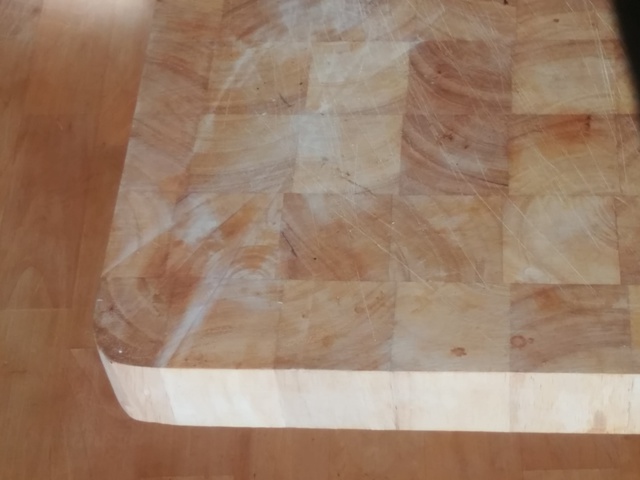 Can you correct the terminology and/or my understanding?

"I had so far gathered that for a block to be called a "butcher block," the grain must be perpendicular to the surface".

It refers to both end grain and edge grain.

The ones for butchering or chopping typically are end grain and are more forgiving or self-healing, they will not show blade marks as readily or be as damaged by the knife/cleaver blade.

"Butcher blocks have been used in butcher shops for centuries, and still are in many European countries. Increasingly, though, butcher block is being used in domestic kitchens as an alternative to stone and laminate countertops. This has created a new industry in the kitchen design arena and many furniture manufacturers and hardwood flooring companies are getting into the production of butcher blocks and butcher block countertops, in part because the countertops can be constructed from left-over wood that would otherwise be discarded."

Beauty has nothing to do with it.

It's all about function.

That example is very thin for a real Butcher Block (so it's not, IMHO), which often approximate a cube, and are intended to take some serious use in the process of meatcutting. They may be 12-18 inches thick. They are massive. 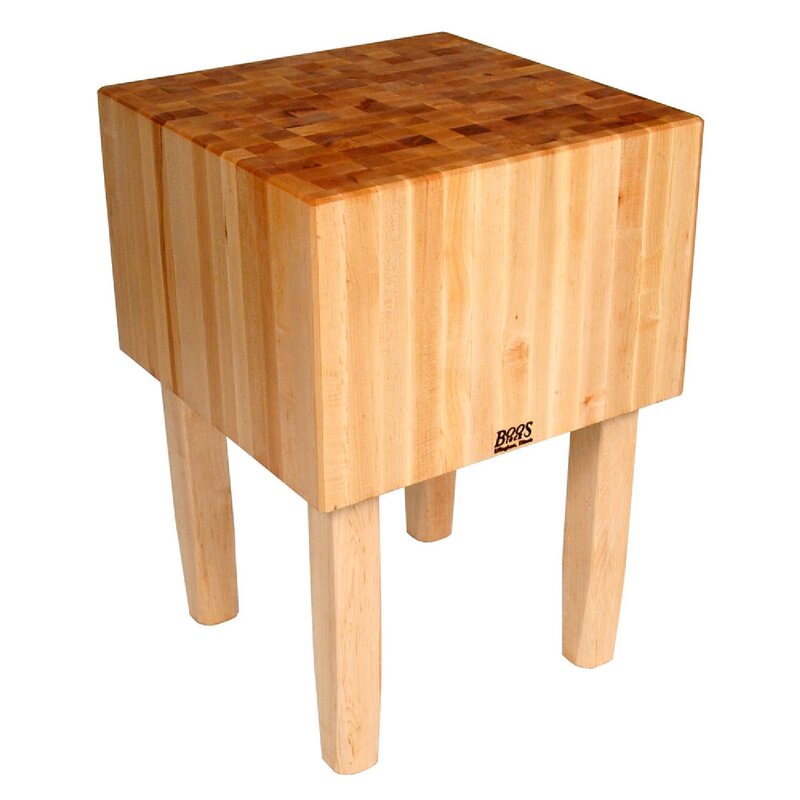 That thin slab could be made somewhat functional by putting it on a plywood substrate.

Not the answer you're looking for? Browse other questions tagged carpentry or ask your own question.

2
What are the main options for fastening MDF to MDF?
4
What are the differences between wood and composite shoe molding?
0
What is the technical term for this corner cupboard?
0
What should I consider when designing a simple bookcase that will be built without power tools?
2
What type of Drill should I go for?
1
Staggered block matrix
1
I have wood block of 50 * 50 * 50 mm. I want to make 1mm hole ( depth), having diameter of 40mm. Which power tool should I use?
2
What type of wood is suitable for fascia?