What do I need to do to prepare to remove a textured (popcorn) walls?

The wall was put on probably 90s/80s/2000s It’s been through 4 generations of teen girls, my mom asked for it because a guy my grandpa knew was able to put them on. Popcorn walls are uncommon but they unfortunately exist 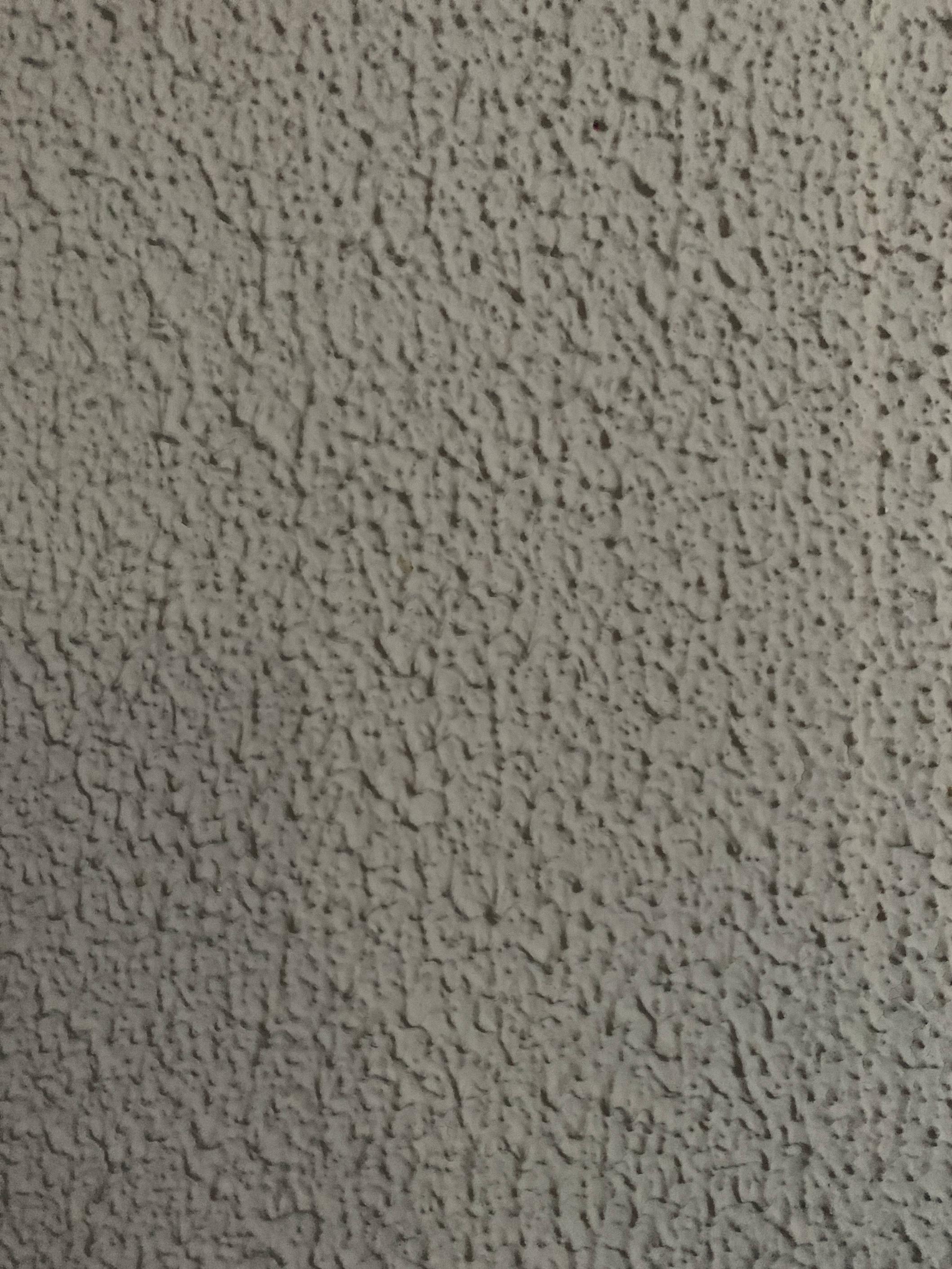 As noted in the comments, you * NEED * to be positive that this isn't 70s vintage, because of the possibility of asbestos. If this was my house, I'd send a sample to a lab.

What's behind the wall depends on the vintage of the house itself. If it's post-50s, it's probably a manufactured board product like drywall. Prior to that, it's apt to be some kind of lath/plaster. Either way, you'll have some sort of a substrate to work from. Don't expect it to be in perfect shape after you've removed the texture -- you'll probably have to skim the whole thing. (This is where the comment about adding a new layer of thin drywall starts to look pretty good, though trim and electrical boxes need to figure into the calculation...)

Mask-wise, you should probably wait until you can procure a mask. This emergency isn't going to last forever in the way that you want your lungs to last forever.

When actually scraping, a spray bottle is probably the best option.

Paint layers on texture will make it much harder to scrape, as the moisture you're applying won't seep in as much. A sharp scraper will help, which usually means either a lot of blades, or the ability to quickly and easily sharpen them yourself throughout the day.

Definitely be careful... the "popcorn" is made from something called vermiculite. It's a mineral (similar to micah) that expands when high heat is applied. There was a mine in Libby, Montana that produced something like 70% of all vermiculite in the US. Problem was, they ran into an asbestos vein. Lucky me, I purchased a home that had an attic chock full of vermiculite. Even luckier, they stuffed the WALLS with it, too. :(

The problem is that it was packaged in bags, and you can't tell which bags had vermiculite. Only lab testing can tell you that. And one sample from one part of an attic (or wall) might test negative for asbestos and another might test positive.

FYI, there was a very large class action lawsuit that was settled, and a trust was established to help homeowners trying to mitigate vermiculite. Basically, you can get up to 50% of $7500 worth of mitigation costs repaid to you. You're only eligible if you have original packaging, receipts, or samples taken from the site which are proven to be from Libby, MT. The lab test for this doesn't test for asbestos (which is expensive), but rather it tests for the presence of other elements (boron if I recall correctly) that are unique to the Libby mine. This website details it all: https://www.zonoliteatticinsulation.com/

The problem with vermiculite arises when it is disturbed. It is very friable, which means it can easily turn into airborne dust. THIS is when it becomes a problem (if it contains asbestos), because it can easily be inhaled into the lungs. This can cause all sorts of respiratory diseases for you later in life. If you start scraping that stuff off, it is absolutely going to get into the air.

When I had my house mitigated, they basically turned the interior into a negative air space so that no dust could escape. The workers wear suits and respirators. They cover everything in plastic, and use water to capture airborne particles. At the end, they use HEPA vaccuums for a final clean up.

All of the remains got placed into bags, and were sent to a Super Fund disposal site. And by disposal site, they really mean storage site. It stays there forever. The best thing is that MY name is attached to those bags, because I own it. Forever.

After the mitigation was done, we still found vermiculite dust everywhere. We purchased some 3M masks that used P100 style pink filters. Bought them from Home Depot.

If I recall, they cost $35-40 when we did this. I bought three for my family so we could work in there finishing the clean up. We also bought a really good portable filter that we ran non-stop for a couple weeks. The filter was pretty nasty at the end of the two weeks.

Be careful if you do it yourself!

Not the answer you're looking for? Browse other questions tagged walls bedroom popcorn or ask your own question.

12
What is the best way to remove popcorn from the ceiling?
2
Would this be an effective method to remove painted popcorn ceiling?
6
How do I know if a firewall and mortar contain asbestos?
6
How can I remove old paint from plaster walls?
0
Skim coating textured walls
1
Is it possible to fix bowed baseboards?
2
Repairing textured walls
0
Before blowing in wall insulation, is it better to remove old rock wool insulation?
3
Shower divider wall – load bearing?
1
Remove Popcorn Ceiling without Asbestos, what kind of specialist should I hire?