Pipe from wall too low to go into vanity

As you can see by the photo my pipe from the wall is too low to enter the back of the vanity. How can I fix this without cutting the drywall? 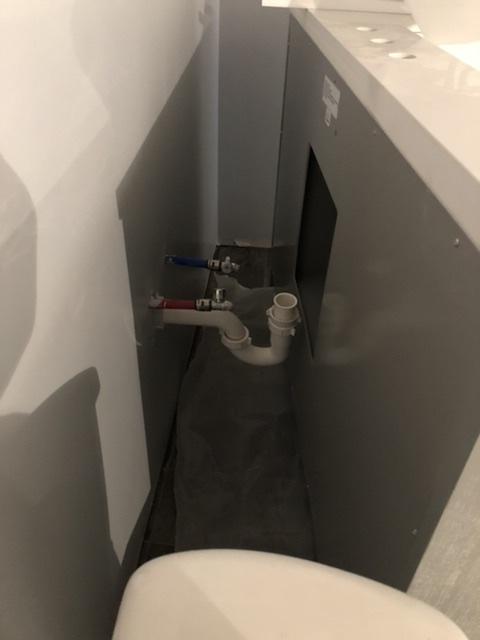 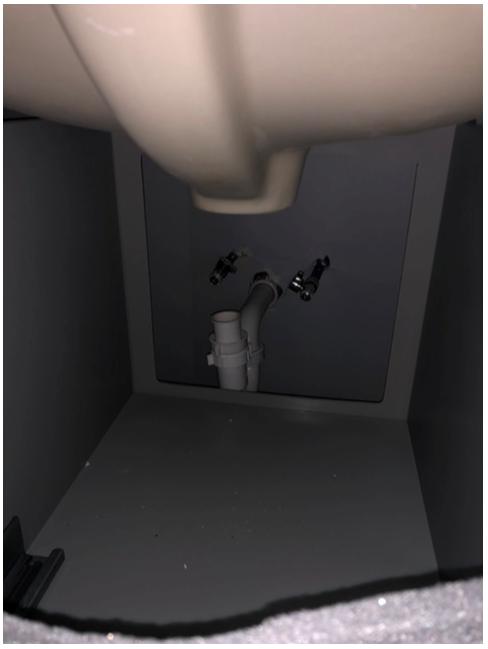 All the fittings you see there (including the one just inside the wall) are compression fittings. You can loosen the nuts and take everything apart. Then install your cabinet and reassemble the trap. Pay attention to which direction the tapered plastic washers are oriented.

A strong person can hand-tighten those enough so they don't leak. The rest of us should add another 1/4 or 1/2 turn using such tools as a channel-lock pliers.

It appears as though the bottom shelf in your cabinet is too high to allow the trap to reside in its normal position. Do not attempt to raise the trap, then drop back down to the wall connection with another elbow. This would result in what are called S-traps, which have a tendency to siphon water out of the trap and allow gas escape.

Instead, you'll need to cleanly cut an opening in the shelf to fit the trap. I like to use about a 2" hole saw at each end of a slotted opening, then I'll bullnose the hole edge with a router.

If hacking up your cabinet doesn't appeal, it wouldn't be the end of the world to raise the trap hub in the wall. You'd cut out a section of drywall that's concealed by the cabinet. No need to repair that. Then you'd cut out the section of pipe around the sanitary tee and use slip-couplers to install a new one a few inches up. These will all be cement-welded connections. Plan carefully to avoid ending up too high. I'd consider stubbing a pipe out of the wall to move the threaded fitting into the cabinet a few inches. Makes for easier connection of the trap assembly.

Not the answer you're looking for? Browse other questions tagged plumbing drain p-trap or ask your own question.