I appreciate any help with my problem below. I have a PVC drain pipe that is leaking. The drain pipe is from a tiled shower floor. It looks like the joist is pressed up against the pipe elbow and caused it to start leaking. The joist is a 2x10 and the preexisting notch is ~2" from one end of the joist. The joist spans about 10-12' (I didn't measure it when I was down there).

Questions: 1. What's the best way to cut the joist so it doesn't rub against the pipe? Can I just expand the existing cutout? 1. What is the best tool to use for this? 2. What's the best method to repair the PVC pipe? I've been reading about epoxy putty or silicone tape. Thank you 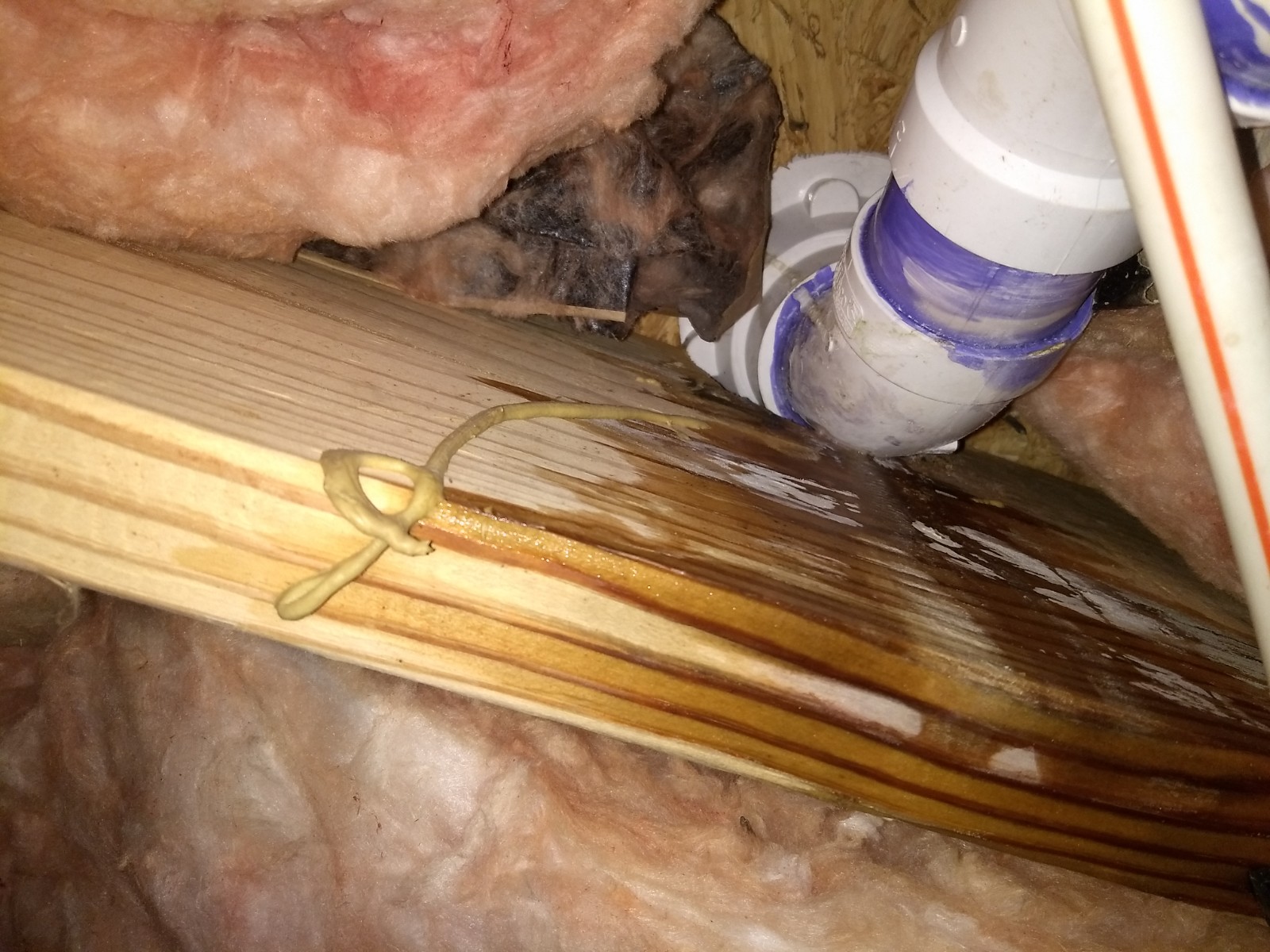 I disagree that it is the joist causing the issue. When installed, they would have notched the joist so that the plumbing fit and there is no reason that the joist would have moved or expanded in size.

Not the answer you're looking for? Browse other questions tagged joists pvc or ask your own question.