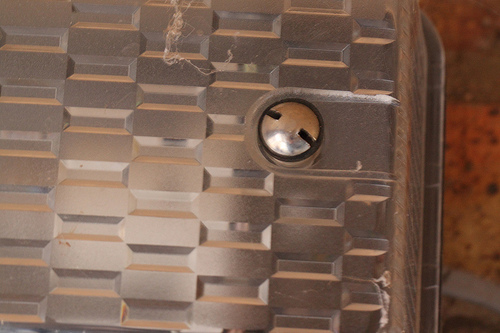 I had one of these with a 12mm diameter head and about 6mm between the pins. Couldn't find the correct spanner / snake eye bit at all.

I brought a 10mm screwdriver and used a 6mm stone grinding bit in a dremel to shape it correctly. Took about 10 mins and worked great.

Suffice to say I replaced the weird security screws with normal ones after!

3
What is this nut clamp called and how do you remove it?
8
What kind of bolt is this?
3
How to remove a bolt with a broken-off head
0
Where to find this kind of bolt?
1
What kind of tool do I need to access this bolt?
10
Identify this screw head (was: Security Torx)
10
What's this bolt head type and how can I open it?
16
What is this attaching my toilet seat and how can I unscrew it?
10
How do I remove this bolt from my bedframe?