What is this difference between these two 4 pole (3 phase) GFCI breakers?

I'm living in France and encountered this 4 pole (3 phase) GFCI in my apartment: 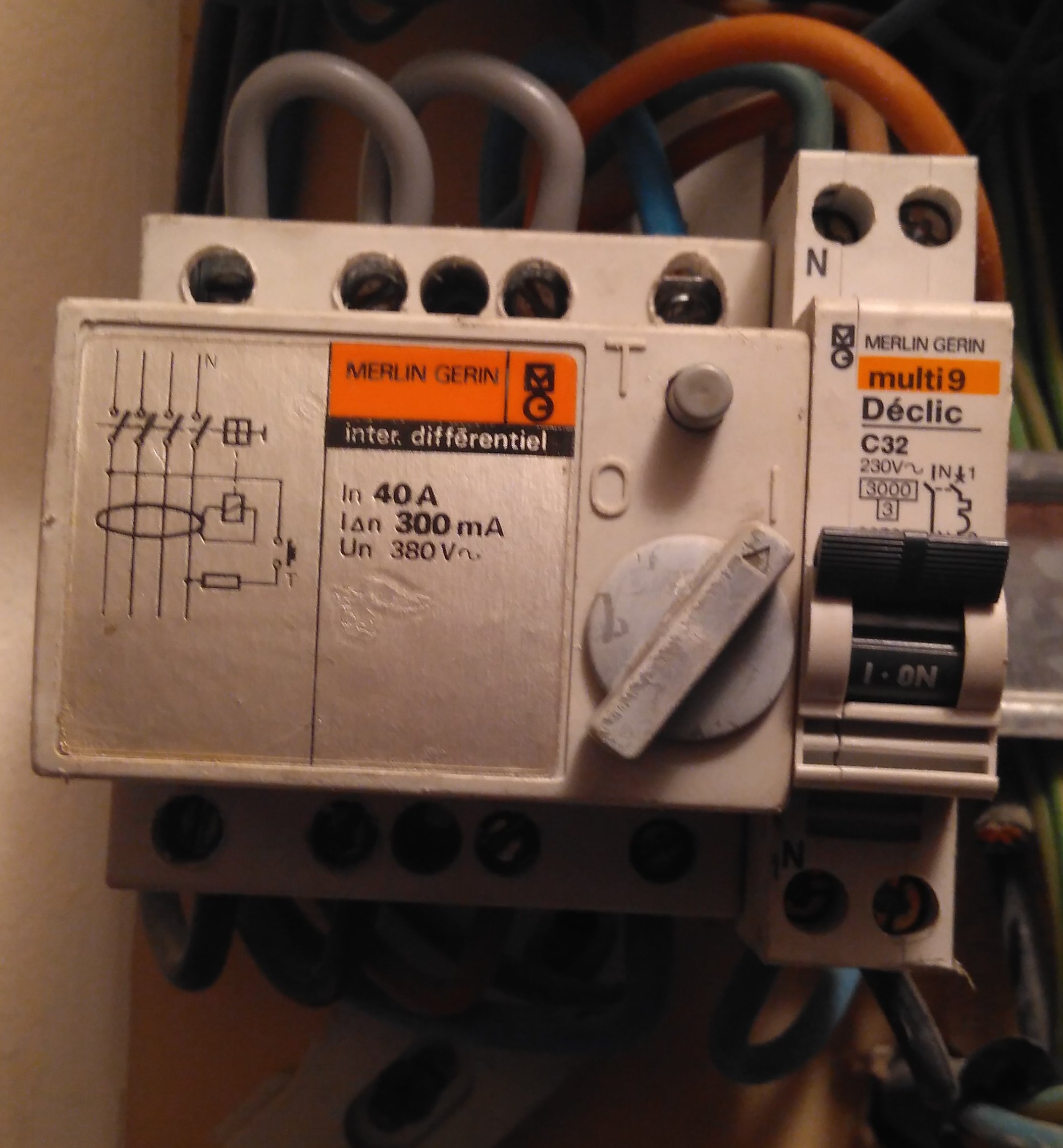 My understanding is that this thing protects against a difference, between the neutral (return) and the hot (phase), that is greater than 300mA. I hear that 300mA is too high to protect a human so I wanted to swap this out for the French norm which is 30mA. It looks like the brown wire entering into the 3rd top terminal is the phase wire coming into the house and the grey wires are just setting up two more parallel circuits. The blue wire, into the 4th top terminal is the neutral wire.

To minimize work I wanted to just swap everything in place so I bought this thing: 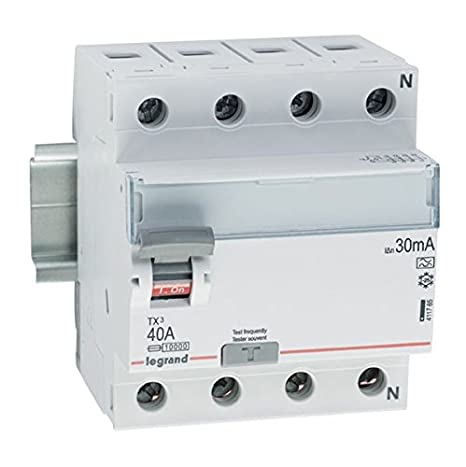 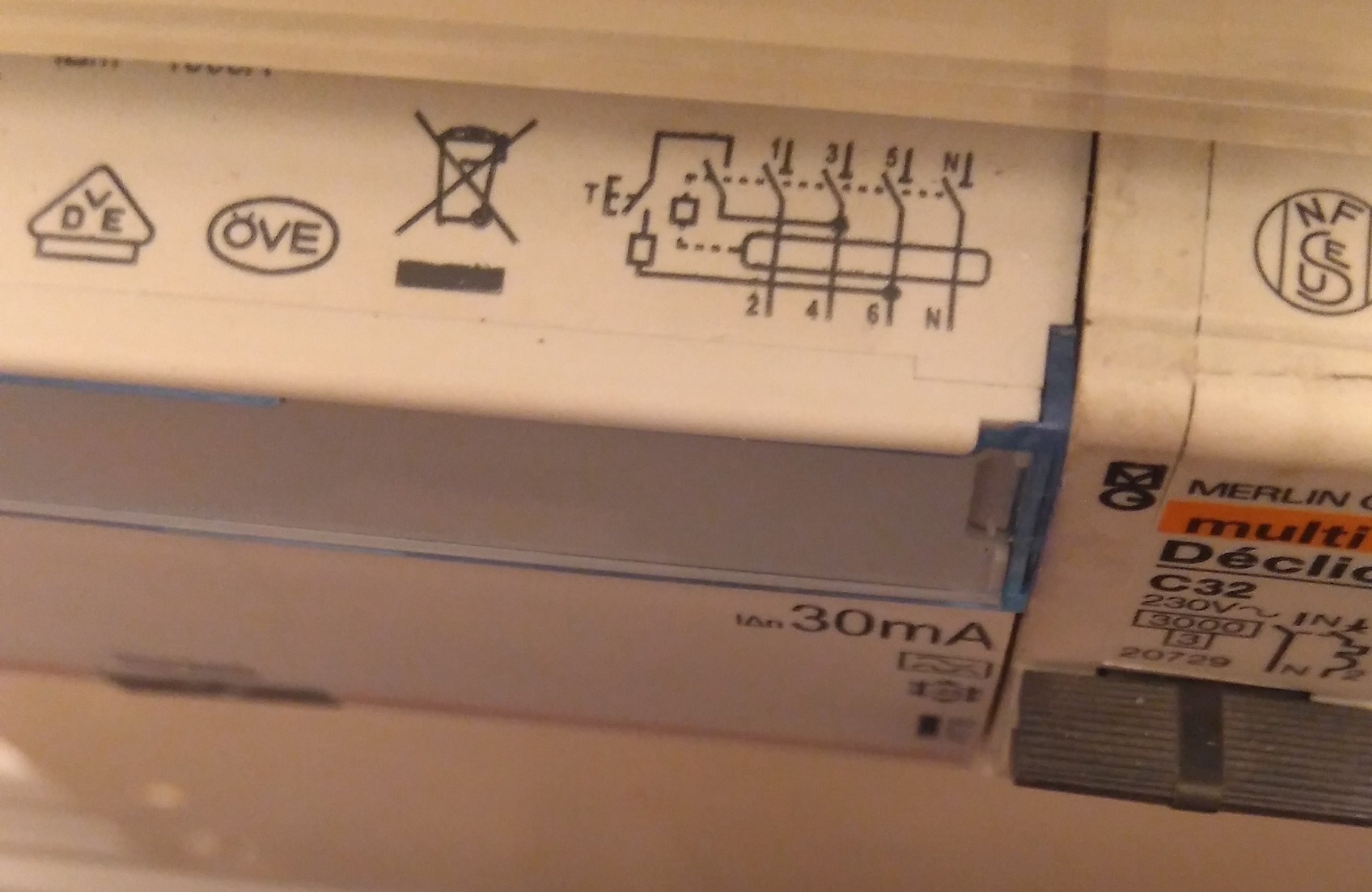 Could someone please help me understand the differences? Is the new breaker inappropriate for my setup?

I see what's going on here.

You have a 3-phase RCD, but your supply is only single-phase.

Let's look closer at that picture. 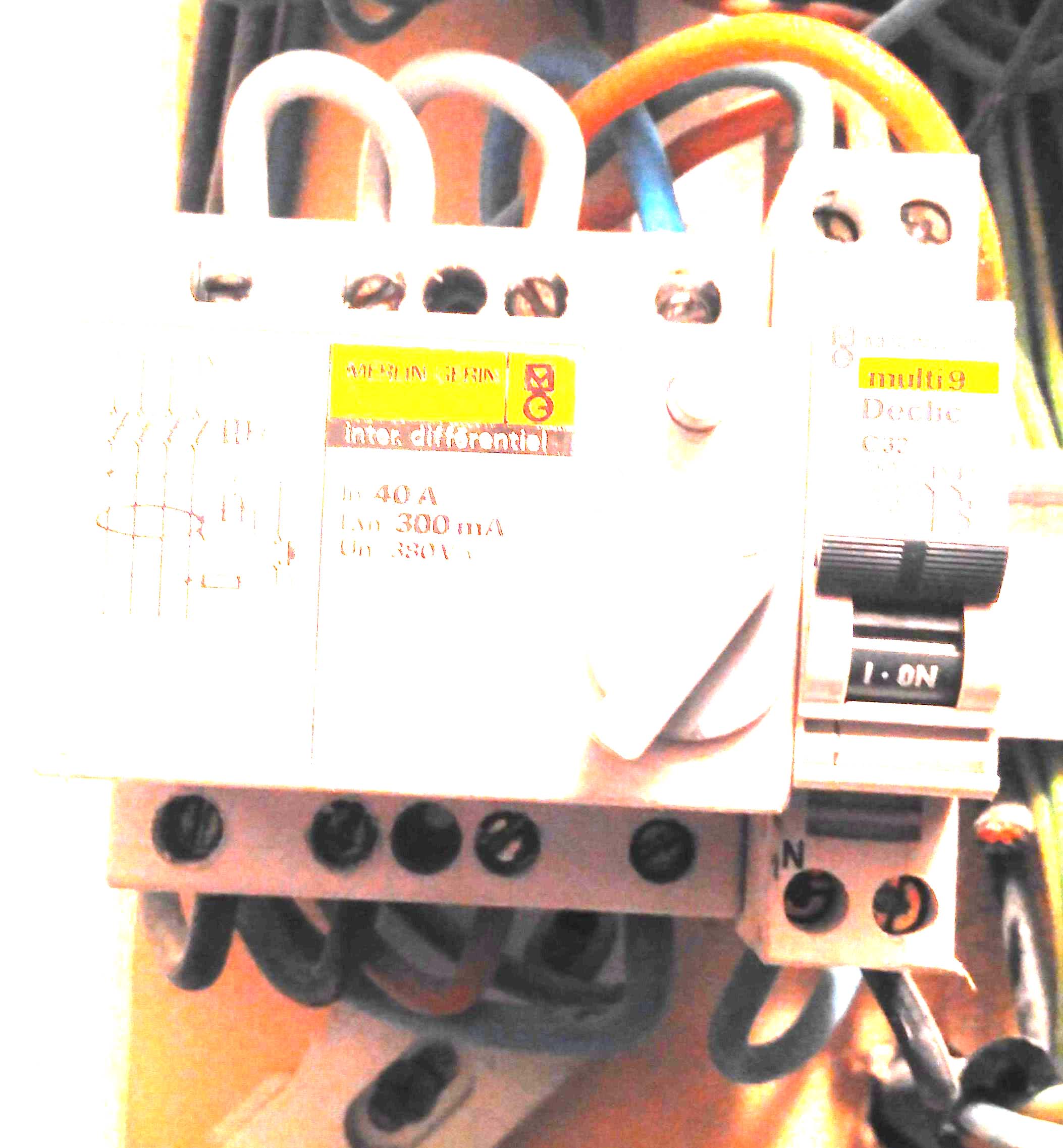 The top is the line side. The orange wire is the real incoming hot. The grey jumpers take the hot wire over to the other 2 phases.

What this brightened picture shows clearly is that the load side of the breaker is wired as 3 phases. The apartment wiring takes 3 conductors, one off each phase, to be distributed to various apartment loads. So the apartment is "3-phase-ready" even if the service is not (yet) 3 phases.

This is a danger area. Each phase could pull 40A before any breakers would trip. I doubt that gray jumper is rated for 80A. I also doubt the orange wire is rated for 120A. Maybe it is downline of other breakers.

Your new RCD won't trip because there's no voltage difference

And therefore no current flow. All phase (LINE and LOAD) conductors, all 6 of them, are at the same voltage potential. As such, there is no current movement through the TEST circuit.

So the upshot is, this device's Test functionality will not work here. If your house is grounded, you can use external GFCI testers.

It's certainly better than nothing at all, but 30ma can be lethal for humans, and will definitely stun. That is the motivating factor behind 5 ma protection on US devices; stunned people drown or fall, so a stun is the same as a kill. Generally Europe does RCD for parallel arc fault detection.

Assuming there is no problem with the GFCI itself: Most likely, the test circuit is connected to the same phase at both ends, i.e. 4=6.

Depending on the size of the apartment and on the heating sytem (water, room), there could be only 2 different phases (or even only 1 phase) arriving at the GFCI - instead of 3.

The old test circuit produced an imbalance between a phase and Neutral, the new test circuit between two phases.

Since the old GFCI's test circuit used to work, most likely there is only 1 or 2 different phases.

Edit: The lower side (2, 4, 6, N) goes to the circuit breakers, the upper terminals are the feed-in.

Since many apartments and houses do have 3 phases - especially with electric water heaters -, the 4-pole GFCIs with 40A, 63A or more are much more common, available and sometimes even less expensive.

Also some pictures of the rest of the panel/circuit breakers would help.

It is assumed that N is really N and that the yellow-green Earth is only connected to N upstream of the GFCI.

This could be tested by measuring the resistance between N and Earth downstream of the GFCI, if the GFCI is open.

For safety, power must be switched off for that last resistance measurement.

Not the answer you're looking for? Browse other questions tagged electrical electrical-panel gfci or ask your own question.

0
Why two breakers (one for the line, one for the neutral) on a single-phase line?
2
GFCI install in old house
1
Why is there a line connecting two light switches
1
Wiring Options for 14/3 NM-B Cable and Two Single Pole 15 Amp Circuit Breakers
3
If my heat pump does not have a neutral, do I still need a neutral wire?
0
What to put in 60A GFCI breakers in Subpanel?
1
30 amp GFCI neutral
2
Wiring question - Swapping in GFCI breaker for my dryer
0
Difference between these two breakers