Can I glue the float back onto linkage to my toilet fill valve?

The part (circled in red) has snapped off - I think it belongs to the entry fill valve. I have placed the knife in there to stop the cistern from filling and overflowing.

Should I try and super glue the black bit attached to the metal connector (at the bottom of the red blob, you can see the black plastic bit that has snapped off)?

Or, should I replace the entire unit? If so anyone know what this unit is and where I can get it from? 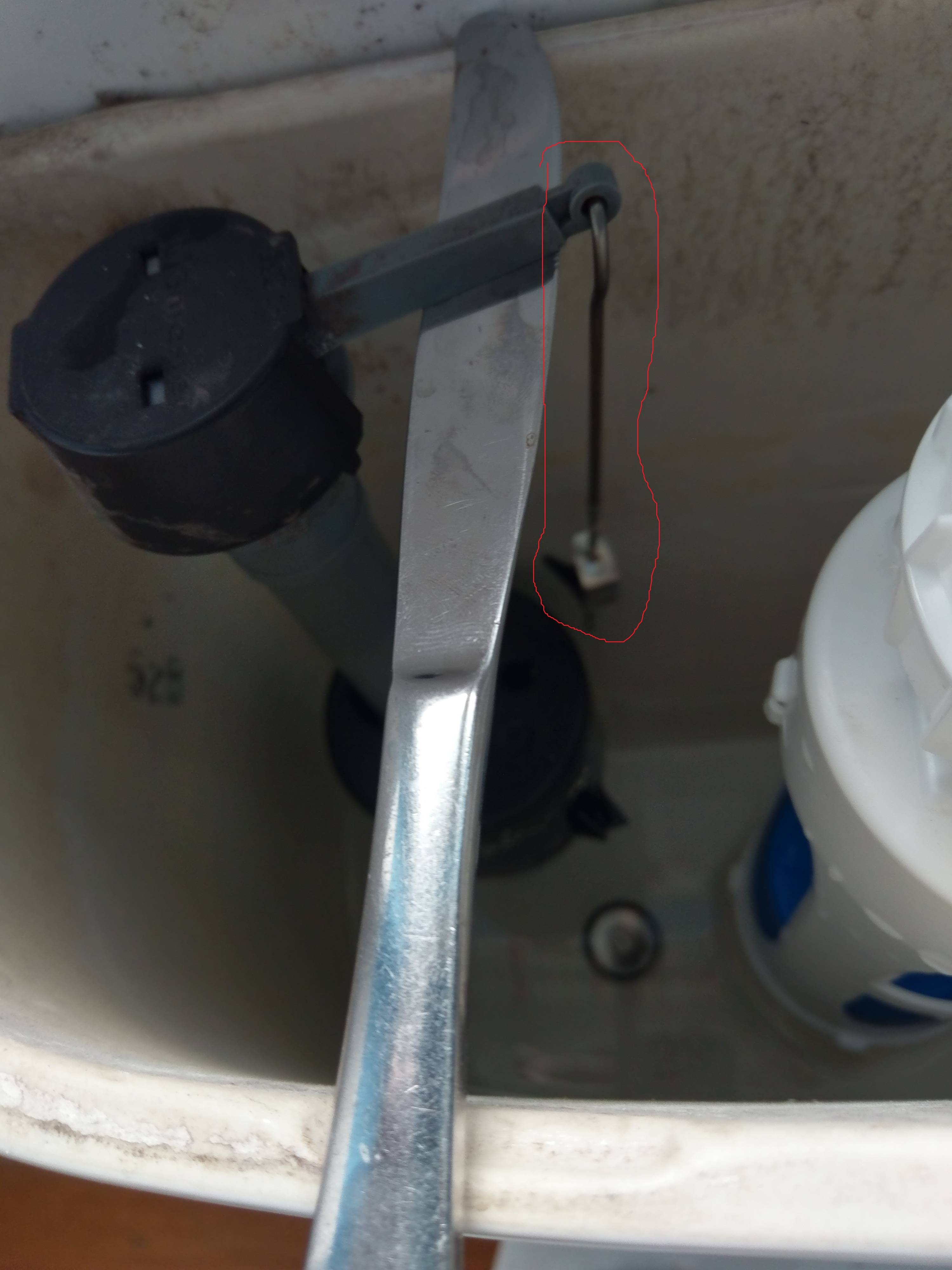 That whole assembly is the toilet tank fill valve. The float assembly below rises as the tank fills and pushes up the tab that broke. That in turn pushes up the linkage rod and then the lever to turn the water off. I am not sure what made the tab on the float break but possibly the plastic just got super brittle after being exposed to chlorine in the water over a long period of time.

I do not think that a simple gluing of that tab is going to last. The types of plastic used for these do not lend well to being glued. And if you did get some glue to hold initially the exposure to water could make it fail.

Replace the whole toilet fill valve. They are not that expensive [mostly due to being made of all plastic parts :-) ] at your big box home improvement store. The last one I purchased was between 10-12USD.

To come at this from another direction (Michael Karas' answer is spot on), that's a Fluidmaster fill valve. Yours looks to be a much older model, in that they don't use metal for the arm anymore (stainless steel is more expensive than plastic).

I've never seen the float part sold separately, since the float surrounds the column (i.e. not removable). You can buy most of the other parts, but not that. As such, you need to replace the fill valve entirely.

The problem with gluing plastic is that there are so much variations in the plastics and glues may or may not be compatible. Basically, unless the manufacturer tells you, it's impossible to know what glue will work.

It's best to replace the entire unit. They aren't very expensive and you'll save so much time, effort and headache.

Not the answer you're looking for? Browse other questions tagged plumbing toilet valve cistern or ask your own question.

2
Is my toilet refill issue more likely a problem with the fill valve or supply pipe?
1
What is the purpose of this piece of a toilet fill valve?
1
Toilet water valve tightened to OFF position but water keeps filling up tank
0
Toilet tank over flowing
0
Fill-Valve Float intermittent failure
3
Fluidmaster 400A fill valve: very slow toilet tank fill
0
Constantly running toilet with floatless fill valve
0
Should I replace toilet fill valve or cap
2
How can I be sure if my toilet flapper is broken