What's wrong with the wiring in this light switch box?

In another post it was brought to my attention (thanks @Harper) that the wiring in one of my light switch boxes might be incorrect. It was something about a shared neutral, but I don't have the knowledge to say more than that. 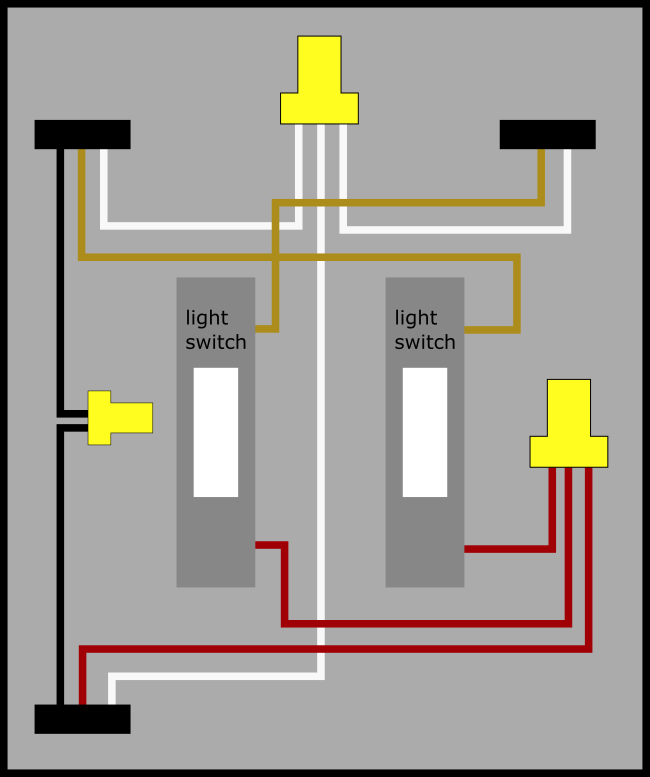 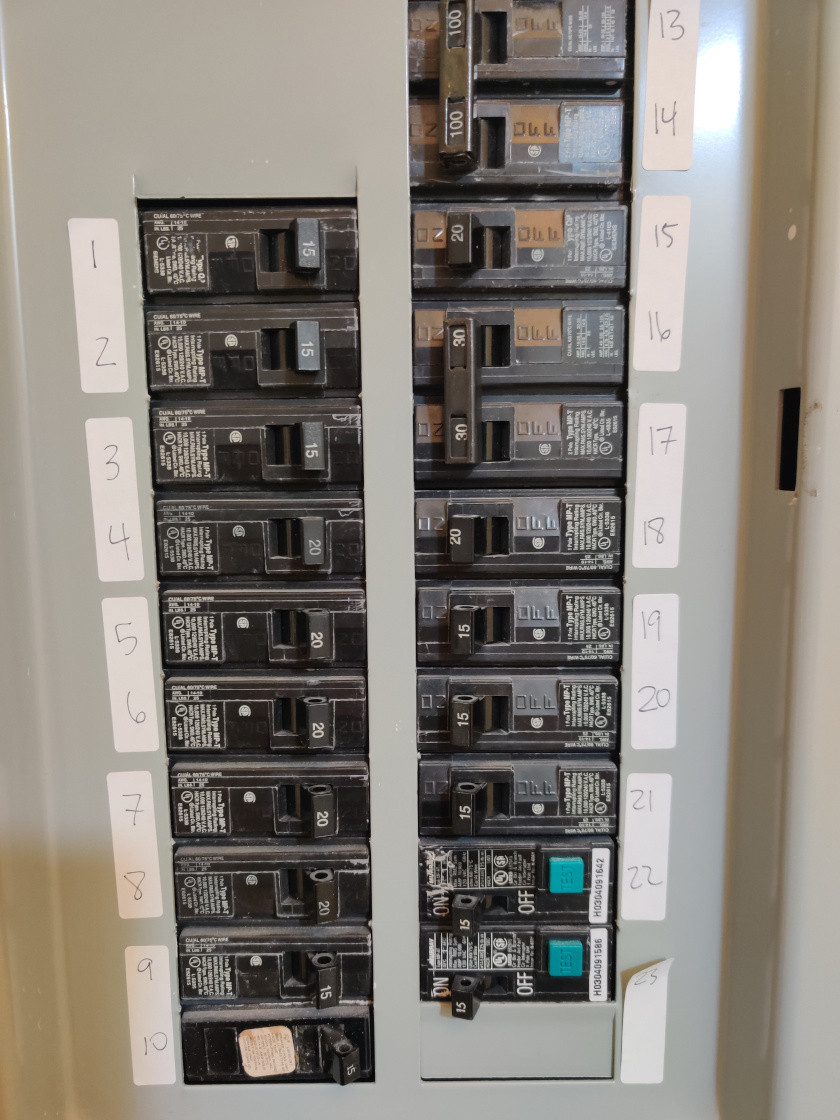 What's wrong with this wiring? Can it be fixed? My ultimate goal is to install a smart light switch, but with the complexity of this wiring I'm not sure how to do it (nevermind if this is dangerous for some reason).

So yeah, like Jack says, supply comes in from lower left: red hot, black hot sharing neutral. The upper right is switched-hot to a lamp.

The upper left carries switched-hot to a lamp, but it also carries unswitched hot on black to other outlets downline.

Important fact: Neutrals don't have breakers. The entire concept is that the hot breaker limits the current that is possible on neutral. Neutral wires are the same size as the hots. The shared neutral arrangement is called a multi-wire branch circuit. Breakers 9 and 21 are both returning current on the same neutral wire.

"But wait a minute, Harper. If each hot is rated 15A, and the same neutral is returning current for both of them, doesn't that mean the neutral is flowing twice as much current, up to 30A? That's way too much since that size wire is limited to 15A." Bingo. That is exactly what is happening in your panel.

"So how is that thing ever supposed to work?" It relies on the use of multiple phases, and the simplest is the North American 120/240V scheme, with opposite poles. If the two MWBC phases are chosen to be opposite, then something cool happens. Imagine black amps as + amps and red amps as - amps. If black has "+" 15 amps, and red has "-" 10 amps, how much does white carry? +15-10 = 5 amps. Only 5 amps. In fact you can try any value for black or red 0-15 amps, and neutral never exceeds 15 amps!

However, this requires the black and red wires be on opposite poles. Let's look at how service panels are laid out.

Now if you look at how your breakers are positioned, it's perfectly clear they're on the same pole, because they're two rows apart.

This also totally ignores another rule that applies to Multi-Wire Branch Circuits: The handles of both breakers must be tied together so they are shutoff together. It does not matter if they trip together, but any scheme that ties them will make them trip together most of the time.

So, the breakers need to be rearranged and replaced with either a 2-pole breaker (Siemens), or you must obtain a Siemens/Murray handle-tie. Then, you must rearrange the panel so the 2-pole or tied breakers can be on adjacent rows in the same column.

OK, it appears that the feed is entering the box from the lower left, a black hot, a red hot and a white neutral. Each hot has its own breaker. Where's the ground? It's grounded by the metal conduit the wires are pulled through. This is in the Chicago area and they are conduit freaks. You can't even buy Romex in any of the home stores there. The red hot is pigtailed to make each switch hot. The tan wires along with a neutral are separate loads controlled by the switches, probably some lights and exit the box from the upper right and left. The upper left also has the black hot going to the fixture box with the other two wires. The black and neutral will then continue on to pick up more load.

A smart switch will be easy to install. You have a red hot, a tan load, a white neutral and ground (box). That's all you'll need.

You are, in fact, sharing a neutral and that's OK if the breakers for the two hots are arranged correctly.

I'm not going to address the breaker situation because Harper will have a great description of how and why all that works, The Gospel According to Harper. Hope this helps.

Not the answer you're looking for? Browse other questions tagged electrical wiring code-compliance installation or ask your own question.

31
What is a tandem breaker (aka duplex, cheater, twin, double-stuff, etc.)?
4
How to tell if light switch box is grounded