Are these walls load bearing

Looking to remove the closet and wall in this restroom. Already had a structural engineer look at it before I removed the drywall. He only checked the studs with a Franklin stud sensor and didn't go into the attic. He assured me it would be OK to remove the walls, but he only took about 5 seconds to determine this with his stud sensor. Is it really that fast? I'm still unsure after removing the drywall and wanted a second opinion before I remove studs. Here are pics... 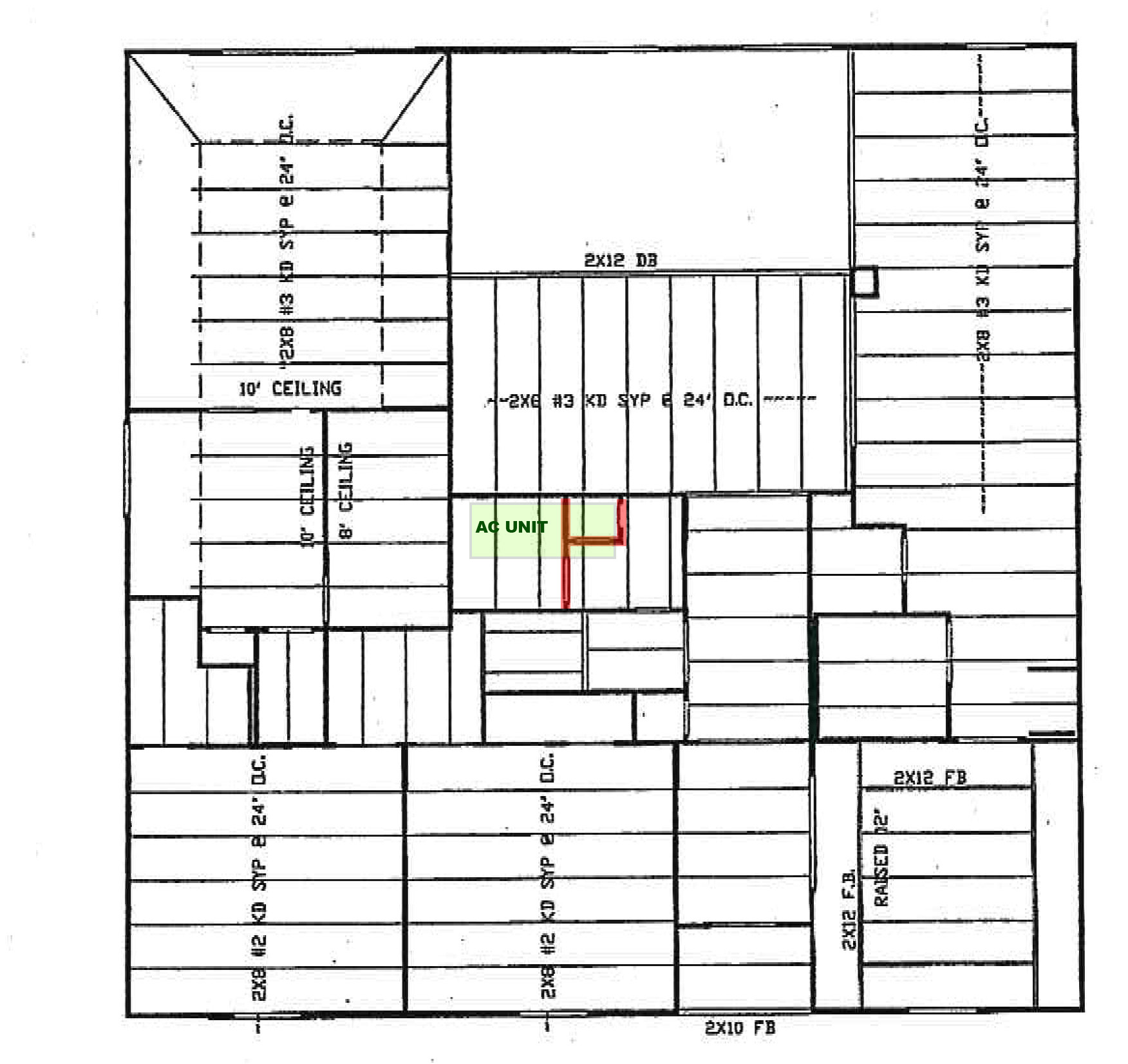 Here is another picture from the restroom 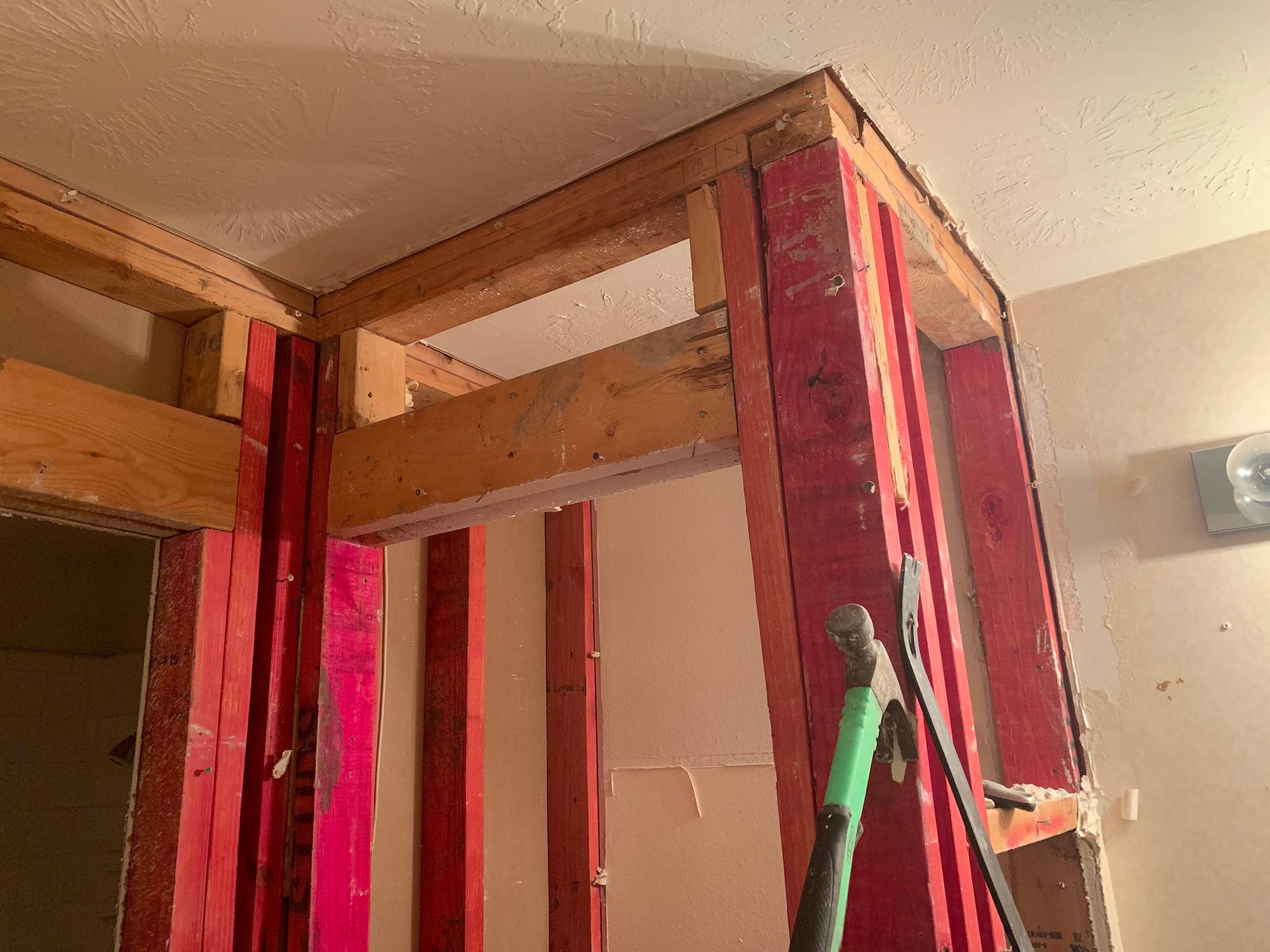 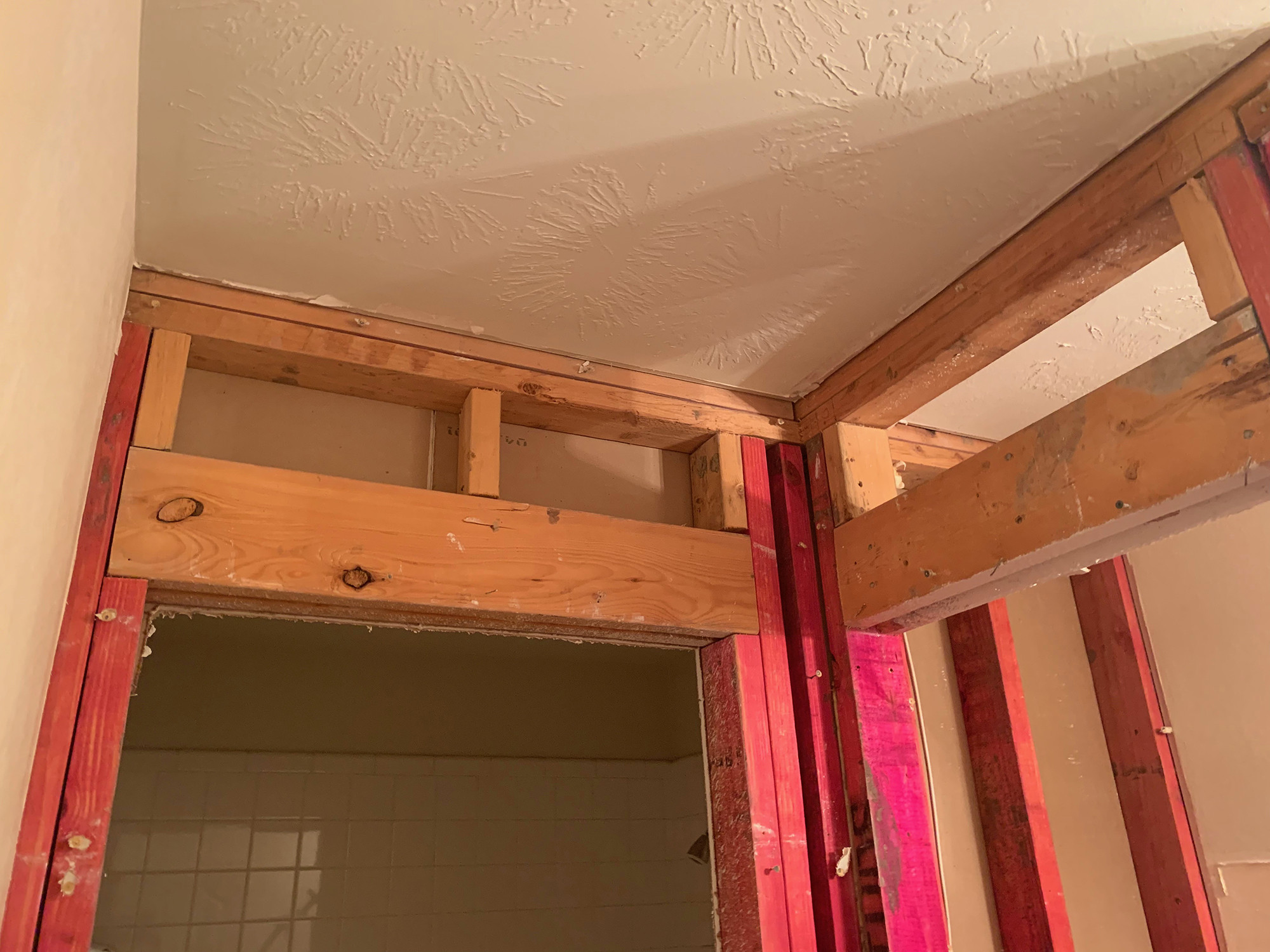 The structural system seems to be independent of these walls.

However, structural loads can come from “other” building components.

The drawing appears to be a roof framing plan, but it’s not labeled and you don’t indicate if it’s a floor or roof. If the walls do not extend up into the attic and if there isn’t a post that rests on the walls, then I doubt the walls are structural.

I doubt a post would rest on any portion of these walls, except at the intersection or at the ends where there are double studs. I’d double check those areas carefully.

The drawing does not label the members above these walls, but the spans are considerably shorter than other spans. Generally once a “critical” span is determined, all the remaining spans are the same. (Using the same size lumber throughout can save money and reduce mistakes.) Therefore, if there is a superimposed load (such as an AC unit) then this area of framing could easily support additional loads without adding these additional support walls.

In addition to supporting vertical loads, the walls could be “braces” for long walls. That is to say, these walls could brace a long wall so it doesn’t wobble sideways. However, these walls have doorways so they don’t lend themselves to being a “brace”.

To answer your question, yes, it is a bit unusual that someone could visit the site and make such a quick judgement...especially if the gypsum board had not been removed yet. However, I’d guess they are not bearing walls and can be removed.

I have some guesses on what the engineer was doing. In the end, it appears that they were correct. Do you show the plans to them as well, possibly before they showed up on site? They may have wanted to double check that there was no post under the floor joist above. A post there may indicate a point load above.

Not the answer you're looking for? Browse other questions tagged walls structural load-bearing or ask your own question.