When to change Cutler-Hammer electrical panel and breakers?

I bought a house about a year ago and I have an old Cutler-Hammer electrical panel. I see the number 2001 written on there, but no idea when it was installed. I have a few questions about this panel: 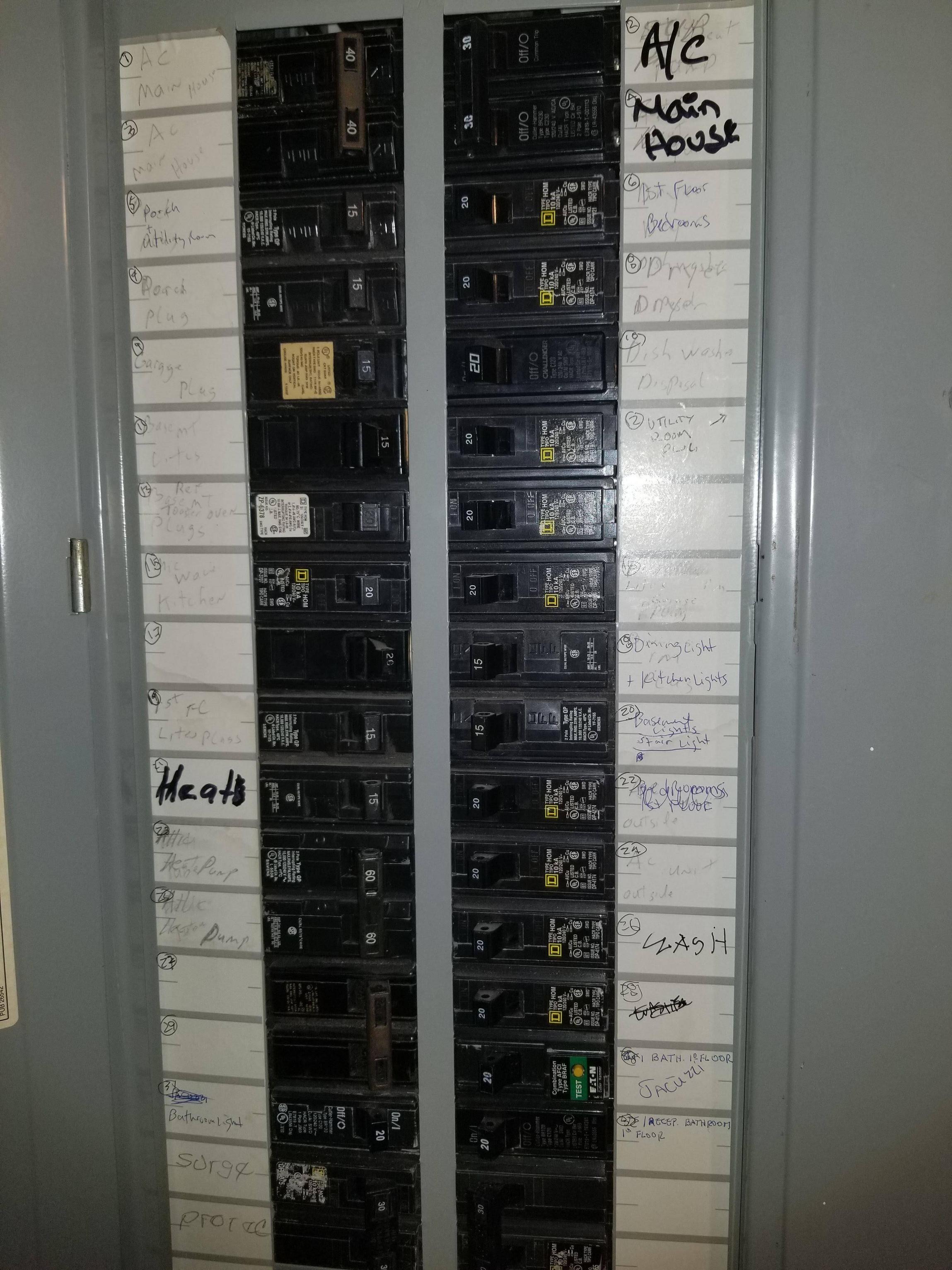 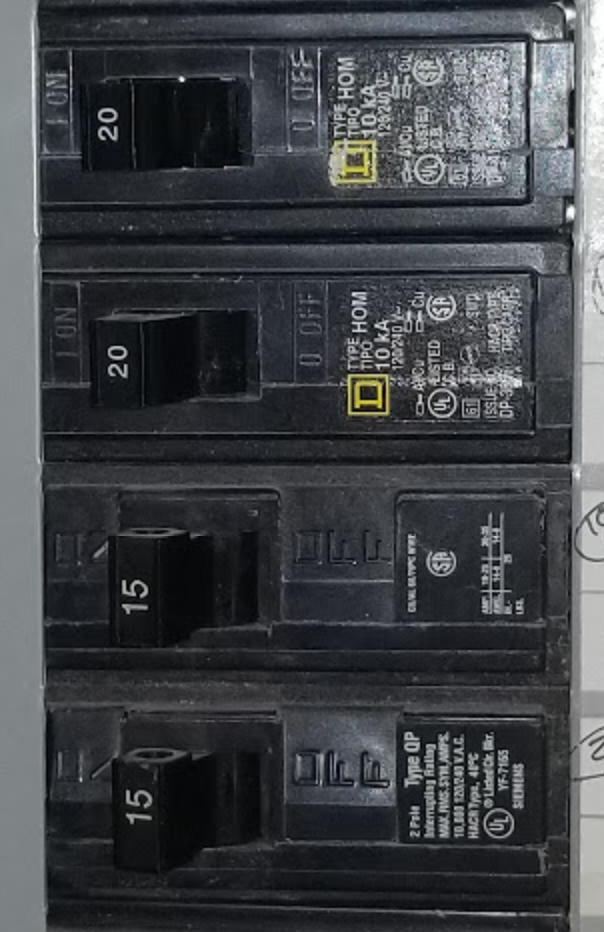 This looks like a Cutler Hammer "BR" 40-space panel that is full.

The panel is perfect.

Mergers & acquisitions are normal in that business. Eaton just chose to acquire Cutler-Hammer, instead of develop their own line of electrical equipment from scratch with zero experience and blundering into every possible mistake. It's the same model numbers, same tooling, same factories, same everything. The only real difference is Eaton's logo is cooler.

I am a CH fanboy, but I will concede a couple of advantages to BR. First, BR breakers are better supported, like their line of remote-control breakers nobody else has; like the BRRP and BRRSP (for BR panels) and nothing for CH. Second, anything Eaton does in their CH line, they can also do in their BR line, because BR breakers are wider; they can just put CH guts in BR bodies.

Eaton is also a specialist in making UL-Classified breakers for competitor panels; these require a tortuous UL-approval process to prove compatibility with the shape of the bus stabs on competitor panels, and Cutler Hammer mastered that to the satisfaction of UL, with their CL line, which is listed for several competitor panels. You'll soon see why I mention this.

However, it's full of alien breakers

Which means you'll have a lot of Siemens/Murray QP, and Square D HOMeline breakers to sell on Craigslist. None of those are UL-classified for this panel.

There's a myth, believed by some handymen, that any 1" breaker is compatible with any other. I wrote that last paragraph to explain why that's a lie. Honestly I wouldn't be surprised if a couple of your bus stabs are burned, because that's what happens. That makes the space unusable. Fill the hole with any breaker painted red. (I don't like using factory hole-filler kits because I find them flimsy).

A few breakers in there are so old that they can't be identified by front markings. If they're BRyant or Cutler-Hammer, they are fine. However if they are Challenger or Westinghouse, into the trash they go. Westinghouse is just too old. Challenger was swept up in the scandal with FPE and Zinsco breaker safety, but unlike them, that only affected Challenger breakers; Challenger panels are safe as houses if you change the breakers to C/BR.

The right breakers for your panel

Absolutely nothing on Amazon is the right breaker for your panel. Amazon is inundated by third-party sellers, who sell counterfeits or straight junk off Alibaba. Most people buying from Amazon don't even realize they're buying from the Amazon Marketplace flea market, which is the same quality tier as eBay.

Further, mail order generally for electrical equipment is a terrible idea, because equipment is generally of low cost and high weight, and that means shipping is prohibitive - and yeah, you pay for shipping one way or the other. Price-check both local big-box stores and 2-3 local Electrical Supply Houses; big-box usually tries to be lowest on endcap high-mover items like 14/2 cable, but on most other things, a good electrical supply is the best price. I just stopped buying at Home Depot after finding they are too expensive on most things. Keep in mind not every Electrical Supply is actually an Eaton dealer.

All that said, the only breaker type listed or classified for your panel is Eaton Type BR (which is cross-listed Type C). Eaton keeps prices low, which is why there are no classified options. You're looking at $4.50 a breaker, unless you get up into AFCI or GFCI.

You have one CAFCI (Combination Arc Fault Circuit Interruptor) breaker in there right now. A CAFCI means it looks for two types of arc faults: series (bad connection) and shorting (wire sparking to ground). The latter provides a weak GFCI protection - too weak for human safety. I assume the choice of CAFCI for a jacuzzi was made by the same mouth-breather who specced all those alien breakers. That's OK, it can be moved to a bedroom.

For places likely to be wet, dual-mode AFCI+GFCI breakers are ideal, so they confer GFCI protection to the wiring as well as the appliances. However for receptacles that have no risk of being inundated with water, it's perfectly fine to use an AFCI-only breaker like that one, and then a GFCI receptacle at the first outlet, feeding the rest of the circuit from its LOAD terminals.

Well, I see a few breakers that seem to go to nothing. I also see a whole-house surge suppressor that could easily be combined with something else on a 30A breaker, the A/C at the top right would be an ideal candidate since its position and sizing are correct.

So before you run out of space for normal sized breakers (note GFCI/AFCI don't come in double-stuff), start thinking about where a subpanel would make sense. BR, of course, unless you want a generator interlock on that subpanel, then Siemens/Murray because they make a suitable $23 interlock kit (Eaton doesn't, and can't use QP breakers in BR). One thing we learned about generator interlocks is you really, really want GFCI and AFCI breakers to be after the interlock.

You have a smorgasbord of breakers in that panel and from what I can read, a number of them are alien breakers. While these probably have preformed well in the past, they should be replaced.

Eaton does make a dual GFCI/AFCI BR breaker that will fit in this panel. They go for about $45 bucks. Do not buy them on Amazon. Get them from an electrical supply company.

There are some real experts on this site that will do a great job of spelling everything out in great details. Wait for them to chime in.

As long as you’re not replacing what you have with Zinsco, Federal Pacific, or Challenger, you should be fine with what you have/replacing with your current manufacturers products.

A good rule is to have tri-annual electrical inspections, and IR tests done. These are looked upon favorably by insurance underwriters.

I’m a risk analyst for insurance companies. This is straight from their protocols.

Not the answer you're looking for? Browse other questions tagged electrical electrical-panel gfci afci or ask your own question.

6
What information do I need to select a circuit breaker?
25
Where should I NOT use a GFCI or AFCI?
2
Combination GFCI/AFCI Breaker not working when replacing regular breaker
6
Which 50 amp breaker do I need for my old Eaton panel?
1
Upgrading apartment: GFCI/AFCI breakers and wires
1
Eaton Cutler-Hammer Plug-On Neutral (differences)
0
AFCI breakers in a Main Panel installed and tripping immediately with neutral pigtail connected
6
Unable to seat Eaton CH breakers side-by-side in my Eaton CH panel
0
Compatible GFCI/AFCI combo breakers
1
Which circuit breakers should I purchase: Standard, AFCI, GFCI, Dual Function (AFCI/GFCI)