Appreciate some help here before i spend money in calling an expensive plumber because i think the problem can just be poor caulking in my shower. I noticed a small soft spot on my ceiling today. I pressed it and could sense the softness, except for that small spot all areas around it was solid. I dont see any staining in the area. Hence i think there maybe a small drip from my shower above (because of poor caulking) in that area. How can I confirm this. One way is to caulk and just see if the spot becomes worse but that may take a long time. Is there anything else I can try? Any suggestions

Please see pic below. The bulb and trim is in the picture to give an idea on the size of the soft spot 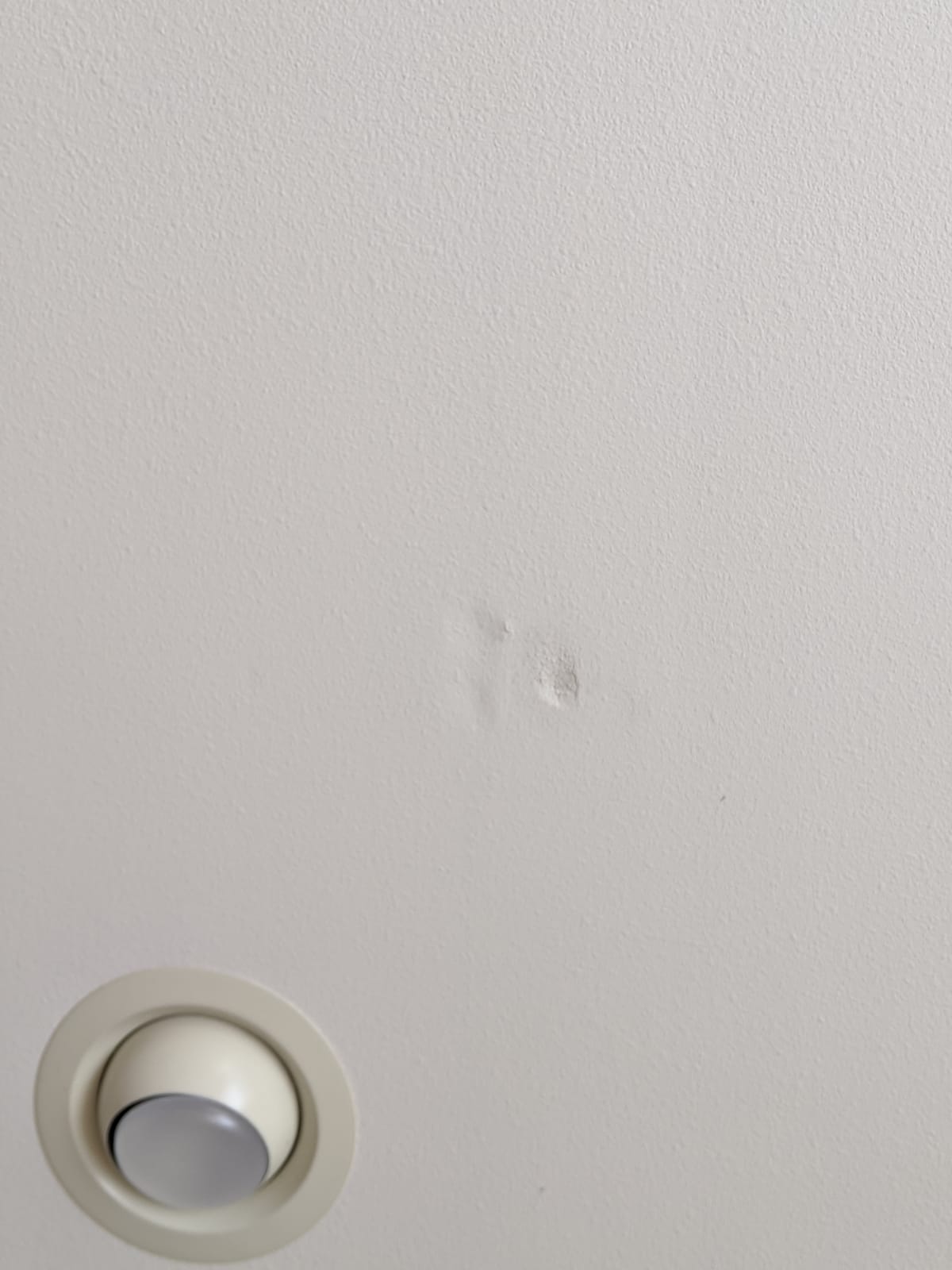 That's an odd place for caulking to be applied.

Chances are very good that you have a leak above this that is dripping water down onto the drywall and softening it.

If the water damage on your ceiling were extensive I would suggest cutting the ceiling open because you'd probably have to replace some of it anyway - but it looks minor. With the shower directly above this spot that's the likely culprit. However, water does strange things and can travel some distance before the leak seeps through the drywall. You may or may not be able to determine much by looking through the light fixture hole or even if you cut out a small section. If the drywall is soft and damp - there's a leak.
Cutting an exploratory hole in the ceiling may be required but before you do that I would try the following:

I know you're looking for a quick fix but you need some patience on this type of problem. I had one situation like this where the bathtub drain wasn't properly attached and the water traveled 10 feet across a ceiling joist before soaking through. So, it could be any number of things but usually it's the most obvious.
After caulking any suspicious areas I would then wait to see if that solves the problem as I believe it will. If it doesn't you may need to cut into the ceiling below but I would only do it as a last resort and then start small.

Not the answer you're looking for? Browse other questions tagged shower ceiling caulking water-damage or ask your own question.

1
How to finish tiling an outside edge for a shower?
1
Shower floor slope
1
Cracked grout at shower floor/wall intersections - how much do I remove?
0
How to prevent shower water from leaking from the side of glass shower door
2
Did I remove more caulk then I should have at shower door frame end?
1
Could this crack in shower caulking be causing drywall damage to the subfloor?
1
Shower Temperature Control Adjustment
1
Should I repair this very small area of minor water damage on my bathroom floor?