Should I caulk the top and bottom of my windows on the outside?

Lots of ladybugs in the house today, and I read that they're getting in through the windows, so I went to inspect. One window in particular has a large gap at the bottom. All of the windows on my house are not caulked in that spot, although some have almost no gap.

Bottom of window (that's a metal sill on the bottom): 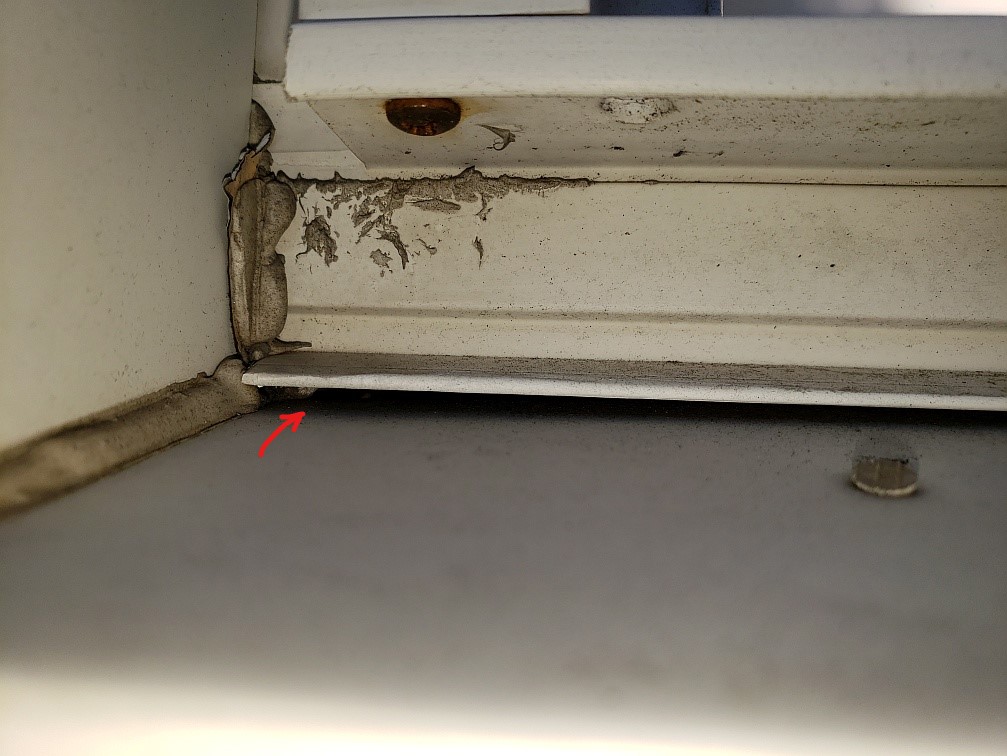 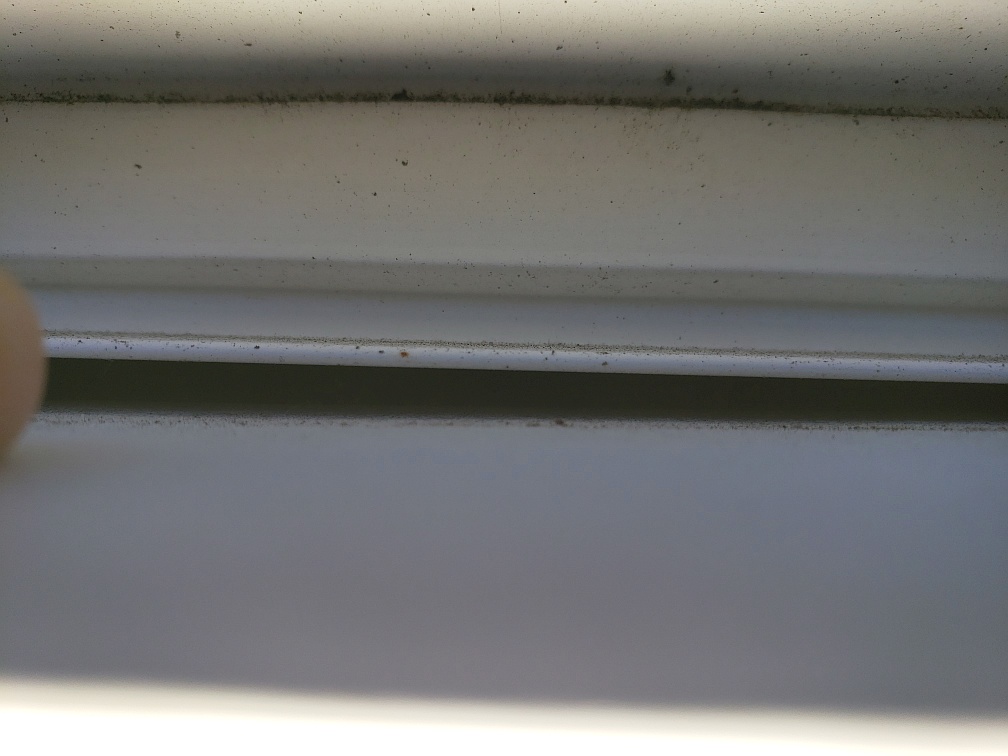 I also noticed that all windows have a gap at the top as well (also, what about the vertical gap the orange arrow is pointing to?): 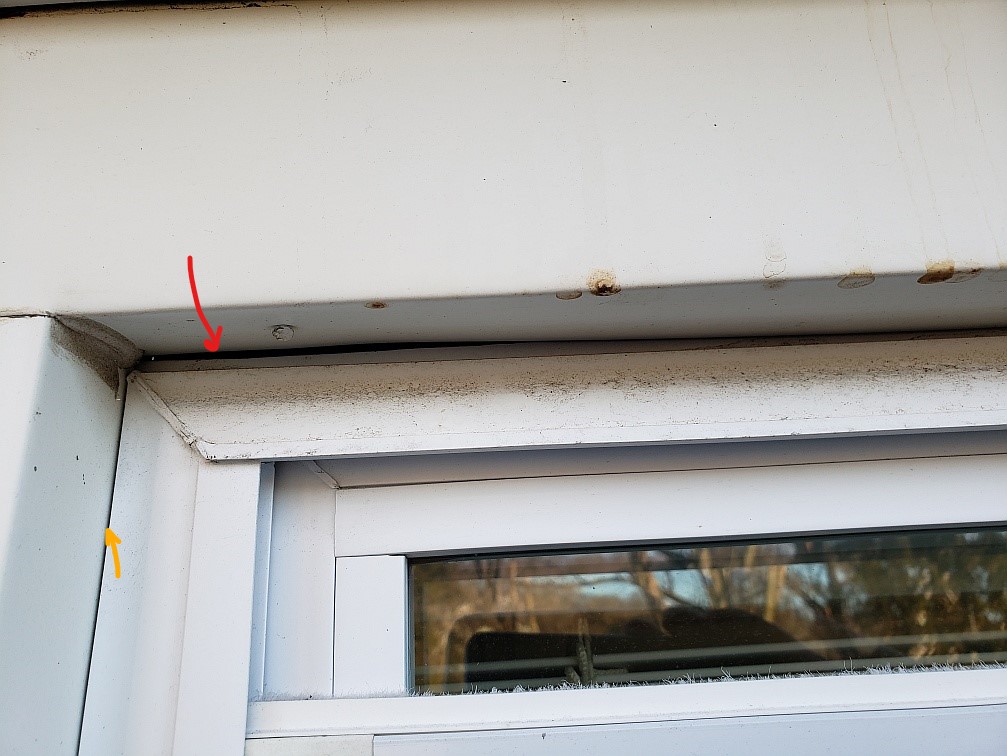 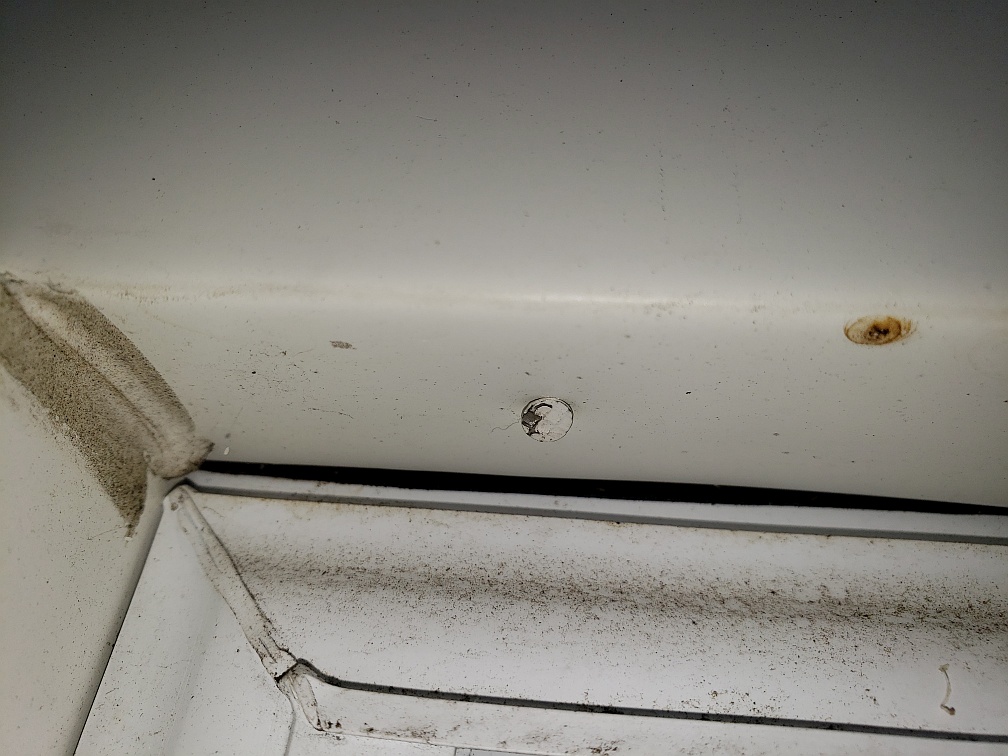 It's really weird to me but since ALL the windows are missing caulk in those spots, I'm thinking maybe there was a reason they weren't caulked? Should I leave them alone? I am not very well-versed in windows, so forgive my terminology (if anyone can point out to good resources, would be appreciated)

In these photos, it looks as through there is a foam backing strip -- this was probably put in to form a seal a long time ago, when the gap was smaller. If this is the case, you might want to get another foam strip and put it in the gap to seal it.

Also in the second picture, it looks like there is an old caulk joint at the bottom of the image, which has cracked over time.

It's possible that these gaps get larger and smaller over the course of seasons, but I don't think that caulking them on the edges would build up enough force to mess anything up. My guess for why they're there at all is that the components were aligned flush when the house was constructed, and there was no need to caulk them.

The major downside I'd expect is that removing those window frames might be slightly more of a pain if you ever decide to have them replaced.

The answers on a previous question regarding this subject mentioned a couple things about trapping water in, so this might be a good point to start off for more research:

Should Caulk be used around vinyl windows

My last home had a wall that lady bugs loved tens of thousands, if you have any cracks around your windows. Fireplace , trim around doors these cute bugs can become a major pest when they find there way into the house. We calked everything prior to changing the exterior color we stopped them from coming in except when the doors opened, reducing the population turned out to be our best option.

What we did. Using a shop vacuum with a 1 gallon jug mid hose and a nylon keeping them from getting sucked into the vacuum but trapped in the nylon inside the jug. We ended up with several queen sized nylons quite full, we took them to a nursery and think we got ~75.00 the first year , the nursery has been coming with a 5 gallon trap for years , I told them if they catch them they can have them, changing the house color really did not help but I think my daughter still calls them when they start swarming and they collect them at least twice a year. So there are ways to get rid of them without killing them, calking stopped them mostly but every time someone came in a dozen would tag along so changing there zip code was our best method after calking.

If you follow the installation instructions of James Hardie, one of the largest siding manufacturers in the U.S., you’ll see that they recommend caulking the jambs and sill, but not the head.

The reason we use underlayment under lap siding is that we know the siding will leak. Therefore, all the moisture under the siding that runs down the wall to the top of the windows must have a way to escape. Otherwise the moisture will accumulate at the head of the window and find a way into the framing.

Likewise, they don’t recommend caulking the bottom of a wall of siding.

If you have pests, use a pest control product, but caulk the windows properly. No moisture in the wall will probably lead to no (or fewer) pests.

Not the answer you're looking for? Browse other questions tagged windows caulking air-sealing or ask your own question.

2
Should Caulk be used around vinyl windows

2
Window caulk gets a gap in winter
4
Should I replace the window frame while installing replacement windows?
1
How to resolve vertical gap with newly installed double-hung windows
0
Best method for sealing underneath basement window sill?
1
Where do I caulk on the outside of leaky windows?
1
Should the tiny gap between exterior window trim and the window housing be caulked?
1
How to fill 5 inch deep gap above and below window on internal wall
2
How messed up are these window installs and do I need to fix them?
0
How do I remove window sill stop block on double-hung vinyl window?