Replacing ceiling joists with rafter ties higher up on the rafters

I'm trying to help my grandfather plan for a remodel of his 1950s home. The original structure is 24x24' with 6" rafters spaced about 20" apart on a 6/12 roof. He'd like to be able to have a "vaulted look" by adding rafter ties, removing the ceiling joists and drywalling the rafters - leaving the ties exposed as faux beams. The current ceiling joists are 6" and follow the rafter spacing. There is an overlap in the middle of about 4' and a wall running perpendicular to the joists that I'm assuming helps support the joists at that break. The home is located in SE Georgia, so no snow load to speak of.

This is well outside of my wheelhouse, so any insight is greatly appreciated! 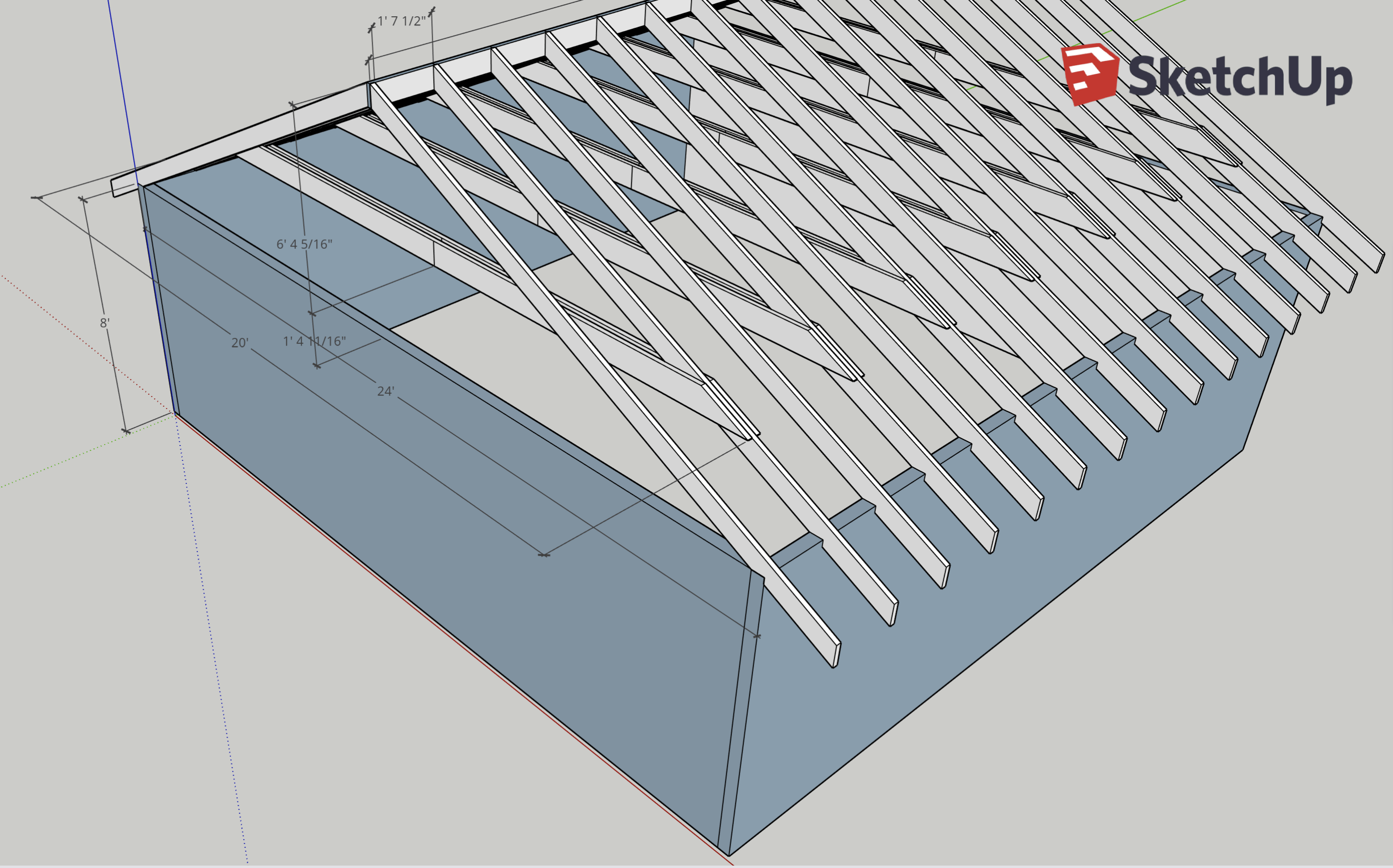 I commented above that the question can't really be answered, but I have a few thoughts to share...

Would it be possible to raise the ties up so that he could use a single 20' board for the full span?
My concerns are that the ties will sag due to the long span, and that the rafter tails may not be adequately anchored to the wall plates if you remove the existing ties. The ~2' rafter tail shouldn't be a concern with respect to flex or strain. That's pretty short for a 2x6.

Would it be possible to skip every other rafter?
Yes, but then you put even more stress on the connections between the ties and the rafters, and between the rafters and the wall plate, for each remaining tie. Connection strength is key.

Would doubling the ties on either side of the rafter help alleviate lateral force?
Lateral force isn't really a concern with respect to tension on the ties themselves. It's a matter of the connections, as I said. Adding more lumber doesn't necessarily help with that.

We made a similar change once. The contractor put up cross-connected ties -- sorry, I forget the proper name -- which run from one wall to near the peak on the other side of the ridgeline. You lose about a foot of ceiling height at the peak (inside) but then you have a cathedral ceiling without any cross-ties at all. Aesthetically much nicer.

Not the answer you're looking for? Browse other questions tagged ceiling roof joists structural engineering or ask your own question.

7
What size ceiling joists and rafters should I use for a 14' span?
0
Replacing a spanned “beam” with a cantilevered beam
2
How to find joists through sheetmetal ceiling?
0
How much space do I need between rafter ties?
0
Ceiling joists job in a cinder block house
3
How to hang a chair from the ceiling joists (with attic access)
4
Is it necessary to use ceiling joists (ties) with conventional rafters?
3
Do these “rafter ties” tie anything together?
3
Advice on hanging gymnastic rings in garage rafters?