How to address a slow garage roof leak

During a recent rain storm, I noticed a very slow drip of water coming from the center of my (external) garage roof in a few places. 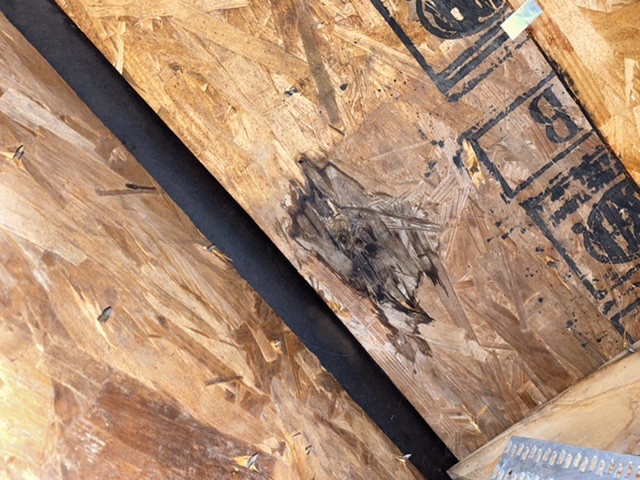 After it dried up, I went to inspect the problem spots and found some rotting and could see daylight through some spots where the nails were.

Close to the front there was a significant amount of torn tar paper and it was even completely free in one spot where I could touch the metal ridge cap that sits atop the roof. (Shown below) 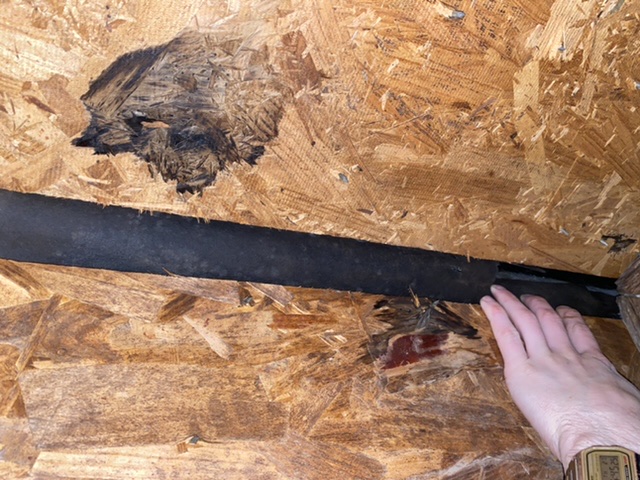 From the exterior, there doesn’t appear to be any major damage to my shingles or cap or anything out of the ordinary that I am able to see from ground level. 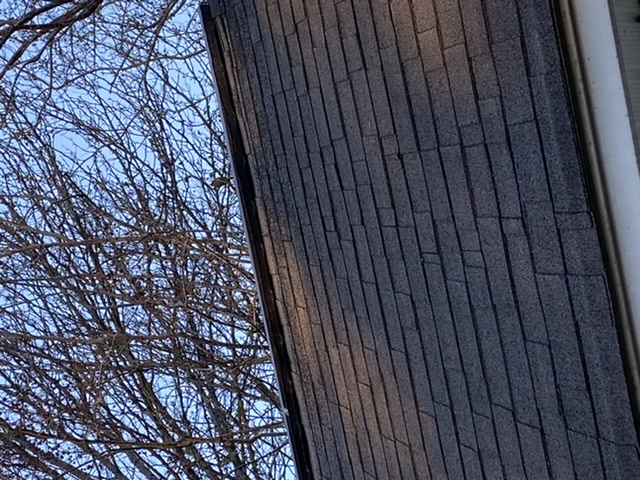 Also, after a thorough inspection during heavy rain, there were no other areas leaking other than along the general line of the ridge.

Would like to keep my garage from rotting itself from the inside out, and prevent any foundation damage here, so I would like to address this as soon as possible.

What must be done to stop this leak?

The ridge vent can allow driving rain in, but for it to be showing water damage, it would have to be getting in during nearly every single rain. Is this area of the garage perhaps where the driving rain comes in or is there possibly something that cannot be seen in the pictures that would be directing more than normal water in?

I don't think the tar paper is supposed to bridge the ridge like yours is. I can't seem to find an install guide online at the moment, but last time I installed ridge vent, we did not have tar paper across the opening and the roof has no water. I wonder if the water is getting on the tar paper and is getting through a nail hole causing this issue.

Upon closer inspection of the source of the leak, which required me to cut away the rotted plywood down to the shingle itself at these loose nails of which there were several for some reason, likely due to weather wear, I found daylight clearly shining through in each case. 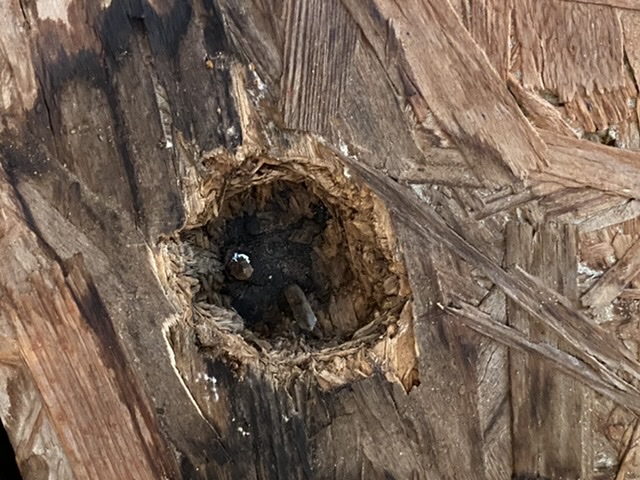 What my fix to this was, which I would argue does not just move the leak somewhere else considering it is at the ridge of the roof and at the shingle vs the plywood, was to take a cartridge of roofing sealant (I used Through The Roof brand which I read has good expansive properties) and with a caulking gun liberally inject it through the holes from the bottom, so it would pass through the hole to the top of the shingle.

While this is not ideal, and does not guarantee a seal as a top down approach would, It does seem to effectively seal the shingle and did not have a single drop of rain or any noticeable signs of moisture in any of the plywood sections at the ridge after several days of heavy rain.

Ultimately, the longer term fix is to seal or replace the shingles from the top side but would recommend this fix as a temporary solution better than just arbitrarily spraying flex seal or a similar product at a rotted board board which was the terminal end of the leak which would still allow water in at the shingle.

Not the answer you're looking for? Browse other questions tagged leak roof garage or ask your own question.

1
How do I avoid condensation issues with an insulated garage roof?
1
From metal roof to composite shingles, mold and water issues?
1
Should I use a Ridge/Soffit vent or Attic Fan?
3
How to leak proof roof?
1
wet spots on inside of garage wall
1
Insulation board for my unfinish garage ceiling
3
Possible source of dripping from bathroom exhaust fan?
0
How to protect furniture in a leaky garage?
0
Possible water in wall from a roof leak