I'd like to eliminate my center stack in order to finish my basement. It's for my hall bath. I have another stack along a perimeter wall inline with the same joist, but around 13 feet away. Will this be doable to code? 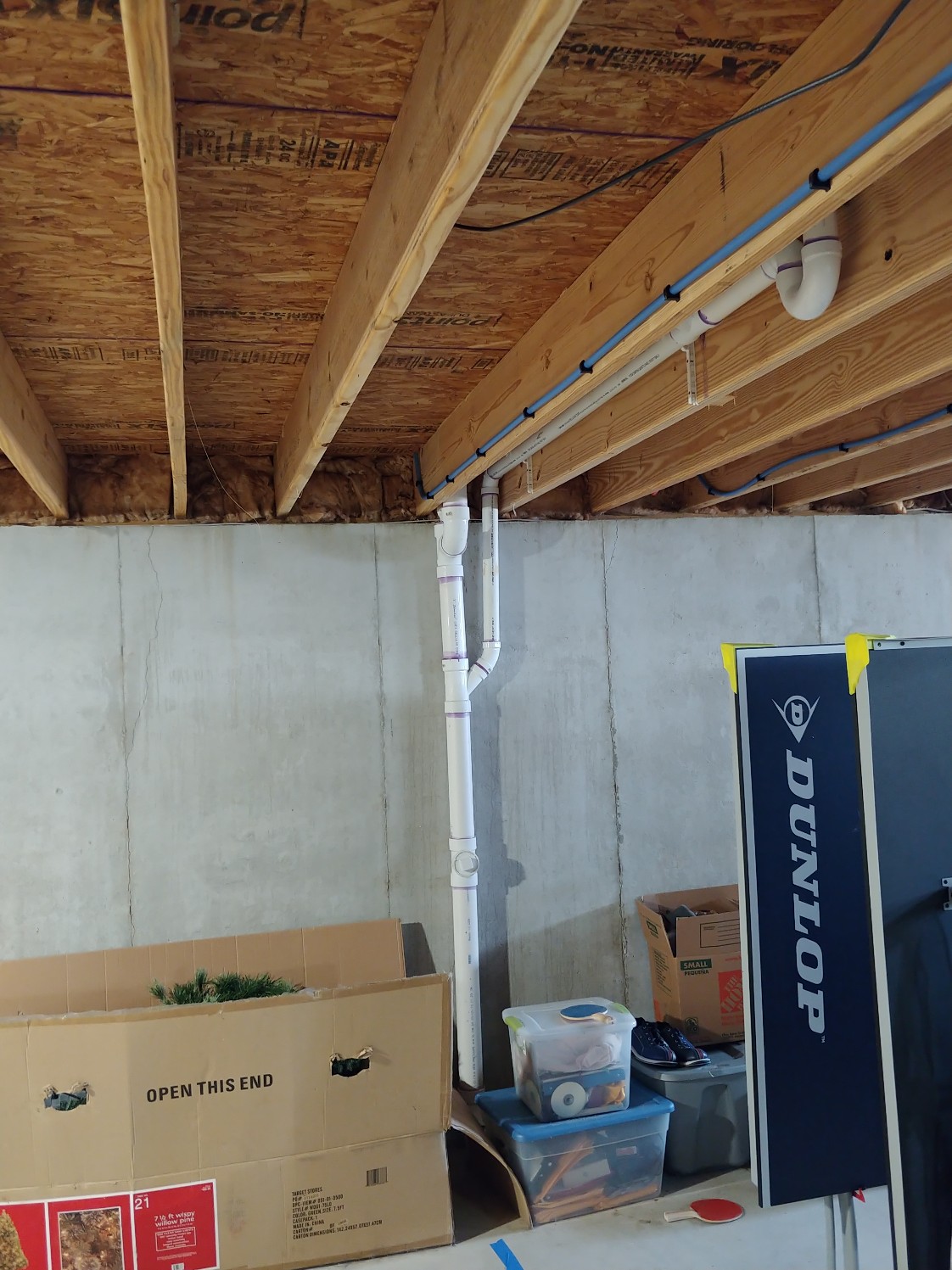 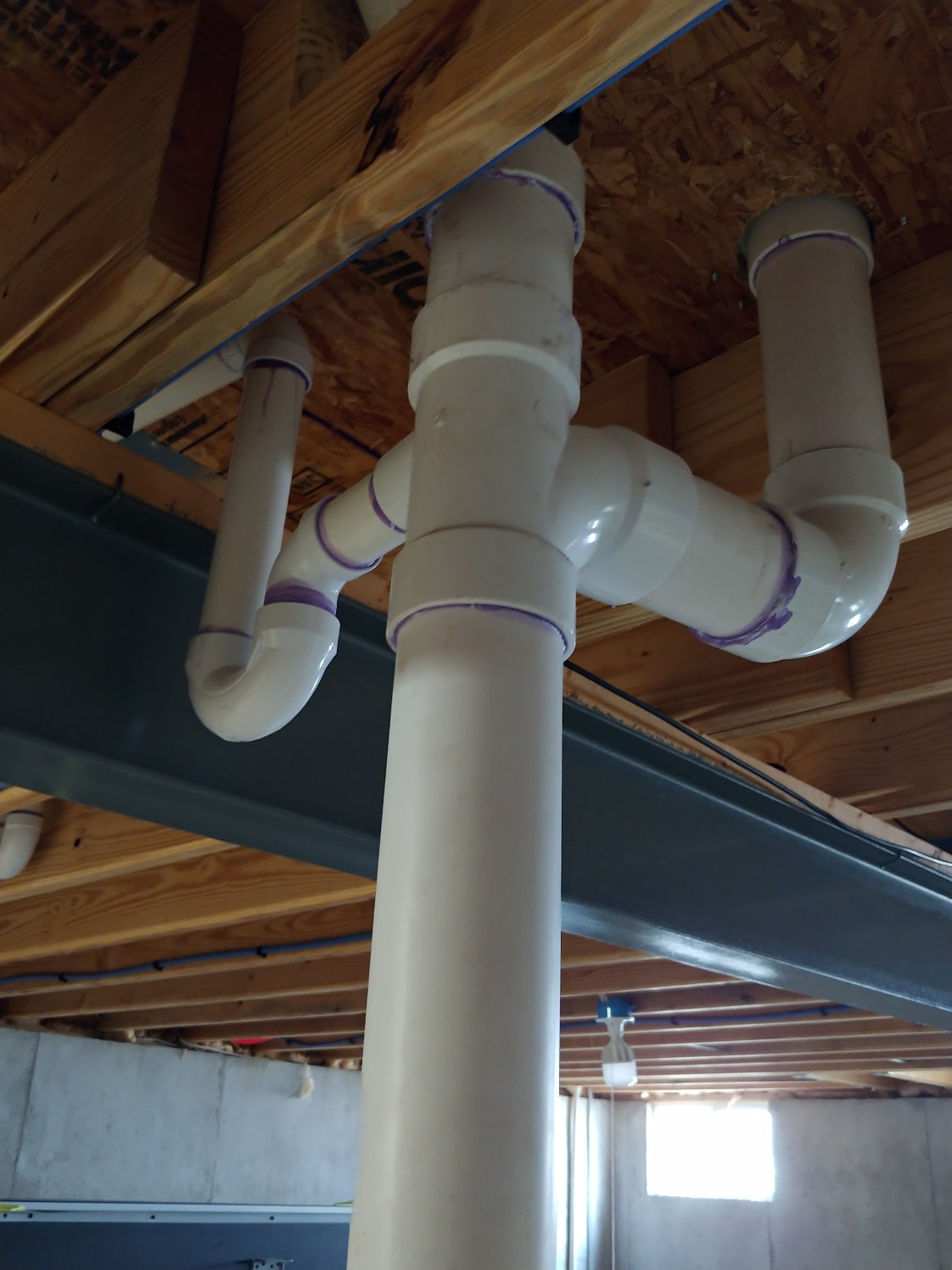 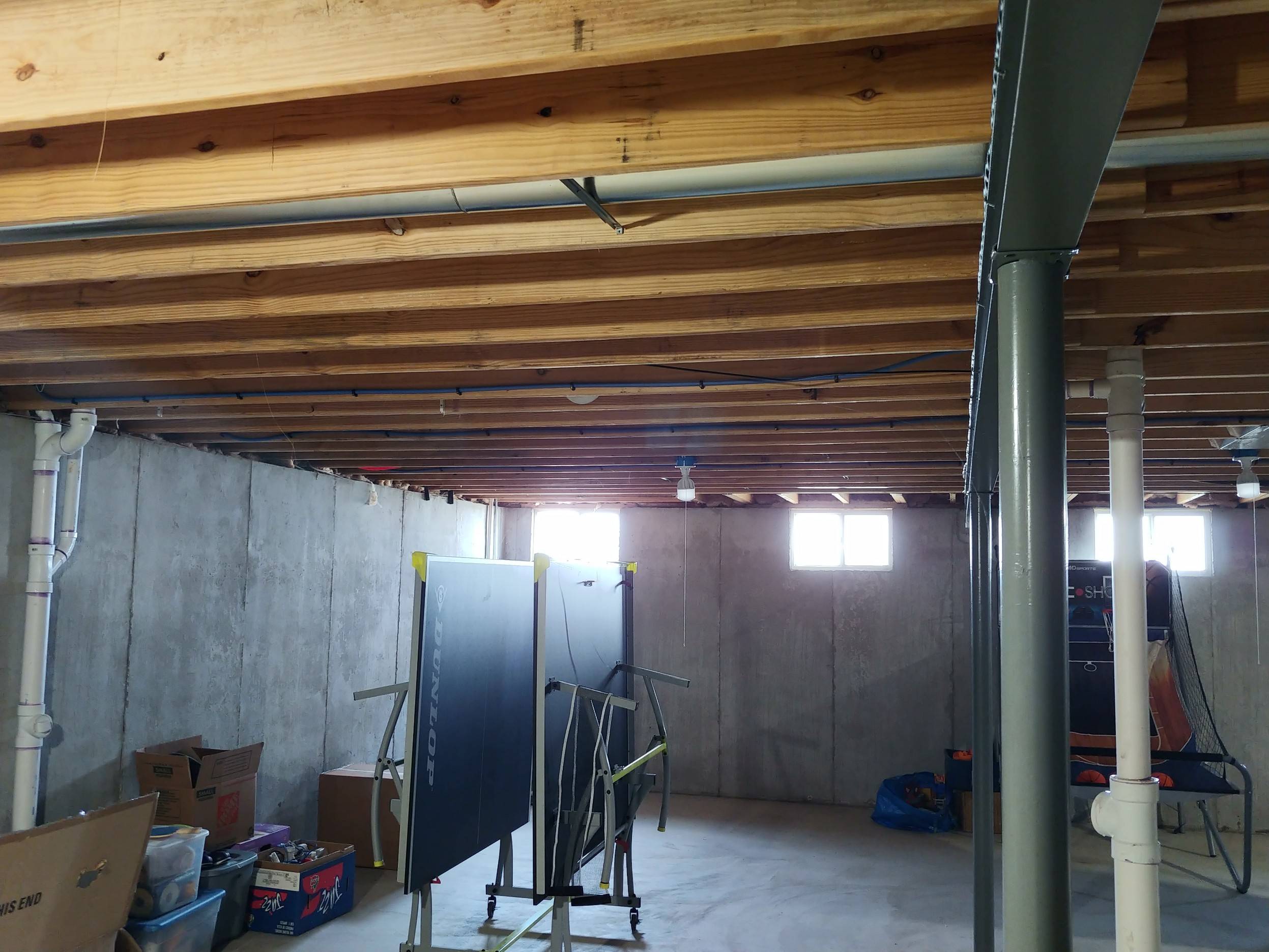 In theory yes the drain could take the long way around the room -- but there are several hurdles you'll have to clear to make it so.

The wye, the elbow, and the P trap all look to be below the level of the I-beam. They'll all need to be moved to the other side of the beam -- is there room enough to do that, both in the horizontal space between joists and also in the vertical space between subfloor and top of I-beam?

As the proposed pipe crosses the room toward that exterior wall it needs to maintain minimum slope. Can the arrangement of things by the beam be set high enough to allow the sloping, without requiring the pipe to drop below the bottom of the joists at the far end?

As noted in a comment by isherwood, the center stack transitions to larger pipe near the floor. It appears the pipe rising by the wall is not of this larger size. I think the plumbing code provides some math that dictates the sizing of a pipe based on the number and type of fixtures it serves. It's possible, then, that the portion of pipe crossing the room under the concrete floor might not be large enough to accommodate the combined drainage. It might be necessary to open the concrete floor to replace (up-size) that section of pipe.

Except for truly ill-conceived ideas, there's almost always a way to accomplish something and meet code. The way could turn out to be uneconomical, however.

8
Can a plumbing vent go up and then back down to the connection with the vent stack?
2
How should I center a light fixture when there's a vent stack in the way?
0
Hot Water Pipes in Multistory House
2
Adding sink fixture to waste stack with existing sink fixture
0
Any way to eliminate smell from a vent stack
0
Alternative sewer line in basement
1
Does a fixture connected directly to the ground stack (vented) need to be vented separately?
4
Other options for an air admittance valve besides underneath the sink?
2
Can I add a sink drain to a stack serving the floor above?