We are interested in purchasing a residence that has a workshop attached to it. The owner has erected metal shelving units like those shown in the attached photos. The shelving units are anchored to the drywall and metal studs.

There is no load bearing information attached to the shelving units. If we left the shelving in place and accidentally put too much weight on it, it could buckle the metal studs and fall down. If that scenario occurred, that could result in damage and personal injury.

If we have the owner remove it, repair and repaint the drywall, then there would be no future hazard or liability to anyone. If we needed shelving in the future, we could go and purchase and know what the load bearing capacity is and have professionally installed.

What steps should we take or how could we assess if these shelving units were installed properly and safely? 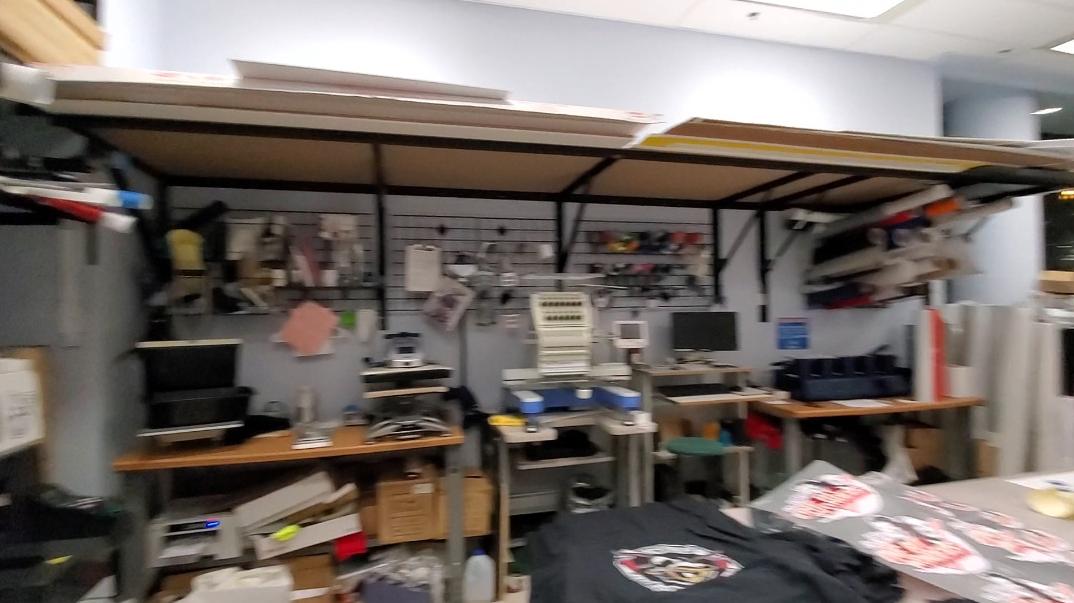 However, you do have the 'test of time' test, they've been there and are working. However, they also appear to be lightly loaded.

Those shelves appear to be very strong and likely properly installed or they would have failed already, or show signs of failing.

You're right be concerned about the wall studs, with shelves like this, the failure point could be the studs themselves. If the stud flange is not braced then it will fail in bending, out of the wall at the top of the shelf bracket, into the wall at the bottom. The screw threads could also pull through the metal of the stud.

If you're concerned about it, than do as you suggest, it seems that you have nothing to lose by removing them. Or it's on the seller to prove that they are ok or at least provide maximum loading.

Not the answer you're looking for? Browse other questions tagged drywall walls safety studs shelving or ask your own question.

4
How much movement is normal after mounting a TV on partition wall?
0
Removing a wall to the ceiling / roof
0
Load bearing wall & shelving suggestions
4
Are there any concerns with building recessed cabinets into a house/garage partition wall?
1
Is the wooden-stud basement wall that runs next to & parallel to the shared concrete wall separating two townhouses load-bearing?
0
Fixing water-damaged, rotting frame. Who to hire?