What kind of screw should I use to affix plywood to a hollow metal door?

I need to affix a plywood frame (depth ~1.25 cm or so) to an office entrance door. The door is metallic, but not a solid metal block: it's hollow. The metal face of the door is about 2mm. This is the kind of door I'm talking about (not this particular make or model, but that's the basic idea.

I ended up using 4mm-width, 30mm length wood screws, i.e. screws with a conical head and a cross shaped recess (for Philips/Posidriv screwdrivers). So, something like the second from the right in this image: 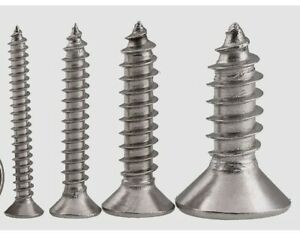 I used a 3.3mm metal drilling bit - narrower than the screw. Since the metal is thin, and likely not very hard, I was expecting to be able to widen the bore using the screw itself, in a way that would help it fasten itself to the bore. I first drove my drill bit through the plywood frame; when I got to the door, I didn't try to push forward wil a lot of strength immediately, but rather leaned into the drill with mild extra force, and let it take a while to do its work. It took a good few seconds for the bit to go throw the outer metal layer.

I then drove the screw in with a powered screwdriver some of the way, then fastened manually. The fastening required a bit of strength; it compressed the plywood, so that more than the code now appeared sunken; and did seem to "catch" onto the metal - the most important point of the whole exercise.

I did not use any rings.

Not the answer you're looking for? Browse other questions tagged doors screws metal plywood or ask your own question.

1
How to unlock a locked interior door?
0
Prevent home door to freeze during winter
1
What can I use to back a door jamb strike plate with no framing behind?
0
How to restore hollow metal door?
0
How to fill the cavity in a recessed door panel
1
Providing additional support for door hinges with no stud behind
4
How can I restore old, brass coated door hardware?