How can I remove this stuck screw in my bathroom? 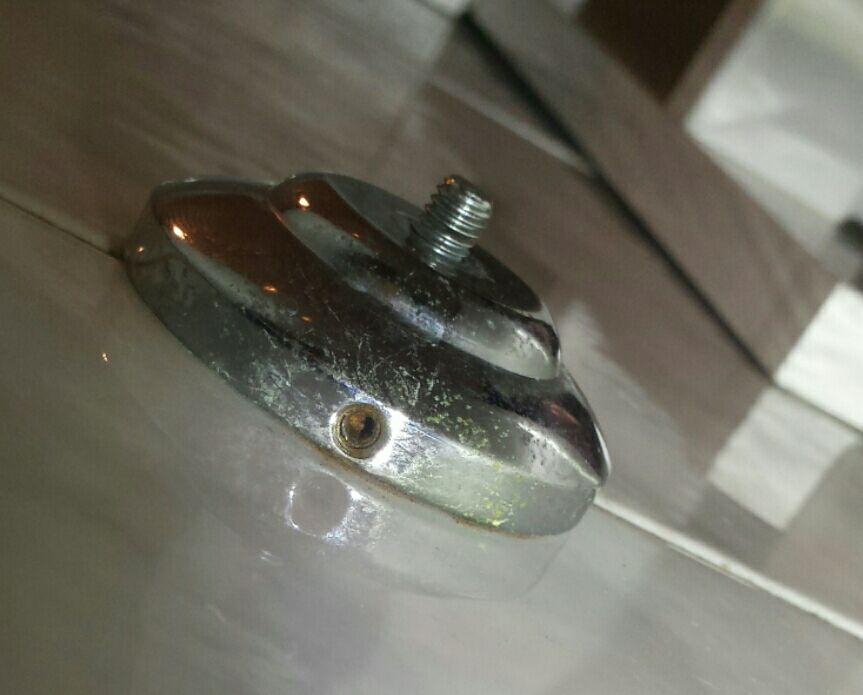 I'm trying to remove this tower holder, but the screw is stuck. The hole seems to be a 2mm hexagonal socket, but the allen key turns and cracks without moving the screw.

I've tried other fixtures and some will unscrew just fine while others are more or less stuck. I suspect that all the rust caused tue socket to crumble when I tried to unscrew so now it's pretty much ruined.

Normally I would use a screw extractor for this job, but the piece is just too close to the wall and a drill won't fit. Maybe some kind of manual, small screw extractor could be used, if it even exists.

I've considered several options to deal with this:

Any ideas on a technique/device I could use?

I like the approach of going in from the front offered by dandavis. But, you have some others. First, it bears mentioning that you should duct tape a piece of thin sheet metal you have handy out from the set screw to protect the surface.

Before we begin, did you try some Kroil and a larger key first? It could be it's reluctant because the threads are slightly corroded. I think trying to use a binary epoxy to spin it out is likely to fail.

Some other options depending are:

I find small screws regularly strip and I have only found 2 ways to get them out , the first way won’t work as that is using heat (a torch) you don’t want to crack your tiles. So then I move to easy out’s, I find the square easy outs work better than the round ones for set screws. Don’t set the easy out two hard or it may crack the black oxide set screw as they are hardened. There are many sprays / penetrating oils that help if given time to work. In this case a spray then use of a hair dryer may be helpful to work the spray into the threads prior to trying an easy out.

Not the answer you're looking for? Browse other questions tagged bathroom screws bathroom-fixtures stuck or ask your own question.