Barn Door with no header 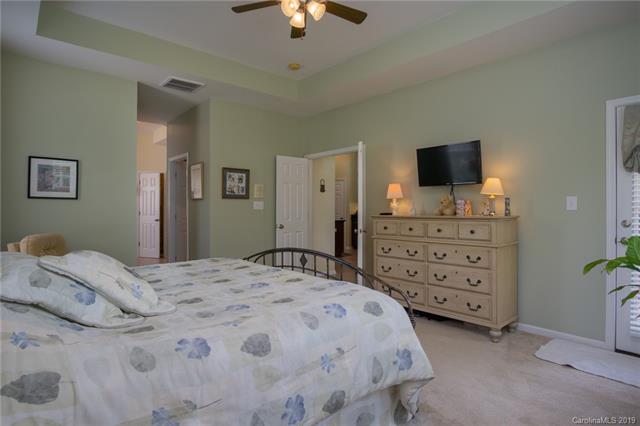 I want to install a barn door across the opening to the master bathroom. There is no header and I don't mind there being an open area above the door for extra air flow. What is the best way to do this? Also the 2 walls are not perfectly square. They are off about +/- 1/2". Any thoughts?

I suppose "no header" would mean that it's a passageway, clear from floor to ceiling, rather than having a foot and a half of wall overhead as a doorway would. Rather than saying the walls aren't "square," maybe it would be more clear to say there's a jog or offset between the walls on either side of the passage -- they aren't collinear.

Mounting a barn door here shouldn't be terrible. Barn doors hang from and slide along an overhead track. Choose one with a track that looks stiff enough it won't deflect sideways nor sag in the span across the passageway.

The offset between the two walls can be dealt with by shimming. Blocks or a strip of wood could be mounted to the "background" wall to create a surface about the same depth as the "foreground" wall; then the door hardware could be mounted to those blocks on the one side and directly to the wall on the other side. That's just one idea. It might be possible to use thicker blocks on one wall and thinner blocks on the other so as to keep some consistency on both sides. Or maybe the track mounting hardware for the specific door you'll choose would be adjustable so that the space between the door slab and the wall is adjustable. If so, simply adjust it far from the wall on one side and near to the wall on the other side.

Not the answer you're looking for? Browse other questions tagged bathroom doors or ask your own question.

1
What length header should I consider?
1
Widening load bearing door 4" & retaining existing header
0
New door binding on frame
0
Door is hard to close when windows are closed
2
Hardware for a barn/sliding door that cantilevers into free space when open
1
Installing a Heavy Sliding Barn Door into Metal Studs
1
Mounting a sliding barn door without a header
0
Is it possible to seal an interior barn door to provide an acceptable level of insulation between a conditioned and an unconditioned space?