Does the wall in the image need additional support? I intend to put a 24" wide closet in a hallway. The Wall has a diagonal beam going across it. I believe the beam was put there for shear. Supporting horizontal forces (wind etc..).

I will be adding another 2x4 to support the load of the roof. I will also add a header for the closet. Both are shown in black in the image. Would you recommend additional support to the wall to help with load or shear? 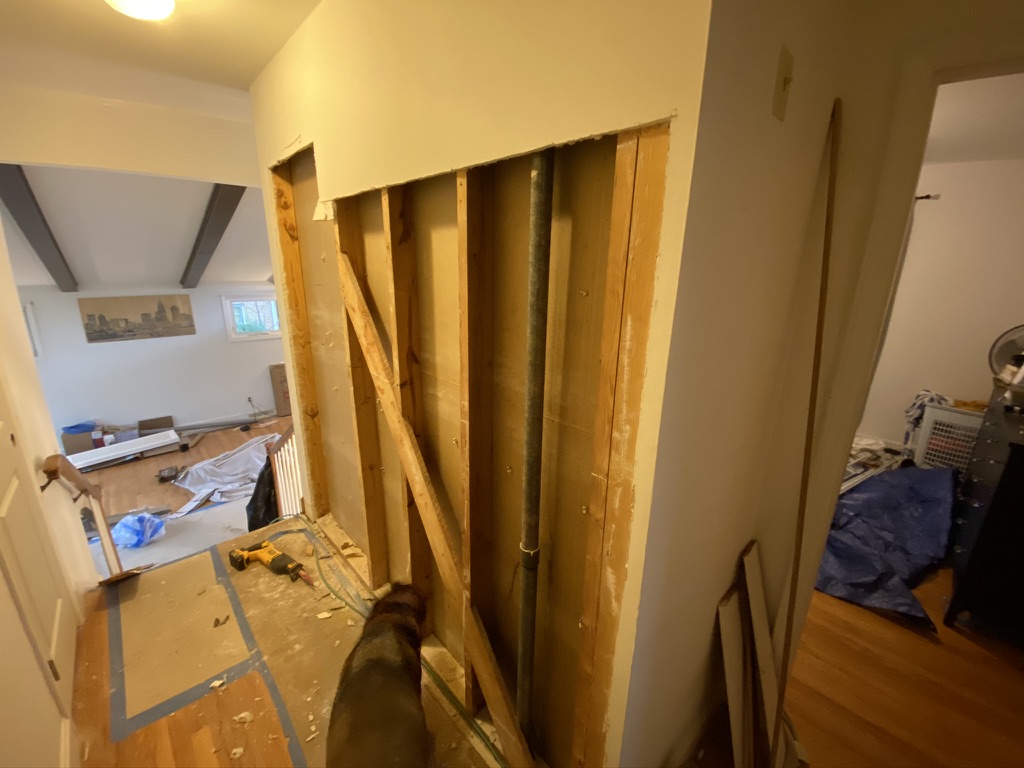 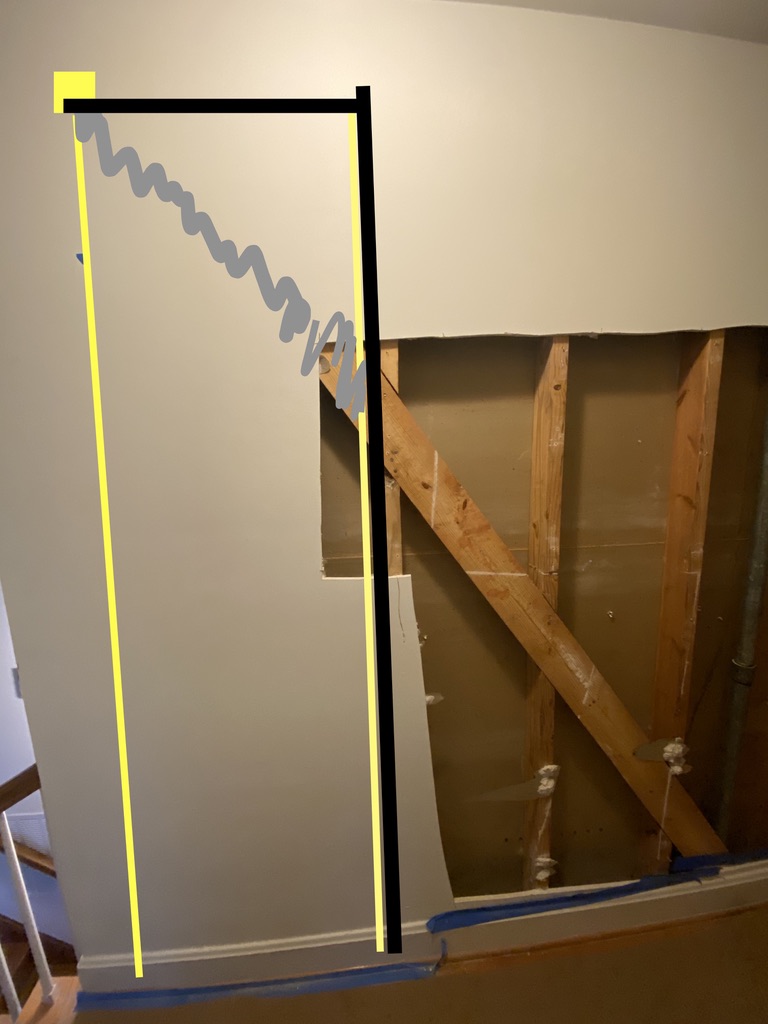 We don’t design for what’s normal. We design for the unusual. Just because you don’t have wind storms too often, doesn’t mean that you shouldn’t take precautions for high winds.

Structural shear walls are usually at the exterior (perimeter) of the house. However, perimeter shear walls can only resist a certain amount. If the house is more than 3:1 length to width or if it has an unusual shape (like “L” shaped) or a split level house, then interior shear walls are often required.

If any of these conditions do not apply, then it’s not a structural shear wall FOR WIND OR EARTHQUAKES. (However, it could be for lateral stability for stairs or some other element. To verify that, we’d need more detail.)

Not the answer you're looking for? Browse other questions tagged walls structural construction support or ask your own question.

1
How can I attach closet shelving supports where there are no studs,
1
How do I properly support the header when expanding a door opening?
8
Are these integrated diagonal wall braces structurally important?
0
Is this wall in my kitchen load bearing?
6
Is my closet load bearing?
0
Can I Move Interior Load-Bearing Walls Without Changes/Additions to Beams/Piers/Foundation?
1
Alter existing load bearing wall
2
Adding blocking between joist to support column?
1
What should be done to check the capacity of a 100+ year old wooden floor joist?