Should insulation batts in my attic be lifted off the ceiling, leaving a gap?

I have what appears to be R-30 unfaced fiberglass insulation batts between my ceiling joists. The installation looks like I would expect, except that the batts appear to have been pulled away from the ceiling drywall such that there is an air space between the drywall and the insulation. Some batts are bowed up and others have their edges exposed to the attic (not fully in contact with the joist as a result of being pulled up). Because the house has non-IC can lights, the insulation isn't continuous, meaning that the otherwise insulated air pocket is effectively vented to the attic every so often.

I would expect that insulation in direct contact with the drywall would perform best. It's not clear to me if this was done by the builder to make the insulation appear to be thicker than it actually is, if it has crept over time due to thermal expansion or other movement, or if this is a superior way to insulate an attic. 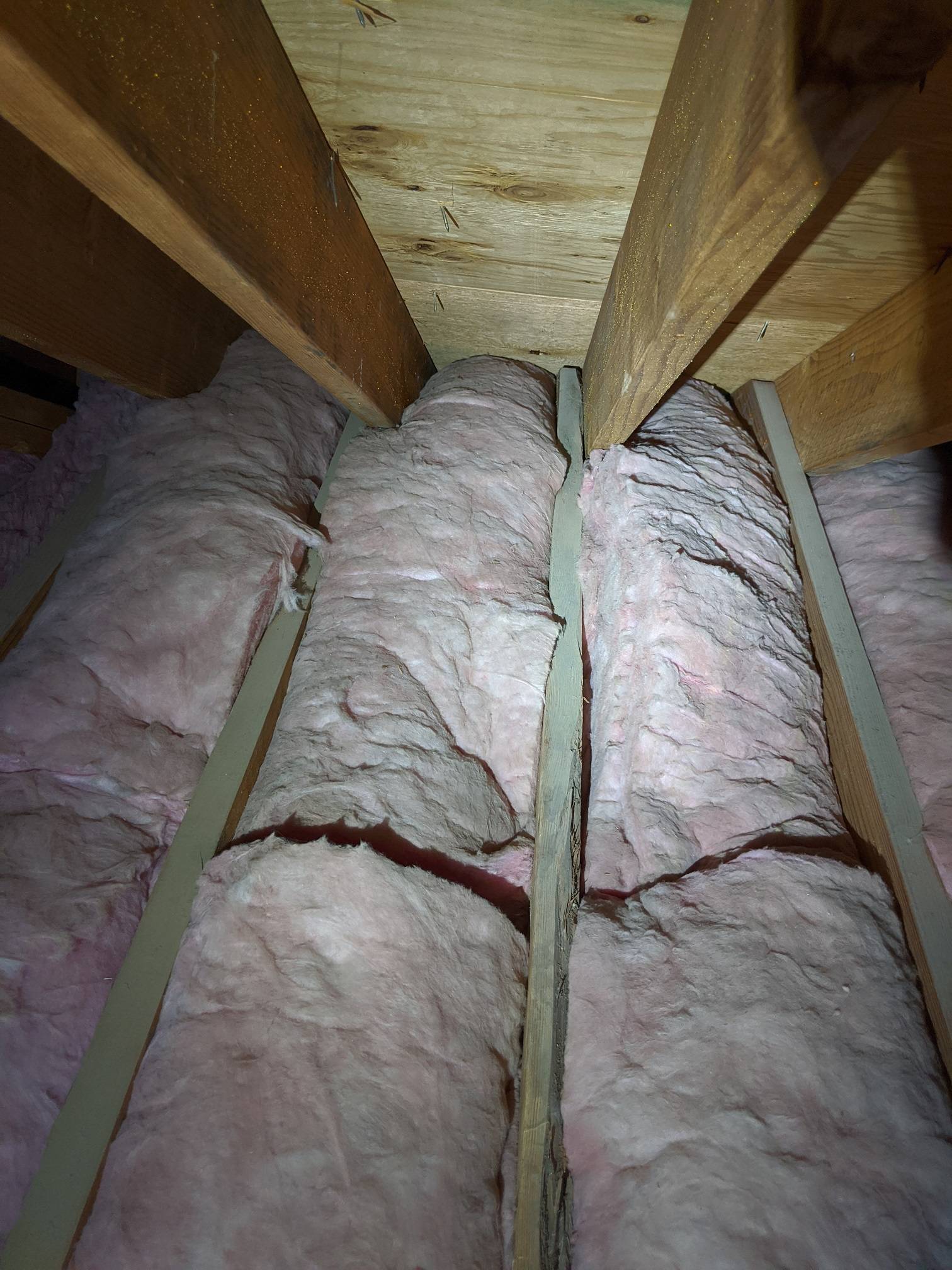 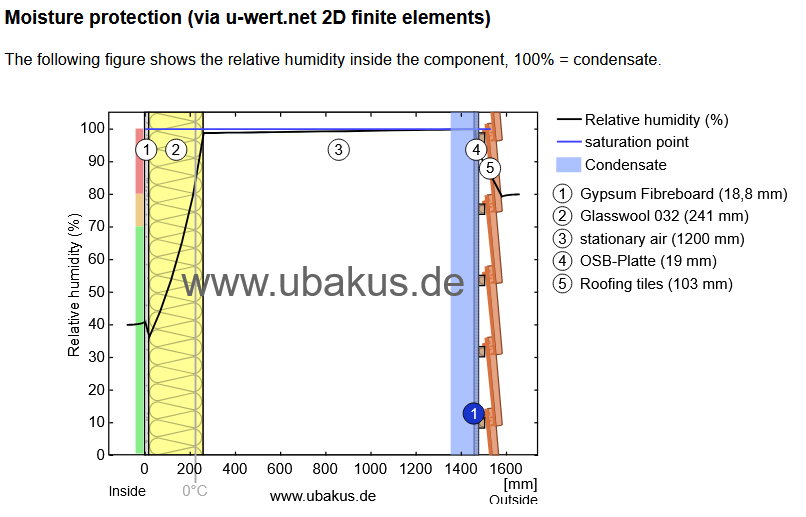 Here's a quick takeout from ubakus, though I couldn't find a way for it to show as a vertical space rather than a wall. The air gap between insulation and my roof sheathing ranges from 2-16 feet; I used 4 feet in this model.

Sounds like a sloppy install to me, and as a result the insulation that's not in continuous contact with the ceiling panels is doing nothing. If air can circulate around the insulation, virtually no heat is retained or blocked (in winter and summer, respectively). If this was some sort of intentional air gap there would also be an air barrier over the insulation (out of necessity).

I would do my best to lay and fit the batts that are there, then I'd consider overlaying blown cellulose (an easy DIY job) to fill voids and bring your R-value up to modern standards.

It doesn’t matter if there’s a 2” air gap or 2’ air gap between the ceiling insulation and the ceiling finish, the air gap is considered part of the living space AND will be conditioned to the room temperature. (You are heating/air conditioning an extra 2” of ceiling space.)

The graph is confusing because it’s rotated 90 degrees to how the space is constructed. (It looks like a wall space instead of a ceiling/attic/roof space.)

You can see from the direction of the black line why the attic space needs to be vented.

A bigger issue is the method of construction for your recessed can lighting. I’d build a box (usually made out of gypsum board) around the lights to keep the insulation away from the light fixture (so it doesn’t catch fire) and then install batt insulation around and over the box to compete the insulation envelope.

An air layer is sometimes part of insulation constructions in order to get rid of moisture, depending on the location of the due point. A reliable way to get all necessary information is to input each layer into the "Ubakus"-Site, which is free for private use: Ubakus.de