Safe to screw on a paper towel holder way above socket?

I'm probably overthinking it, but I'm trying to mount the SimpleHuman horizontal paper towel holder. It turns out that the best place for it is in the middle of the inner wall (5.1 inch wide) but above a socket which is located on the bottom of the wall. The three screws are about 1.1 inch each. I'm not drilling a hole, just using a normal mechanical screwdriver. Is this a concern at all? 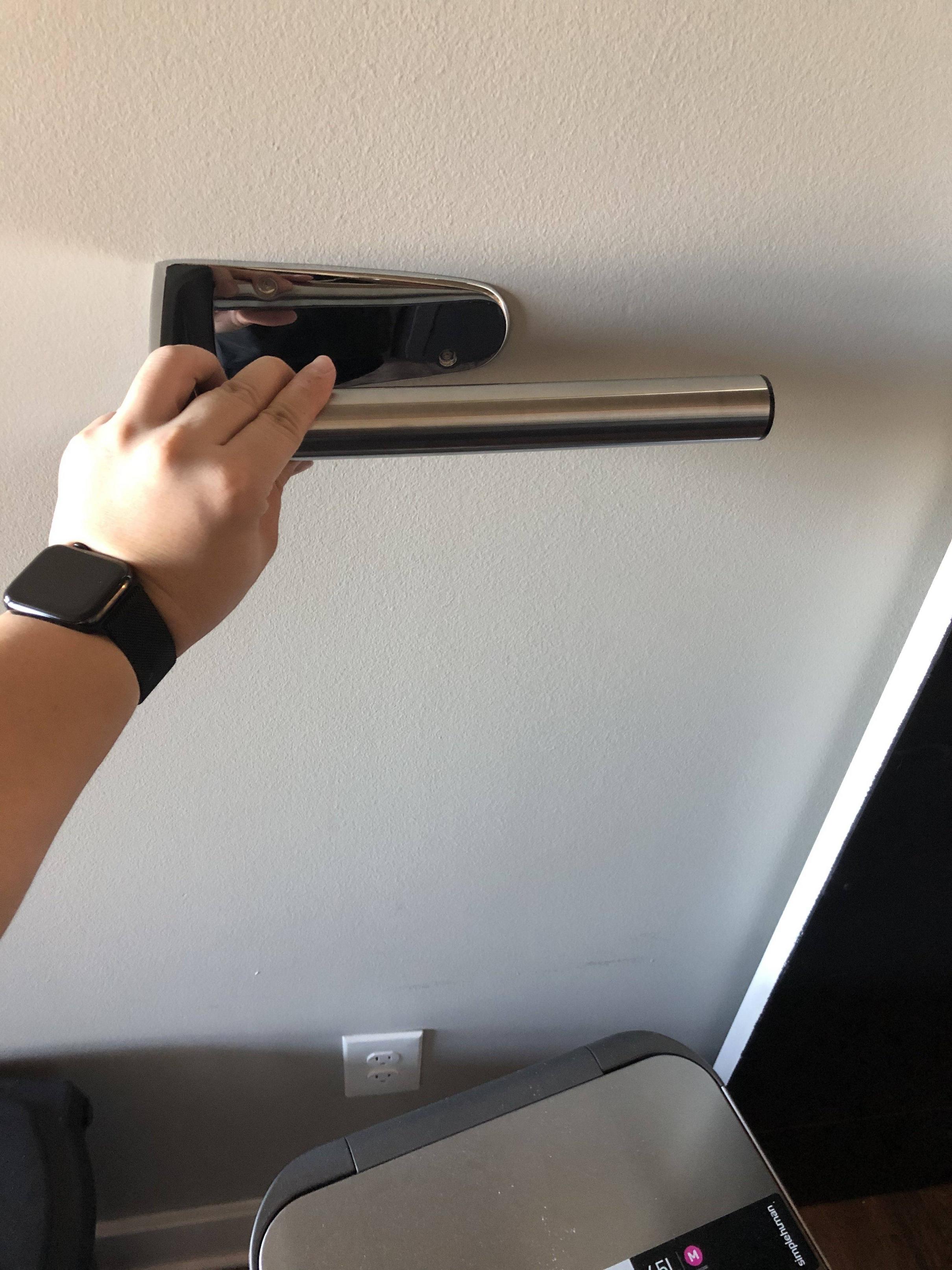 If you are concerned about the presence of wiring near where you are installing this, grab yourself a stud finder with "live wire" detection from your local hardware store. Entry level models are inexpensive. This way, you can find the studs and the wires. More expensive models may also detect other services (e.g. metal plumbing or gas pipes).

If you are just going to attach the holder with screws, or with the skinny little excuse for anchors usually included with these sort of things, you run the risk of the holder coming out of the wall over time, because at least one of those two mounting holes probably won't line up with a stud (unless you've got some super wide studs).

The latter (spring toggle, second picture) consists of a screw with spring loaded wings that spring apart after you push them through a wall. Naming may be different in the US, but I would expect they would still be readily available. The objective here is to distribute the load of the holder (and anybody pulling on it) over a greater area to avoid ruining your wall.

Be somewhat wary of the drywall (plasterboard) anchors though if you ever want to remove the holder, as they do tend to make a mess when they come out. 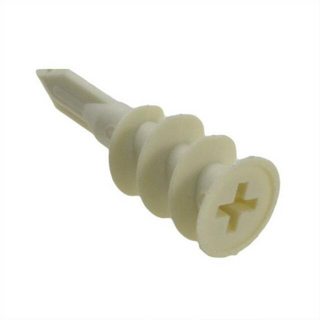 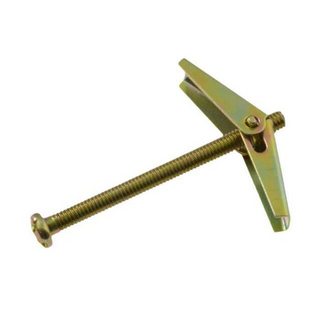 I wouldn't worry too much. Modern electrical standards have wire stapled an inch and a bit back from the interior of the drywall. If your screws are less than 1.5" long, you shouldn't hit anything. If you are pre-drilling for drywall plugs, only go 5/8" in.

It's ideal (and still safe) if you get one screw into a stud. There should be one either on the left or the right side of that outlet.

Good question! Your primary goal is to assure that you do not have a screw it a wire, and become "hot" possibly electrocuting someone at an inopportune time! The secondary goal is to get a sound mechanical connection for your holder.

As pointed out by another poster, generally, but not all the time, there is a stud on the right or left of an outlet. Usually studs are on 16" centers, but in smaller rooms like bathrooms they may not be. A hot wire detector is a good tool to identify where wires may be, but a stud finder is a good way of detecting where the studs are. So using a stuf finder (or your knuckles rapping on the wall, and detecting sound changes), I would identify where the stud is. Then I would try to get one of your mounting screws into a stud.

For the other screw, I would consider a plastic insert that goes into the drywall, and using a screw that only protrudes 1/2 to 5/8" past your holder into the wall. That will reduce the possibility of hitting a wire.

The paranoid, who own a voltmeter, will check for any voltage on the screws relative to ground, when the job is complete. It only takes seconds, and gives confidence that someone with wet hands, and another part of their body grounded, will not get the shock of their life at some inopportune moment.

Another perspective is to think if there would ever be a risk of dropping a metal object onto a plug which is in the outlet.

If the plug isn't quite in all the way then the electrified prongs could be exposed. A metal object making contact could in the worst case lead to injury or fire. Or at least a blown breaker.

(This is one argument for why some people prefer that US-style outlets should be installed the other way around - with the ground pin at the top).

A related risk could be handling a plug with wet hands, more likely to occur near the source of paper towels. There could even be a nonzero risk from dripping water, perhaps.

In this particular situation the risk of this seems quite small at any time other than when you are installing the holder. You might drop a metal part, tool, screw, etc. So the simple precaution it to not use that outlet while you're working above it -- or at least make sure whatever's plugged in is fully inserted.

I would also be concerned about reaching for a paper towel with wet hands and dropping some water down at the plug/socket interface.

The risk must at least be higher near where you are likely to have wet hands, or to be holding something wet.

(TBC to add - photo of towel dispenser at work)

Not the answer you're looking for? Browse other questions tagged mounting wire screwdriver or ask your own question.

51
Which way is up? (electric outlet)

1
How should I fix this drywall hole for my bathroom paper towel holder?
4
How do I secure a one-armed toilet paper holder, which constantly slips off the mount?
3
Can a toilet paper holder be mounted to the side of an MDF bath vanity?
2
Problem mounting TV wall mount / possible cracked stud
1
Safe way to a hang a barn beam mantel
1
What is the best way to add new stud framing above fireplace and tie it into existing framing?
6
Do lag bolts need to be centered?
1
Drilling in a corner right next to a wall
0
I was installing a TV mount in a new office on a partition wall and ran into some issues