I have a small portable fan that, for reasons beyond my understanding, has a fuse inside of the plug. The fan stopped working because the fuse broke. At the store, I couldn’t find a fuse nearly as tiny as the one in the plug, but a colleague suggested I look in my Christmas lights because they often have the same size fuse in those plugs. Surely enough, I found the size fuse as a spare in a box of unused Christmas lights. The only difference is the fuse is labeled as 3 amps, and the plug of the fan has this text on it: 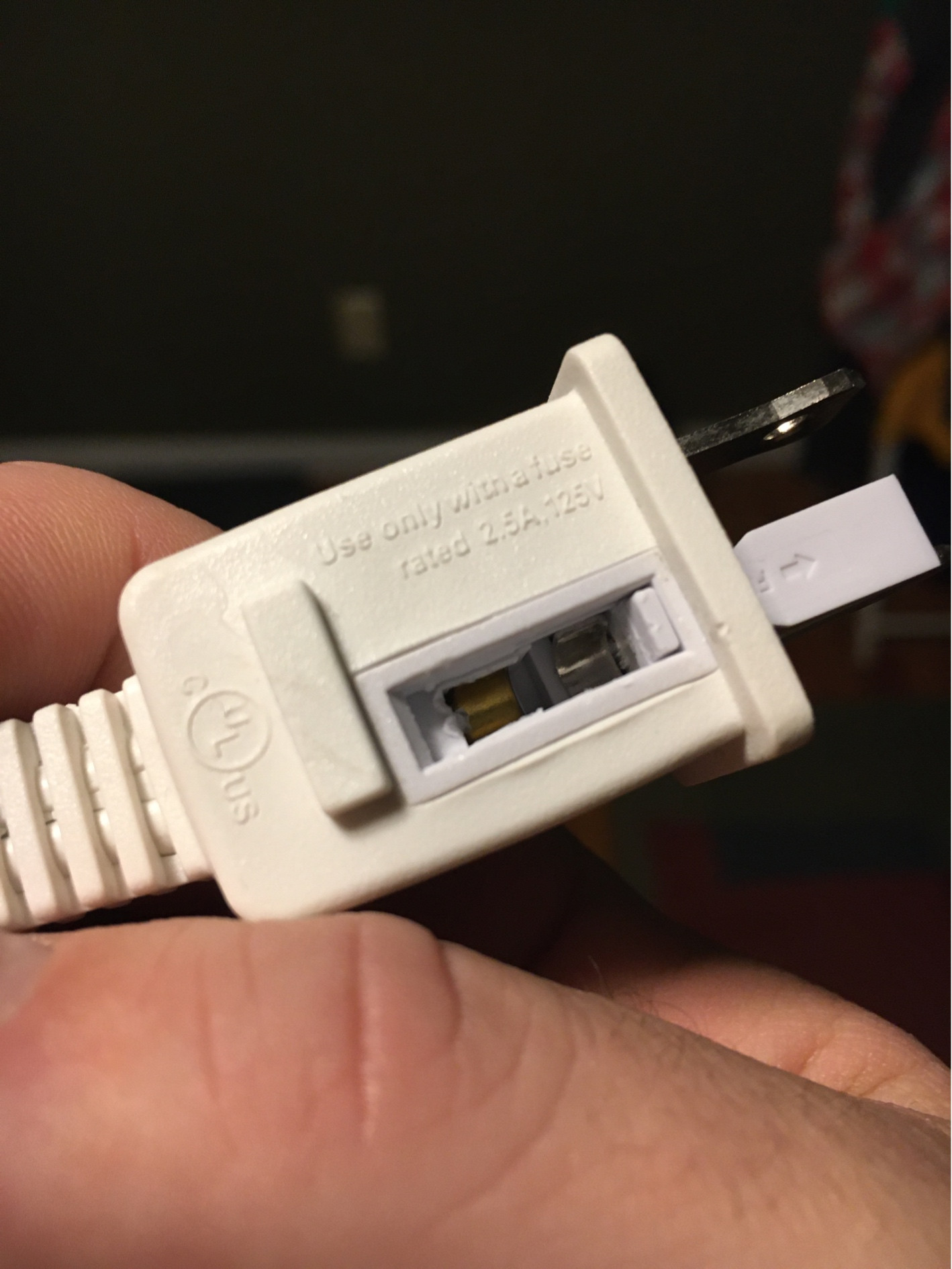 So, I’m just curious what danger lies in using a 3 amp fuse here. Could the fan be damaged? Could the house burn down? Something else?

Disclaimer: I am a visitor here from Electrical Engineering SE. Exceeding recommended safety ratings always comes with some amount of risk. Whether that risk is significant can vary greatly depending on the particular situation. Take the following answer with the greatest of precaution.

I don't think the difference would cause any significant issue, as any hard failure would blow the 3 Amp fuse just as fast as it would a 2.5 Amp fuse, for most practical purposes.

In higher powered or more critical situations, one would be wise to be very careful about safety concerns. In this situation, 3 Amps of current would not likely even come close to pushing the limits of the branch circuit to which the item is connected before the 3 Amp fuse blows.

If the offset in ratings between the two different valued fuses were larger, then there might be some room for concern, but one has to consider that fuses are not an exact science. In their simplest form, their tolerances can vary greatly.

According to the manufacturer "Littelfuse" on page 4 section 1 in this PDF, just a change in temperature alone can change the rating of the fuse by 25%. Furthermore, section 3 on the same page actually shows a situation where a circuit that is intended to blow a fuse at 2.25 Amps, actually should use a 3 Amp fuse.

In view of this, the 2.5 Amp specification being 16% less than the 3 Amp fuse you would like to use seems insignificant. Based upon the above-linked PDF, the original 2.5 Amp fuse could have passed over 3 Amps of current before it blew if the fuse were very cold.

Fuse selection at a local hardware store is often limited to the types that are likely to be used by customers in the area. You should instead consider looking at a distributor that you can access online to gain access to a much larger selection. 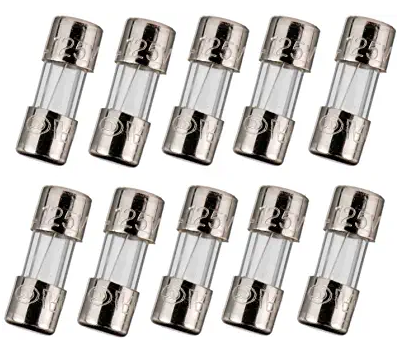 You are taking the risk that your house could burn down, and that your insurance policy could be void because you knowingly caused the fire.