I'm viewing a tutorial on soundproofing, and it shows the diagram below, with the red rectangle area being the noisy space to soundproof from, and the blue rectangle being the quiet space being protected. Then he says

while pointing at the red arrow. What does that mean? 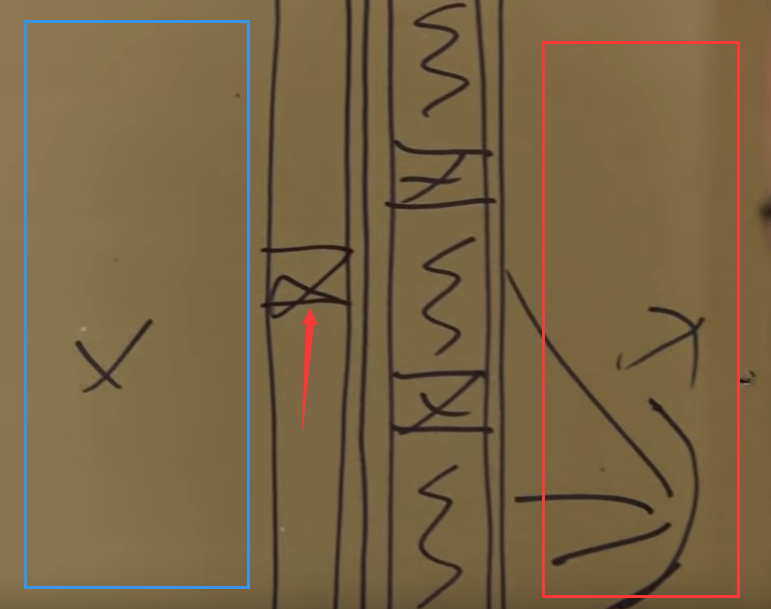 A common method for building walls is to use vertical studs (often the classic "2x4"s) to support the surfaces of the wall: 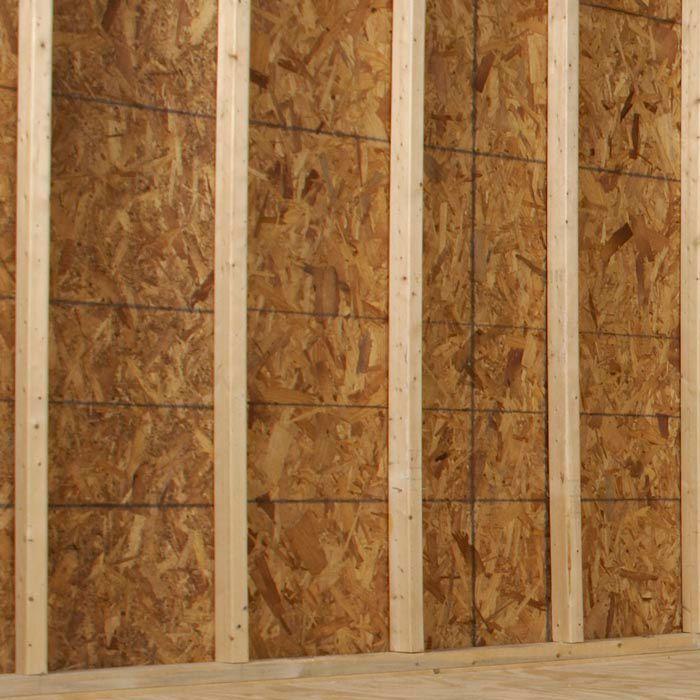 The standard spacing for these studs is 16 inches "on center", which means that the stud centers are 16" apart. This provides a good balance between strength and expense. 16" is also a common spacing for other building supports (beams and joists).

The tutorial is describing building an additional surface to block the sound, supported by studs. However, this wall will be supported by studs every 24" rather than every 16". I'm guessing the wider spacing is for two reasons:

"On-Center" is a term to indicate measuring from the center of one to the center of the next. This has the advantage of not getting into the detail of the actual width of the material being used. If you try to space a set of 2x4's by measuring between the side of one, to the side of the next, then you have to take into account the actual width of the stud. (24" - width) A "2x4" is a nominal size, the actual size is less, and that's just a detail in the bigger scheme of things. If you do "On-center" measurement that issue is brushed away.

Not the answer you're looking for? Browse other questions tagged sound-proofing or ask your own question.

9
Why does my house carry sound so much?
1
What economical ways exist to dampen floor vibration on top floor apartment?
1
Framing interior non-bearing wall with 24" on center for sound proofing
0
What to use to lower the computer noise in a wooden cabinet?
0
Is it possible to build a one-cubic-meter soundproof space? what is the minimal size of a soundproof space I could build?
0
For the purpose of soundproofing, do I need to comply some building code when renovate my bedroom? If yes, what it is?
0
Double glazed windows reduce only part of noise. What could I do next?
0
We live in a condo with a shared wall. When the neighbor turn on their water it's loud. What can be done about this