Cheap way of attaching canning jars to a concrete wall?

Is there a cheap way of securely attaching a small glass Mason jar (like the one below) filled with water to a concrete wall? The jar doesn't have a top and it doesn't have a handle.

I'll be using it to decorate the wall: I'll fill the jar with water, put some plant or some flower in it, and just "stick" it to the wall. 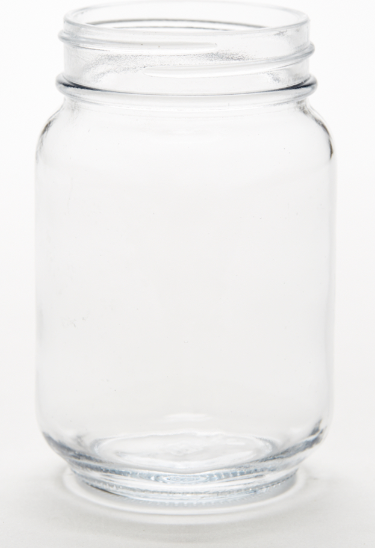 Since you will be putting water and flowers in them you will need to be able to take them down and clean them.

I would make some kind of wire cage to hold them, use some malleable wire and cover with chicken wire or ??, mount the cage on the wall and then place the jar inside. 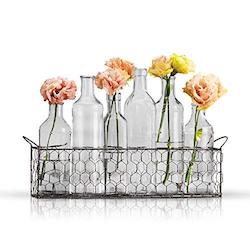 Or ( My choice ) buy something like these light protectors and mount them on the wall ( large opening up ) with some thin aluminum or copper strips. ( if money was not an issue i would make some black iron pipe holders to mount these to. ) 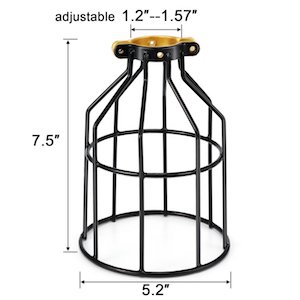 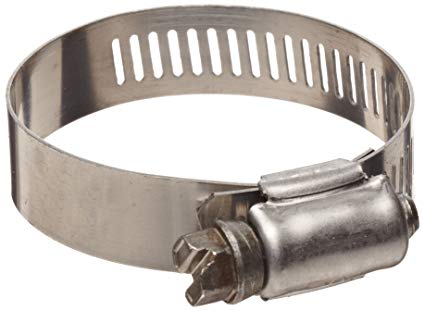 Find one large enough to fit around the jar (bigger is better). Being mindful of how the clamp closes so you don't interfere with that operation, you could use a small screw through the slats of the clamp into the wall or a board.

Depending on what you're trying to do, you could attach the jar and ring assembly to a nice piece of barnwood or something if you're going arty, and then attach the board to concrete through any number of methods- tapcon screws, 3M adhesive, etc.

Hooks higher up the wall (maybe on one batten), and some decorative string, and an ancient knot.

Romans used it to suspend jars of olive oil to avoid breakages in slave galleys when the seas were rough, and called it the Amphora Knot.

Bootleggers during prohibition used it for bourbon when the cops chased them, and called it the Jug Knot.

In the UK, it is a Bottle Knot, and was used in shipyards and mines to smuggle something warming into the workplace, slung inside your coat so your pocket did not bulge. Sailors used it on their kit-bags, so it is also the Bag Knot.

Nice touch is that it can be tied in the middle of a length of rope -- no need for ends. So you can tie up a row of containers with a single piece of rope, which hangs between them.

Not the answer you're looking for? Browse other questions tagged concrete walls glass or ask your own question.

3
Concrete slab at a brick wall
4
Do I need to install dry wall in my basement?
1
repairing concrete damaged by anchors
2
What is the laziest way I can build a non-structural, non-aesthetic cinder block wall to contain compost?
0
How to waterproof metalic electrical conduit entrance in concrete wall?
2
Making a fake wall to mount a tv, easy as it seems? will the fake studs be able to carry the same weight?
2
Building a 'Concrete' Ramp, Concrete Mix
2
What to use so concrete doesn't stick to plastic bucket?
0
Filling a CMU block wall in garage