Can my lug and breaker insert be rotated 180 degrees

I recently posted a question about my panel, Cutler Hammer CH30E, being properly grounded. All ground wires were twisted together and stuck in two lugs screwed into the left side of the panel. 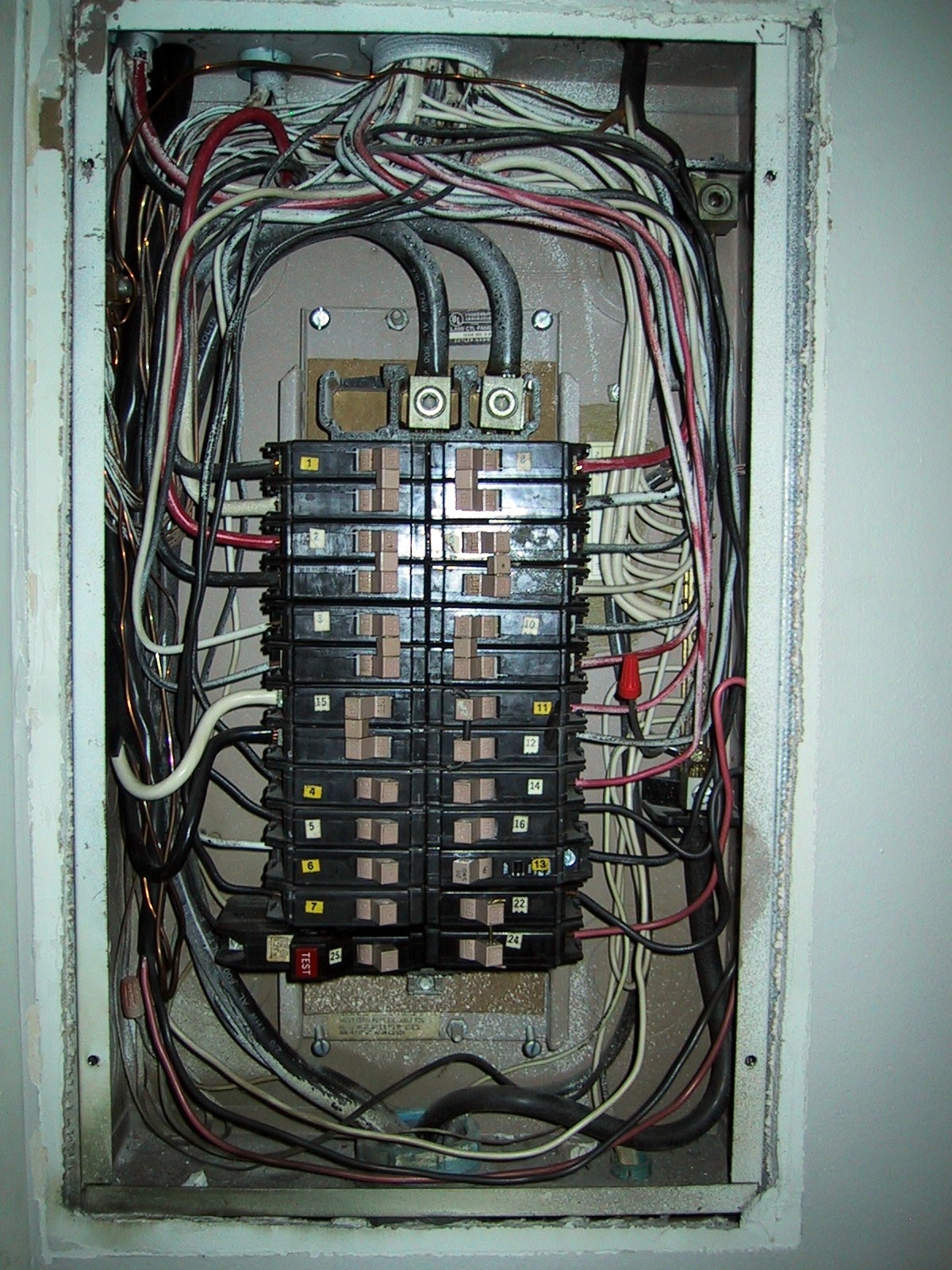 This didn't go over well with Harper. So I got the appropriate grounding bar for the panel. The two pretapped holes for the bar are about 3/4" above the lug /breaker insert and another set 3/4" below the insert. The lower location would be great except none of the grounds will reach. The top location would be behind the 2-2/0 Al wires. It would fit but be close.

Are the panels designed so that the lug/breaker insert can be rotated 180 degrees and the feed come in from the bottom instead of the top. This would free up the top area for the bar and all the ground wires would reach.

There are some improper handle ties from when they built the house. I've got correct ones on order.

UPDATE: Well I think I corrected the problem. I removed the two lugs holding all the ground wire. shown below are the two lugs and the screws that held them to the side of the box. 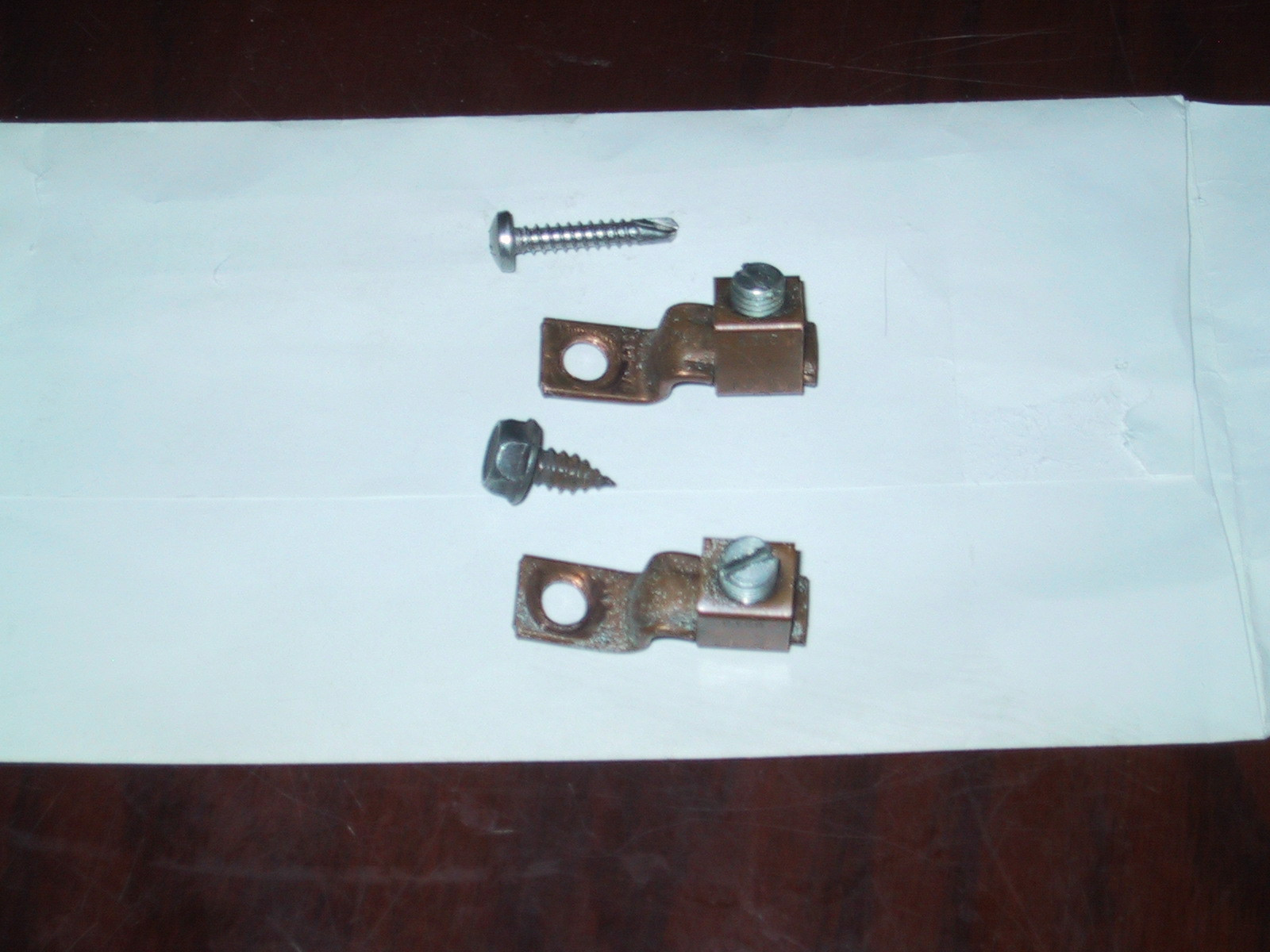 Here's the panel with the new grounding bar installed. The rep at the electrical supply store ( not Home Depot) assured me I could double ground on the holes, even triple ground, since I got the suggested grounding bar for the cutler Hammer panel. I tried to clean the panel up a bit but was limited because the builders cut the wires so short. 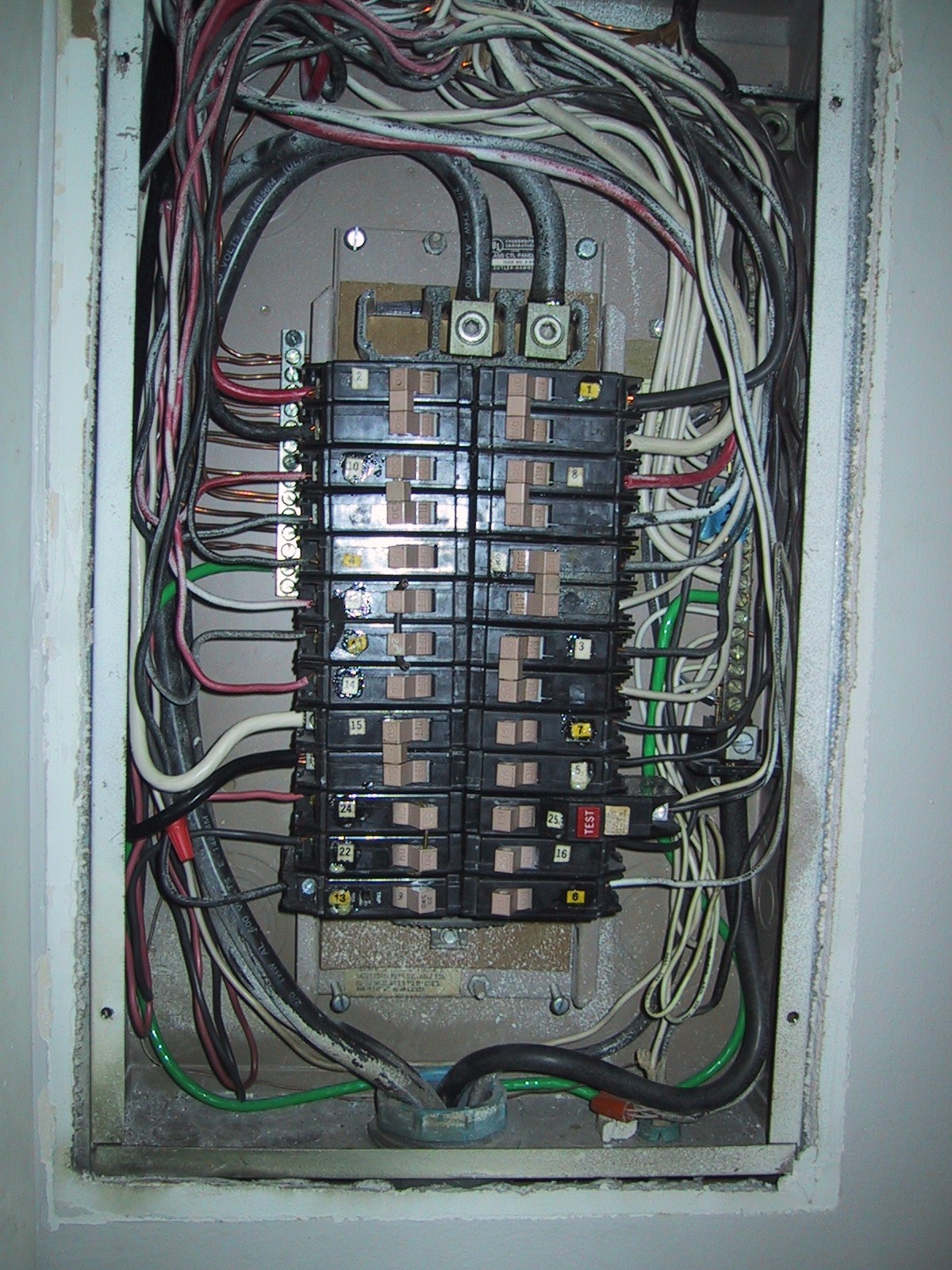 Thanks for your help.

That right there is what a panel should look like. Note the empty void for a third service wire; that's for 3-phase which means it's industrial grade. The breakers are 3/4" wide; this would only fit 20 breakers if they were 1" tall. It's very, very busy in there, but only because all the wires come in the top hole. It's not anything to worry about. They did you the disfavor of runting off all the wires so they barely reach the breaker/bar, which frustrates moving anything around or adding AFCIs/GFCIs. But here's the thing:

They can be placed anywhere in the panel. except the screws can't mount on a knockout (it can bridge across an unused knockout). But you need to very carefully drill and tap the mounting holes yourself, -32 pitch or finer, typically an 8-32 or 10-32 or 1/4-28 screw (whatever they provide in the kit). The holes must be the right size, which means looking it up on the web and hitting a hardware store for the correct bit, probably a numbered bit like #27. I would wrap the drill bit with masking tape so only the first 3/16" is exposed, so it can't nick a wire.

If you strip out a hole, just move the bar over 1/4" and try again.

As far as flipping the bus bar assembly

It looks to me like Cutler Hammer went to a fair amount of work specifically to make the bus bar assembly flippable. But that appears to be so they could do it at the factory, because there's a problem.

The cover won't line up. You could contact Eaton and see if they can supply a cover for that; it's possible.

If you rotate it, the obvious constraint is that the breakers still have to line up with the aperture in the front panel. At first glance, it looks like the breakers are not symmetrical with the mounting screw pattern, and even if they were, if you did swap the rail around it'd leave very little room for manipulating the feed wires into the lugs - they don't form into nice tight radii.

Many boxes can be used upside down for bottom feeds, so if there's symmetrical mountings in the back plate for everything (and things like the door latch work the other way up) you can invert both the rail and the front plate, to leave the larger space at the bottom.

Not the answer you're looking for? Browse other questions tagged wiring electrical-panel grounding or ask your own question.

0
Is this neutral-ground bus bar configuration correct?
1
Two Wires in One Breaker Panel Lug
1
adding a ground wire to a 2-wire breaker panel
0
Can I safely wire a generator switch to two electrical panels
2
Can I use a bonding terminal on ground wire between ufer rod and panel
2
Are my circuits properly grounded?
1
Can a subpanel's ground and neutral be served from another subpanel, while the circuits come from main panel?
5
Ground wire pass-through safety switch to sub panel?
3
Should I double up grounding wires under lugs in panel or pigtail them?