Can I calibrate this thermostat? (Cadet brand, 240V)

My thermostat operates but seems to be badly calibrated. It will hold temperature, and you can adjust that temperature, but its not the temperature it says on the dial! It goes much higher than the stated number.

For example: to get the room to 70 F, you have to set it to about 55. To keep the nighttime temp. colder around 55, you have to turn it to around 40-45 but not as far as "off". As you turn it there are some audible clicks of either the mechanism or relay as it switches on/off (I think that's what I'm hearing).

It is a 240V line-voltage thermostat that controls an electric baseboard heater.

Under the cover there are two screws (allen key I think) which I imagine might be used to calibrate the mechanism. I asked the manufacturer and they said they don't have any manuals for this 20-30 year old model.

I could just experiment but thought it was better to ask here first rather than risk making it worse... but I'll do that if I can't find any other information.

The top photo was taken when I set it back from 70 (which it overshot) to a nighttime temp. 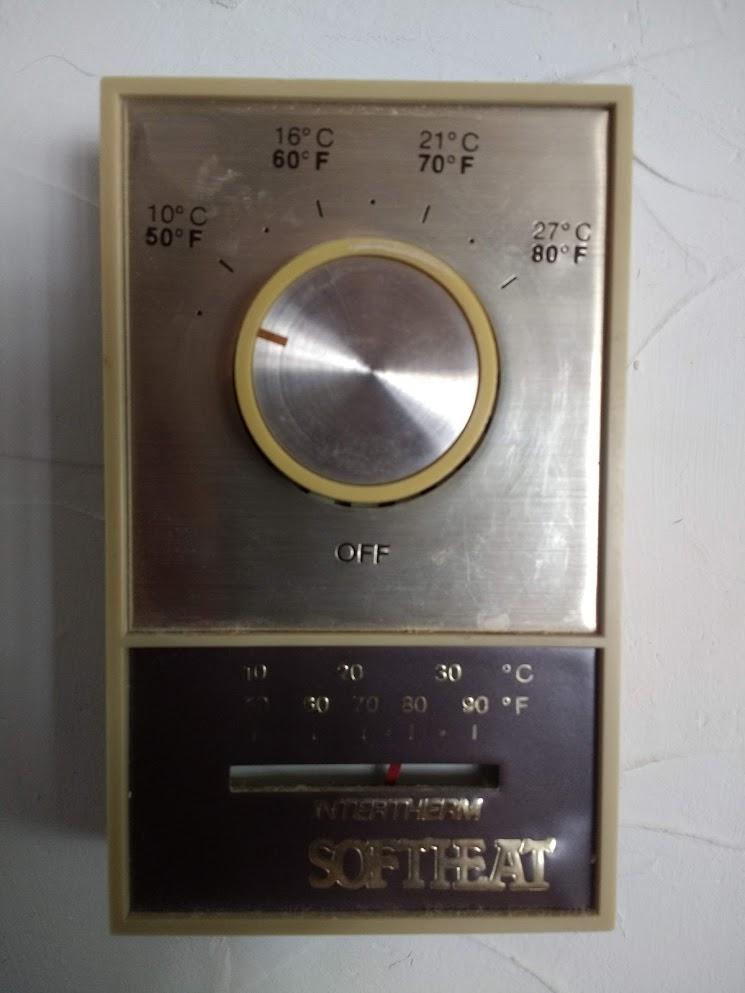 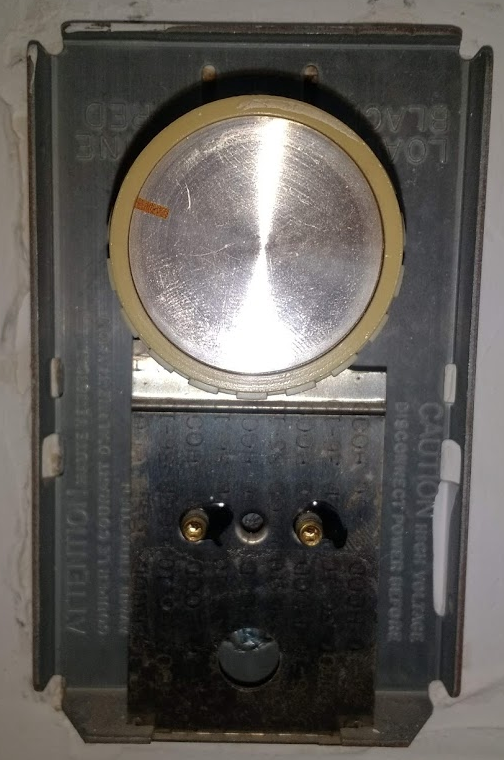 Browse other questions tagged heating thermostat or ask your own question.

4
What's wrong with my thermostat (fan / limit control)?
1
What causes a heater fan to keep running?
0
Is it bad to have the bottom of a baseboard heater covered?
1
Why do my rooms heat to different temperatures?
1
Electric baseboard heaters stuck on with digital thermostat
0
Join multiple independent electrical heaters under one thermostat or one control hub
0
Making sure old Honeywell Thermostat (round dial) doesn't turn on
0
banging sound from gas boiler