Trying to replace a garage light switch with old wiring

Trying to replace a light switch in the garage with a new one but the wiring doesn’t match. 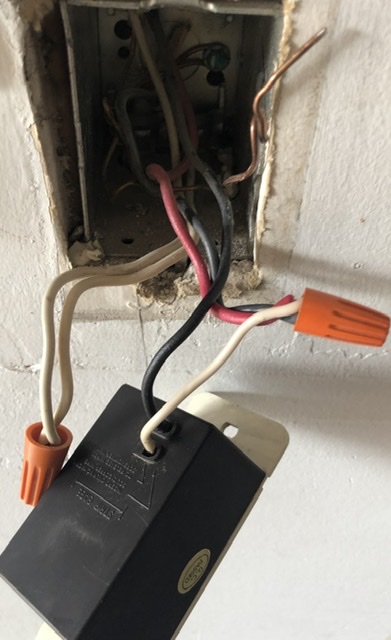 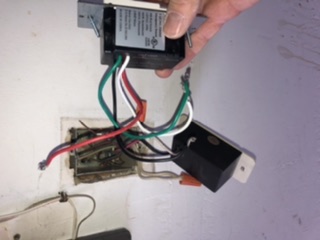 New switch has white, black, red and green. I already tried matching the new switch as white to white, green to ground, black to black and red to black/red and it didn’t work.

Well, you're halfway there, and kudos on you for not blindly experimenting as many will tend to. (this can lead to configurations which "work" but will kill you).

I can tell you what is definitely correct:

So those are done.

Now, you need to double-check the smart-switch documentation to identify the supply-hot for the switch; this is usually black, but that's a convention, not a law. We'll assume it's black; adjust if that's wrong. We are going to cap off the switch's switched hot, and not use it for awhile. Right now the objective is to get the switch itself to power up.

Since you tried black to solo-black, we can cross that one off the list. That leaves the red-black combo, and again, kudos for not breaking up that pair. I would try that pair for supply-hot. Cap off the remaining black wire for now.

I suspect at this point, the switch will power up. Once you have confirmed some sort of functioning (LED lights, controls work, switch is pairable in its app, etc.), then you can with confidence hook up the switched-hot lead (presumably red) to the remaining unused wire(s).

The only thing that's odd about this - not wrong, but OCD-inducing - is that apparently the cable to the lamp is a /3 cable, with black used as switched-hot and red used as always-hot. Most people prefer it the other way 'round, because then, colors mean something. Code allows it either way.

White in the original switch may have been part of a switch leg not a neutral that your new switch needs, on the new switch I believe you need a neutral if there are several whites in the box tied together that is usually the neutral but a single white may actually be a hot, the hot normally a black in the box but could be a white if s switch leg goes to the black and the red on the switch is the switched hot normally going out on a black wire. I cannot see the wires in the back of the box but this is how I would wire it if it did not work I would check to verify the black hot to white has 120v.

Not the answer you're looking for? Browse other questions tagged electrical wiring switch garage or ask your own question.