I have an outlet I am going to move up the wall. The outlet has two cables running to it. My question is, if I run a new straight down from my new outlet location, do I just tie together all three cables together at bottom, cap them, same color, and wire up the new outlet at top with the other end of the new cable?

I will be putting a blank face plate at the bottom where the tie in will be per code so it is accessible. Please let me know if this is correct, I have some electrical knowledge just have not done this before and want to make sure it is acceptable. 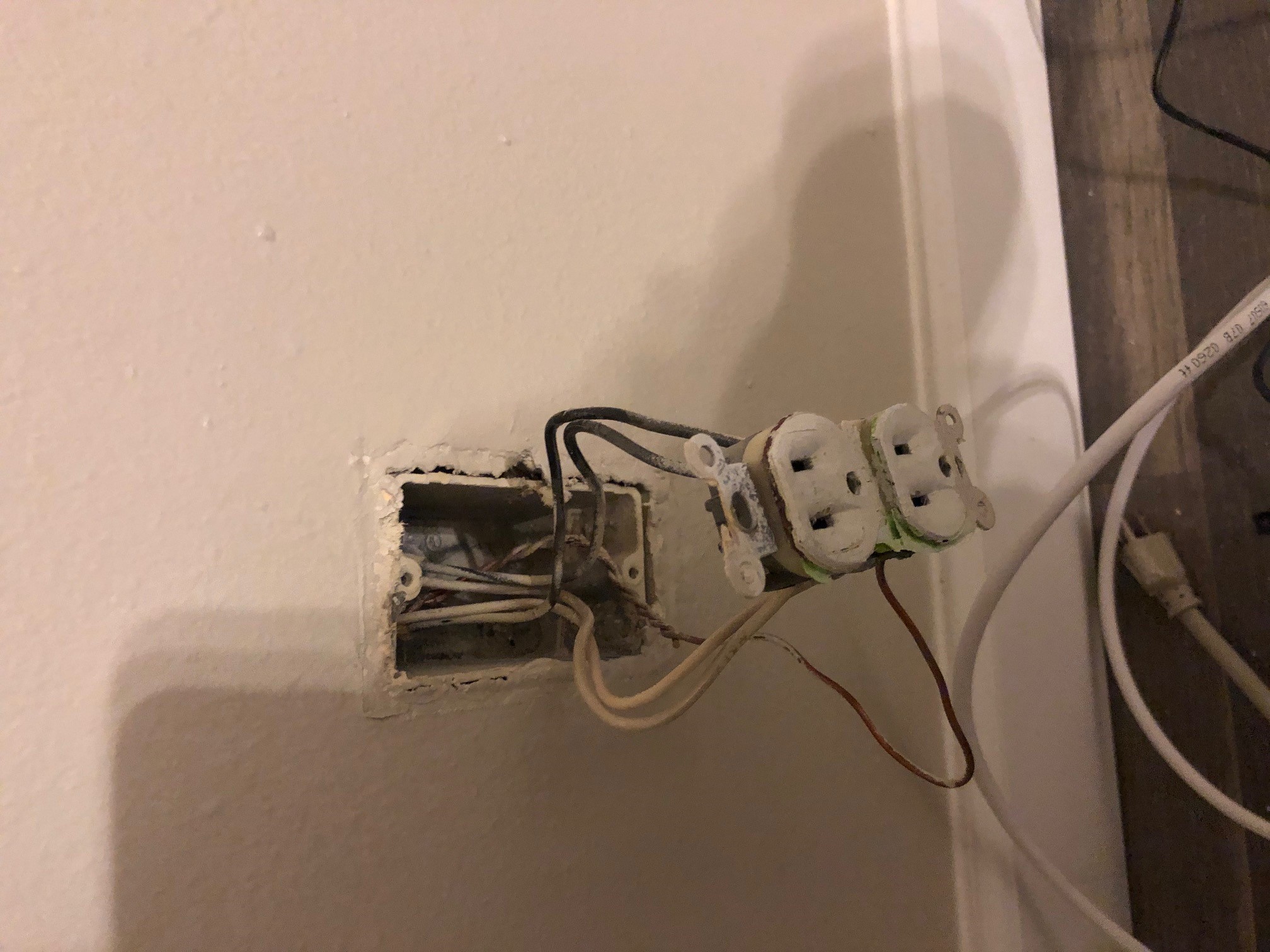 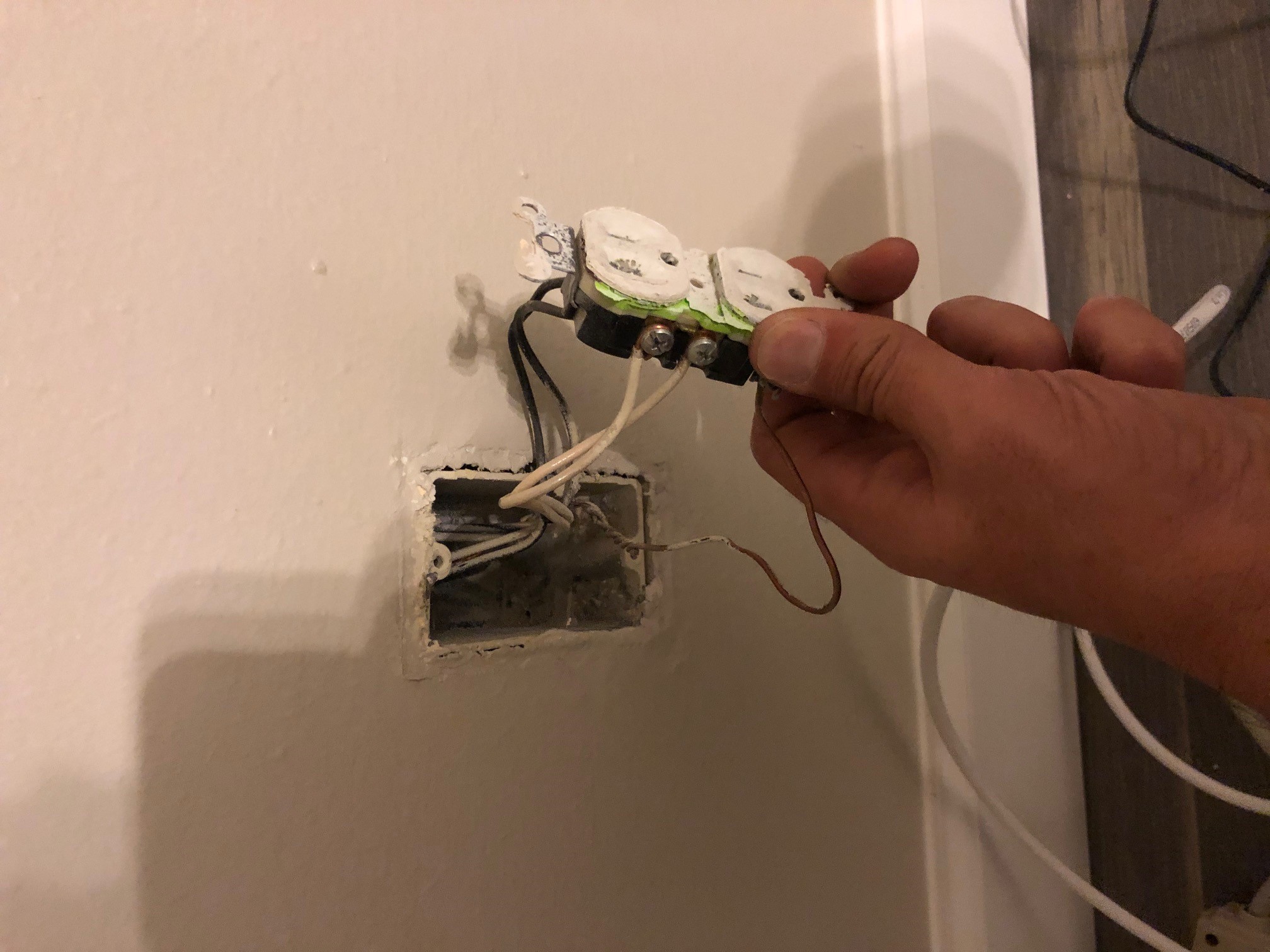 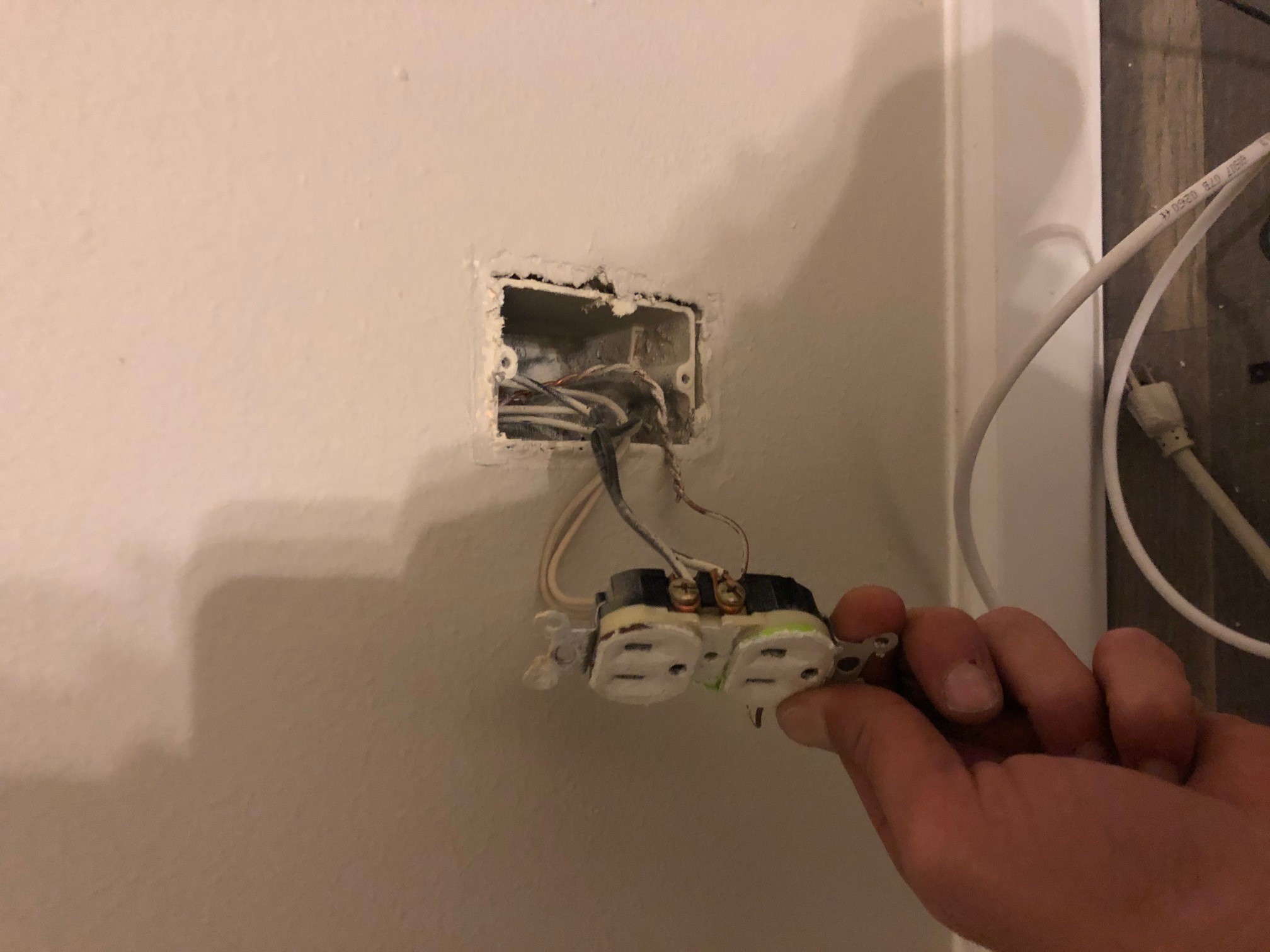 The tabs appear to be intact, so am I safe to assume if I wire this up like I spoke of I will be ok? 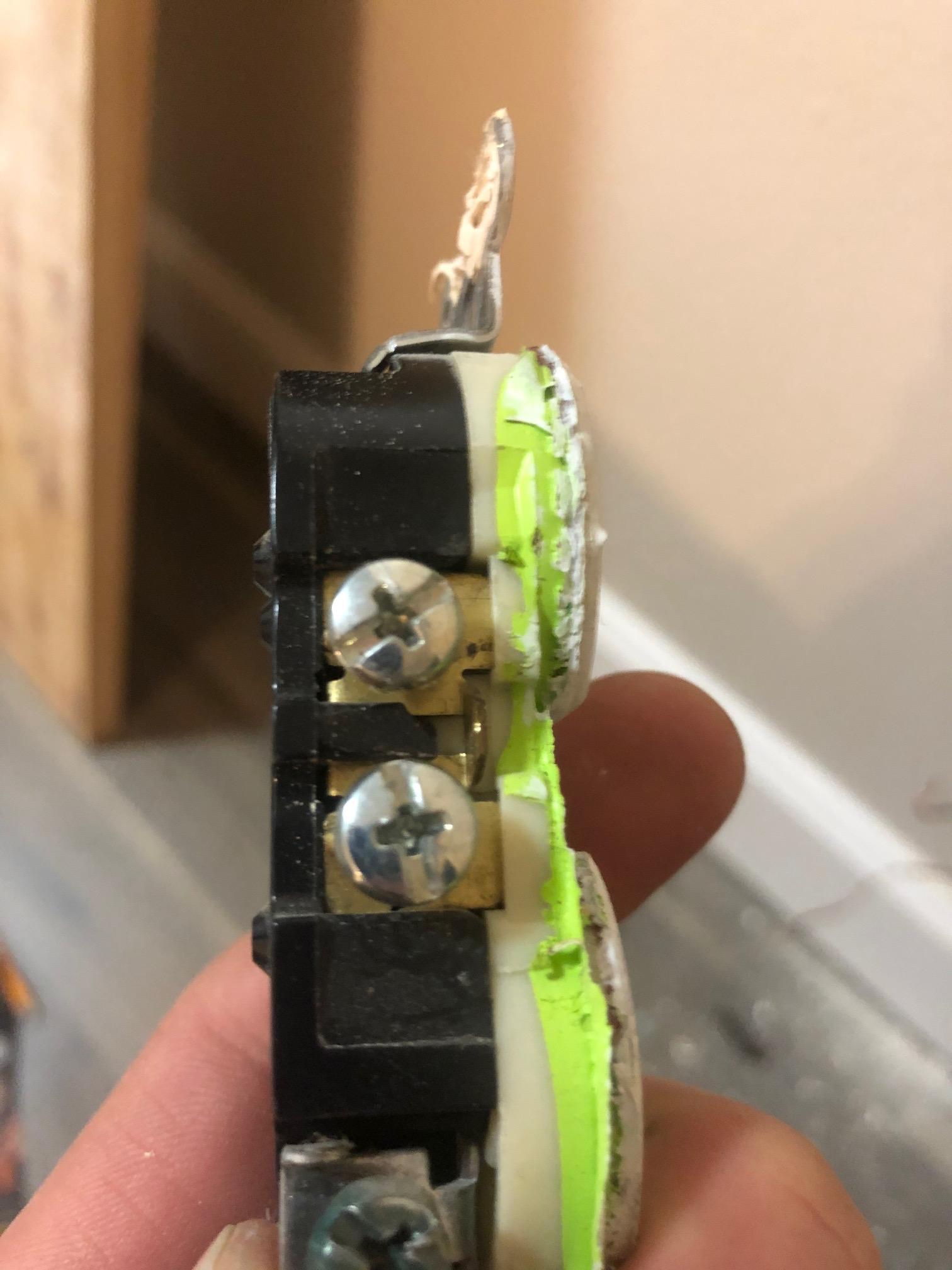 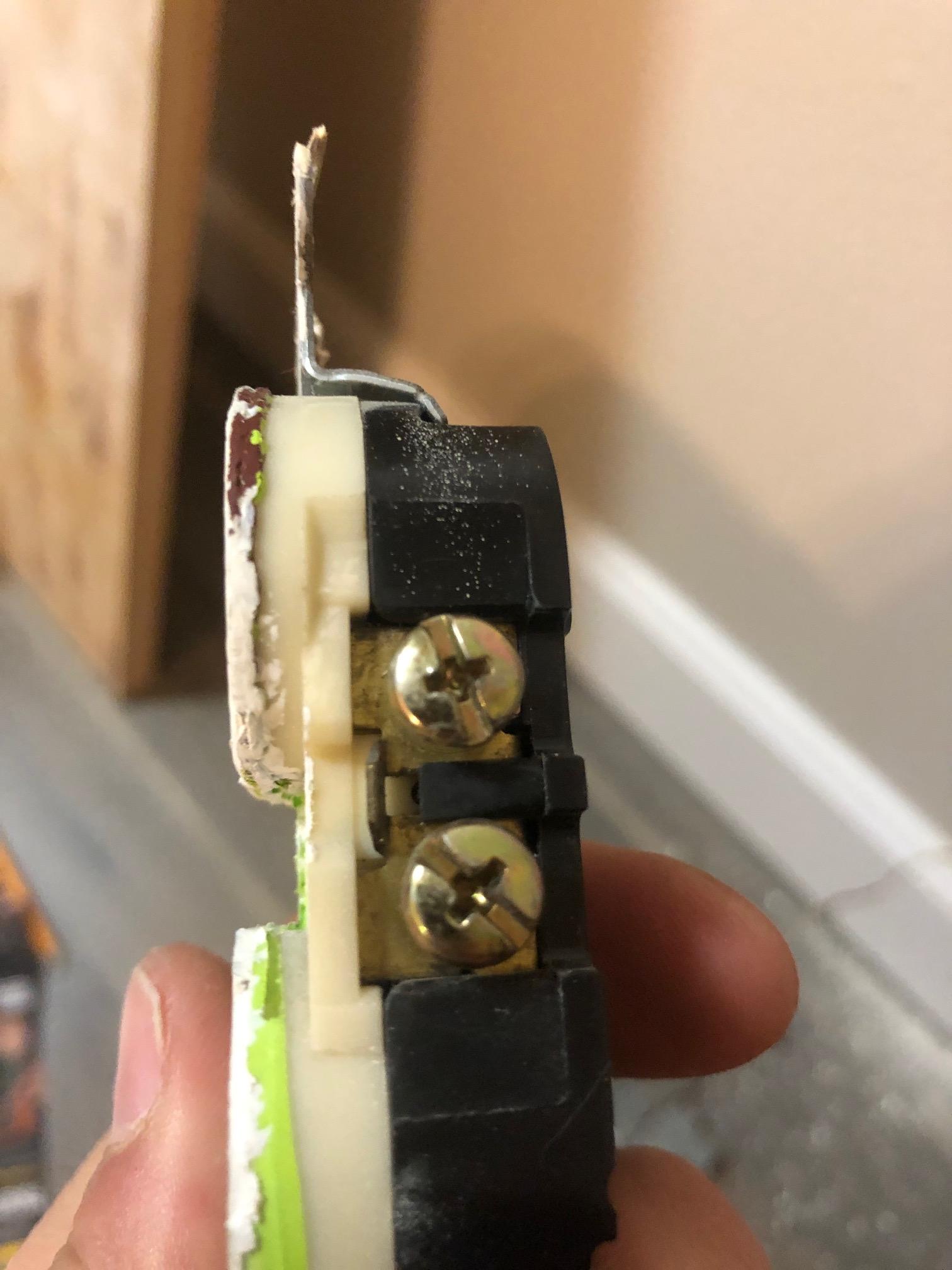 Your plan sounds good, except for one thing you do have to check.

Anytime you remove an outlet, make sure you are not falling below the minimum outlets required. In particular, a 6-foot cord from an appliance anywhere along the wall needs to be able to reach a power outlet. It appears your old outlet is near a threshold, so if it's moving farther from the threshold, that is fine.

share|improve this answer
answered Jan 16 at 16:24

Your plan is correct. Unless you have a switched outlet or some other oddity, it's just black-to-black, white-to-white, and ground-to-ground across the board.

FYI, "Romex™" is a brand name that's like "Kleenex™". It's not an industry term for "building wire" and doesn't translate well to other countries. Also, the company makes many products. Just "cable" usually suffices in house wiring discussions.

share|improve this answer
answered Jan 16 at 15:59

Looking closely at the pictures of the sides of your outlet, I'd say NO. It looks like the tabs have been broken off so that each plug of the outlet has a separate supply of power. Is one outlet switched while the other is always on?

In the new box, either reusing the old outlet or breaking the tab off of a new outlet, wire it up the same, with one of the new wire's black/white to one pair of screws and the other new wire to the other pair of screws. Make sure, of course, to tie the grounds together and ground the switch.

Of course, if you're looking to remove the switched control of one of the plugs or have both of them switched, then tie one new cable to the appropriate white/black pair in the old box and run that up the wall to the new location and do not break the tab off of a new outlet. Make sure you cap the unused wires in the old box.

share|improve this answer
answered Jan 16 at 16:21

3
How can I convert switched receptacles to half switched receptacles?
2
What are the pros/cons of different wire connectors on a switch/outlet? OR How can push-in wire connections fail?
1
Replacing pendant lights and have a question on all the ceiling box wires
1
Odd ceiling fan wiring, white in hot side of outlet
1
Power Outlet -3 Wire Conductor on Tandem Breaker Wiring
1
Removing switched outlet and 4 terminal outlet with 2 terminal outlet?
1
Wiring Options for 14/3 NM-B Cable and Two Single Pole 15 Amp Circuit Breakers
2
Replacing attic light switch with Leviton combo