Upgrading a heat pump to a larger heat strip

Our heat pump is having trouble keeping up on colder mornings. It's not just defrost kicking in, as it's blowing cold (less than the target temperature) for an hour or two some days. The heat strip is functioning, but I believe it's too small for our conditions:

The unit has a 10kw heat strip, and has a list of supported models on the side (the upper end being 10kw). Assuming electrical can handle it (currently 60A breaker, 6AWG - I believe I'll need to add a 2nd 60A circuit), is there a reason I can't or shouldn't use a 15 or 20kw here? There are compatible models that look like they should work, aside from the exclusion on the label. 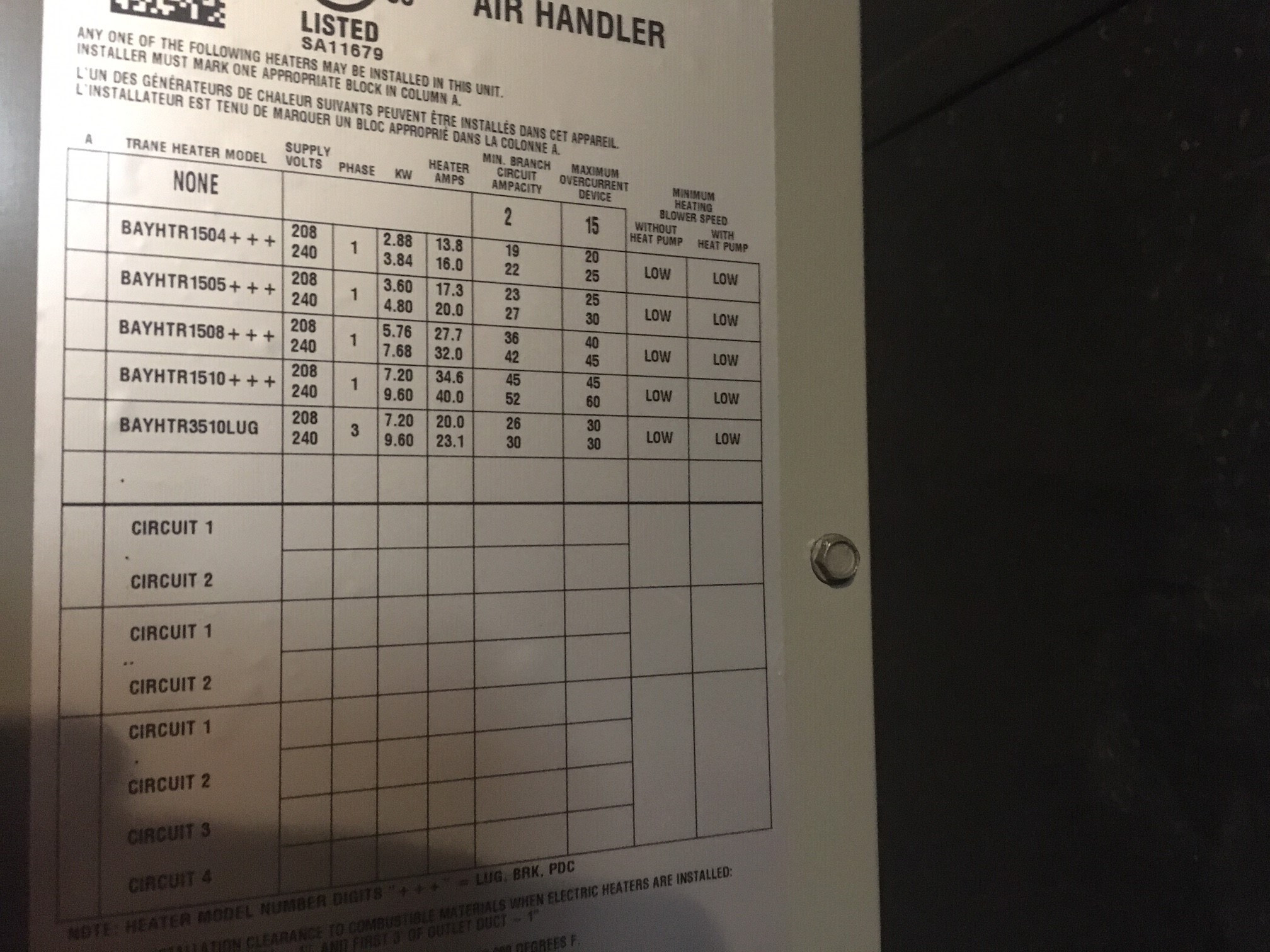 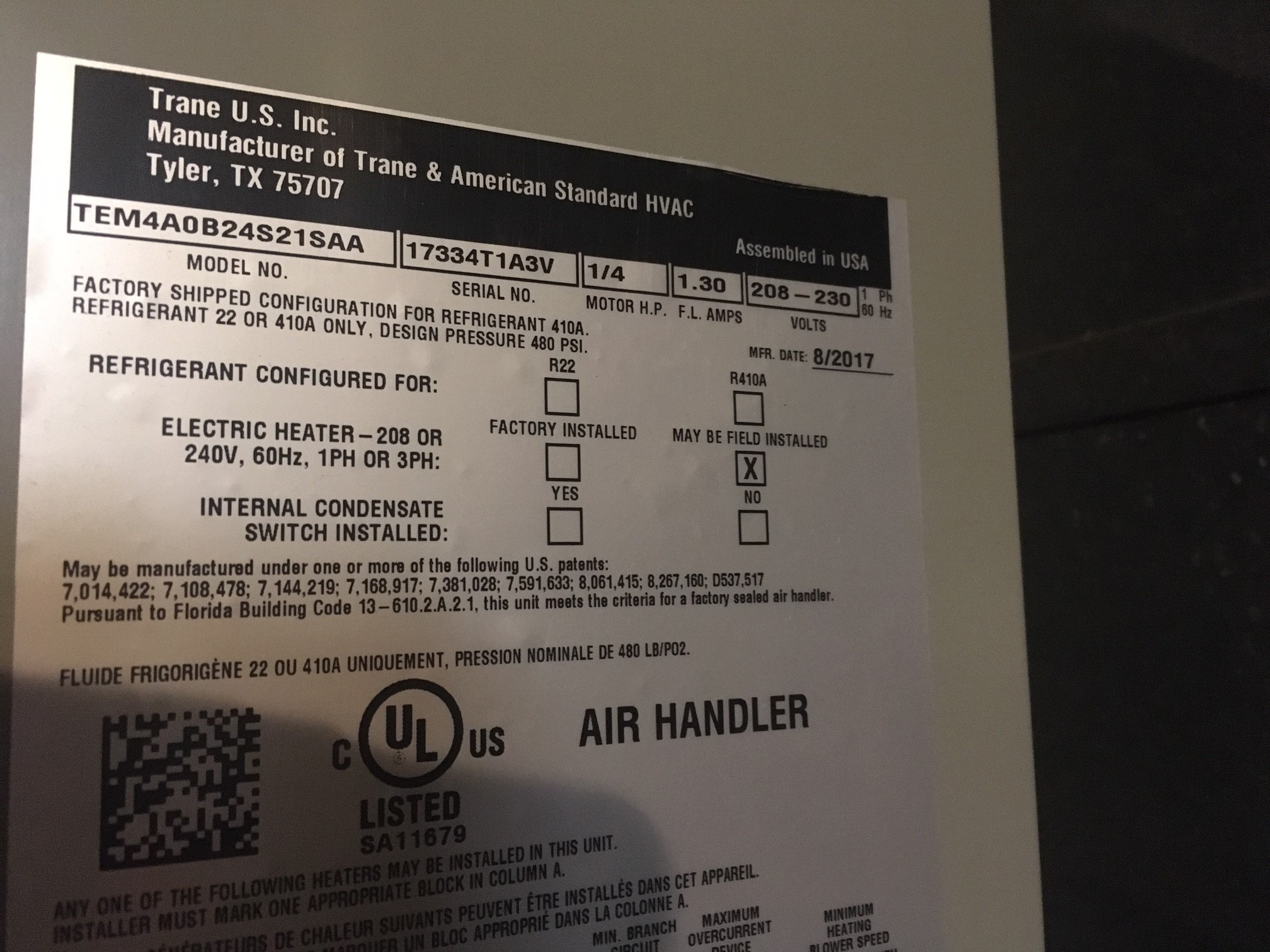 Hold on. This doesn't make any sense.

You seem to be assuming that operation of the heat strip is a normal state of affairs and this is where your heat comes from on a 35-40 degree day. No, no, that would be entirely pointless! It would defeat the purpose of even having a heat pump. At that point you might as well just have an air conditioner added to a pure resistive electric furnace.

Something is wrong with your heat pump. I know that's not what you want to hear, but the repairman will be cheaper than the electric bills all winter long from running resistive heat. What an expensive way to heat!!!!

I mean, if you really want that, you can just install a bunch of $50 Cadet style electric baseboard heaters at 2000 watts a heater, as many as you plese. Feed them from a contactor operated by the same 24V signal that kicks the emergency heat on. Easy peasy. But you'll hate me when the bill comes.

The only other possibility is that the heat pump was wildly mis-specced for your location, which needs to be hashed out with the installer if it's a new install, or the previous owner has just been living with for years. But that seems insane; you have the worst of both worlds. The maintenance expense of a heat pump system with none of the cost/efficiency savings.

Sounds like you are using the heat pump setting instead of supplement heat. On heat pump, if it doesn't get the temperature up within a certain amount of time then the supplement coil kicks in. Was it getting really cold in the summer when you had it set to cool? If not, then the coolant needs to be checked. Personally, here in Toronto, I prefer to run the winter in supplement mode as it gets to temperature sooo much faster.

Not the answer you're looking for? Browse other questions tagged heat-pump or ask your own question.

1
How often should heat strip turn on for a heat pump unit?
0
Newby Heat-Pump question - runs in the winter?
2
Will emergency heat hurt my heat pump during defrosting?
2
Heat pump minimum compressor temprature
1
Bosch Heat Pump + Hydronic Coil?
1
Is HVAC device a heat pump?
1
Heat Strip in Heat Pump
3
Heat pump Not turning off
0
How much extra costs because of broken heat pump?
0
Can you install window AC/heat pump on floor to be used as heat pump?