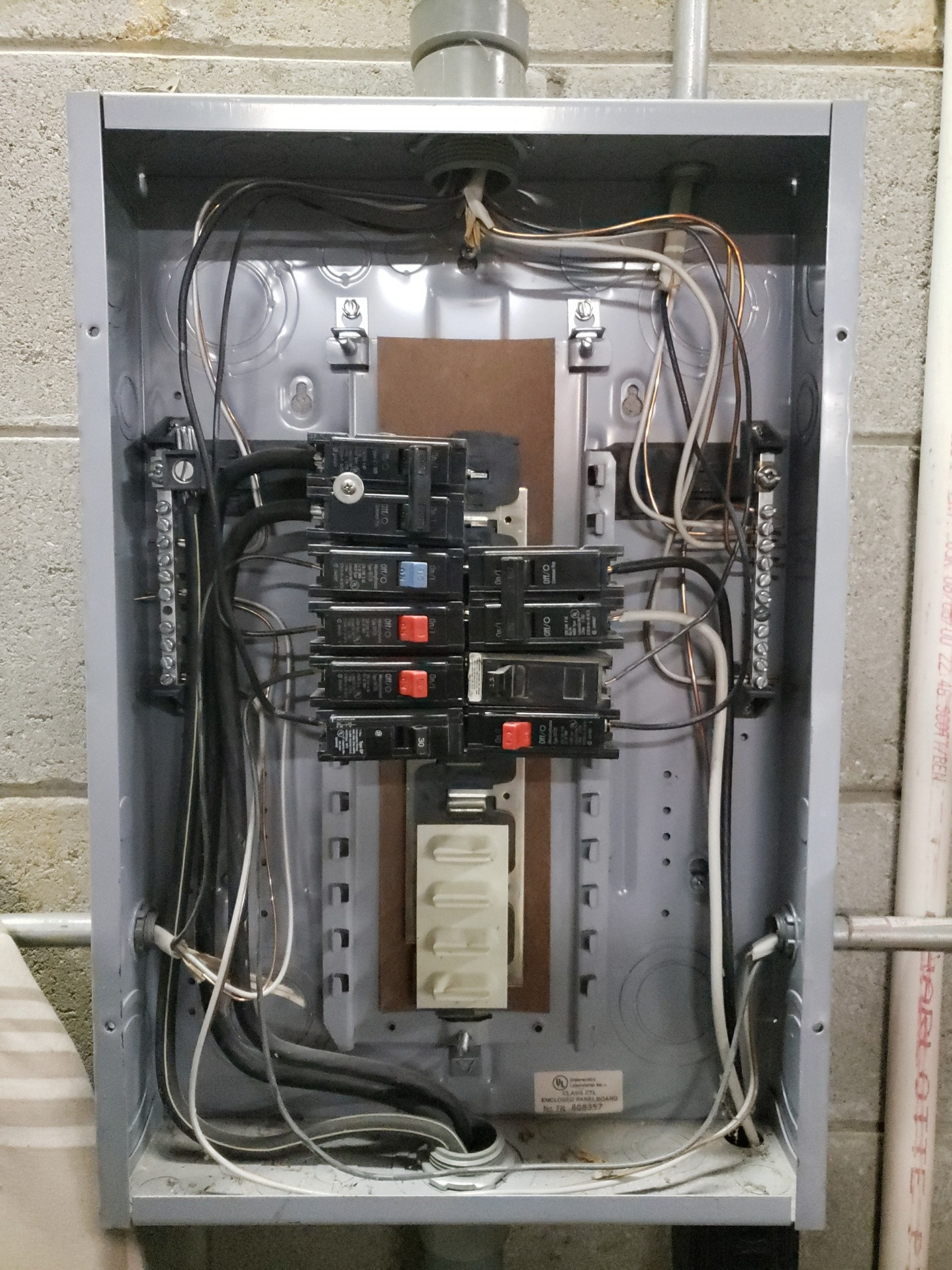 My detached garage has 100-amp 3-wire service from the main panel in my house, with a 100-amp breaker at each end of the feed. The grounds and neutrals are bonded inside the sub panel due to the lack of grounding conductor (garage was built pre-2008 so I understand it is grandfathered into code). I am setting up an electric brewing system in the garage that requires a 30-amp 2-pole GFCI breaker. Eventually, I certainly plan on running a grounding conductor back to the main panel (somehow... the live conductors run through underground conduit...). Until then, is there any way to install the GFCI breaker so it is functional? Breaker is an Eaton GFTCB230.

A GFCI breaker does not know or care what happens upstream (elsewhere in the subpanel or back at the main panel. All that matters is that neutral and hot are connected to it properly so that it can detect the difference between them. If there is a ground wire going to the protected device then that ground must be separate from neutral until sometime past the GFCI - i.e., whether the ground is connected to the neutral bar in this subpanel is a code & safety issue but won't affect the GFCI.

So the GFCI should not be a problem.

On the other hand, some things look a little strange about the panel. I'm no pro, but:

As far as a proper ground path, if your conduit is metal end-to-end then that should give you an easy way to take care of grounding. And if it isn't metal end-to-end, you should be able to fish a ground wire (green or bare copper, size depends on the size of the other sizes) through and then separate neutral and ground in the subpanel.

First, manasshkatz correctly spotted the alien breaker second from bottom on the right side. The lower left breaker is a Siemens QP. Those alien breakers have gotta go. You need "Westinghouse" (read: Cutler Hammer/Eaton) BR/C family, commonly known as BR.

The 30A Siemens is a mystery. There's almost no legitimate use for a 30A 1-pole breaker. I accidentally bought some of those, and they have no application I've found except for small travel trailers with a TT30 plug.

So it looks like someone oversized a breaker for the wire. The two 20A breakers above also look highly suspicious, since those and the 15A breaker above it all have the same wire size. I'll bet those are 12 AWG aluminum wire, which is only good for 15A. I'll bet the 30A breaker is #10 aluminum, only good for 20A.

Other than that, I'm not worried about aluminum wire in this panel. Aluminum belongs here. The branch outlets not being CO-ALR rated, that's the issue with aluminum.

Also, I see where all the wire entries are via conduit, and there's Romex cable in the conduit. It is fine to use conduit solely as an anti-damage shield for some segment of the cable's run, and in such application you can disregard the conduit-fill rules. However, if the conduit is the entire length, then it's not just a damage shield; you're running in conduit and the fill rules apply. Cable in conduit wastes space in the conduit, and is usually an illegal overfill - oval cable counts as a round wire of the wider dimension, so e.g. a 12/2 Romex will overfill a 1/2" conduit because a round wire of its width would not be allowed. You can get much better use of the conduit using individual, unjacketed THHN wires, Sched 80 PVC will support 3 circuits, other sizes 4.

Also, I would recommend obtaining accessory ground bars and splitting the grounds. That way conversion will be simplicity itself.

So your 2-pole GFCI will be "gliding above all" the grounding issues in the panel. It simply doesn't care.

You also might want to think about AFCI breakers to protect the aluminum wire 15-30A branch circuits. That's the easiest way to take a bunch of risks off the table.

First problem is that you have multiple grounds, because your main panel is grounded and now you've bonded grounds in your subpanel. This is illegal and not safe. As for your GFI's as long as your box the device is in has continuity to ground, which is done through the bonding screw in the subpanel you should be fine. Someone mentioned grounding the panel with a ground rod, don't. But yes you can pull a ground and use grounding bushings.

At the main service the grounding(bare wire) and grounded conductor (white wire/neutral) are together. ANY panel (aka sub panel) after the main panel is a sub panel and the grounded conductor (white wire/aka neutral) are not bonded and should be separated. Period! You have a floating ground condition and someone could get hurt and also the GFCI may never work. Call a licensed electrician.

Since it's all conduit, you should be able to stuff a ground wire down it, by hook or by crook

Since we're feeding a 100A panel via conduit, getting a ground in there isn't as hard as it sounds. You only need about 75-80' of 8AWG bare stranded copper for this, and should be able to pull it through by turning off the feeder in the main panel, unhooking it from the subpanel lugs, tying a pull string to the existing wiring, pulling the existing wiring out, using electrical tape to bundle the new wire in with the existing wires, and then using the string to pull the upgraded bundle back through, if nothing else works. (You might even be able to fish it through the existing conduit with the wires still in place, with the power off of course, if the existing conduit is fairly large relative to the wires inside it.)

Once you get that fourth wire in there, you can then land it on the grounding bar in the main panel, then remove the green bonding screw from the right-hand neutral bar in the subpanel, fit a GBK10 grounding bar to the subpanel, and move the existing bare ground wires from the neutral bars over to the new ground bar, nutting pigtails onto them to lengthen them if need be.

From the backfed main breaker (the retaining screw is normal, by the way), we can tell that this panel is a Westinghouse/Bryant/Cutler-Hammer/Eaton type BR panel, that takes Eaton type BR breakers (including type GFTCB ground fault breakers). However, you have a couple of misfits in your panel at the moment, namely the Q130 in the bottom leftmost position and the MP115? in the position just above the bottom rightmost position in this panel. These need to be replaced with proper Eaton BR breakers; the MP115 can simply be swapped for a BR115, while you'll need to check the wire size connected to the Q130 and swap it for the appropriate breaker rating in BR for the wire if it's oversized.

Since this is a subpanel in a separate building, if there are not grounding electrodes connected already, you'll need to run some 6AWG or 8AWG bare copper from the panel to a pair of 8' long ground rods driven 8' apart, or other equally effective grounding electrode, in addition to adding a ground wire to the conduit. This provides a path for induced voltages and other such natural hazards to get back to Earth, while the ground wire returns wayward utility electricity back to the main panel, so that it can get back to the utility's transformer.

Then, adding the new breaker should be a snap

Once you have all that corrected, you should have no issues adding the new ground-fault breaker to this panel. Don't forget to use an inch-pound torque screwdriver to tighten the breaker and panel lug screws to the labeled torques, by the way, lest your electrical system give you the loose lugnut!

Not the answer you're looking for? Browse other questions tagged electrical wiring gfci subpanel neutral or ask your own question.

1
Should the neutral be bonded in my barn's sub-panel?
1
Should the ground lug be bonded in my sub-panel?
2
Should I isolate the ground and neutral in the 30A safety switch box or keep them bonded until the sub panel it is feeding (as service disconnect)?
0
Grounding a 3-wire sub-panel in attic
2
Why are ground and neutral bonded at the main panel?
0
70 amp sub panel wire size
8
Sub panel neutral and ground not bonded so why continuity between them?
1
Where do I attach the Ground and Neutral inside a sub-panel?
5
Ground wire pass-through safety switch to sub panel?