Can a smoke alarm with cut wires cause a fire?

Can a smoke alarm with cut wires cause a fire? Not, that it might not detect a fire (I don't expect it to any more), but that the smoke detector itself may cause a fire.

For my specific case, I cut the red and black wires shown (pretty much all of them), and one of the ribbons running to the large silver capacitor/battery capped in yellow. See below for explanation as to why I did this. It is a smoke detector with direct electrical power through the building, and battery backup. Is it possible this could cause a fire? 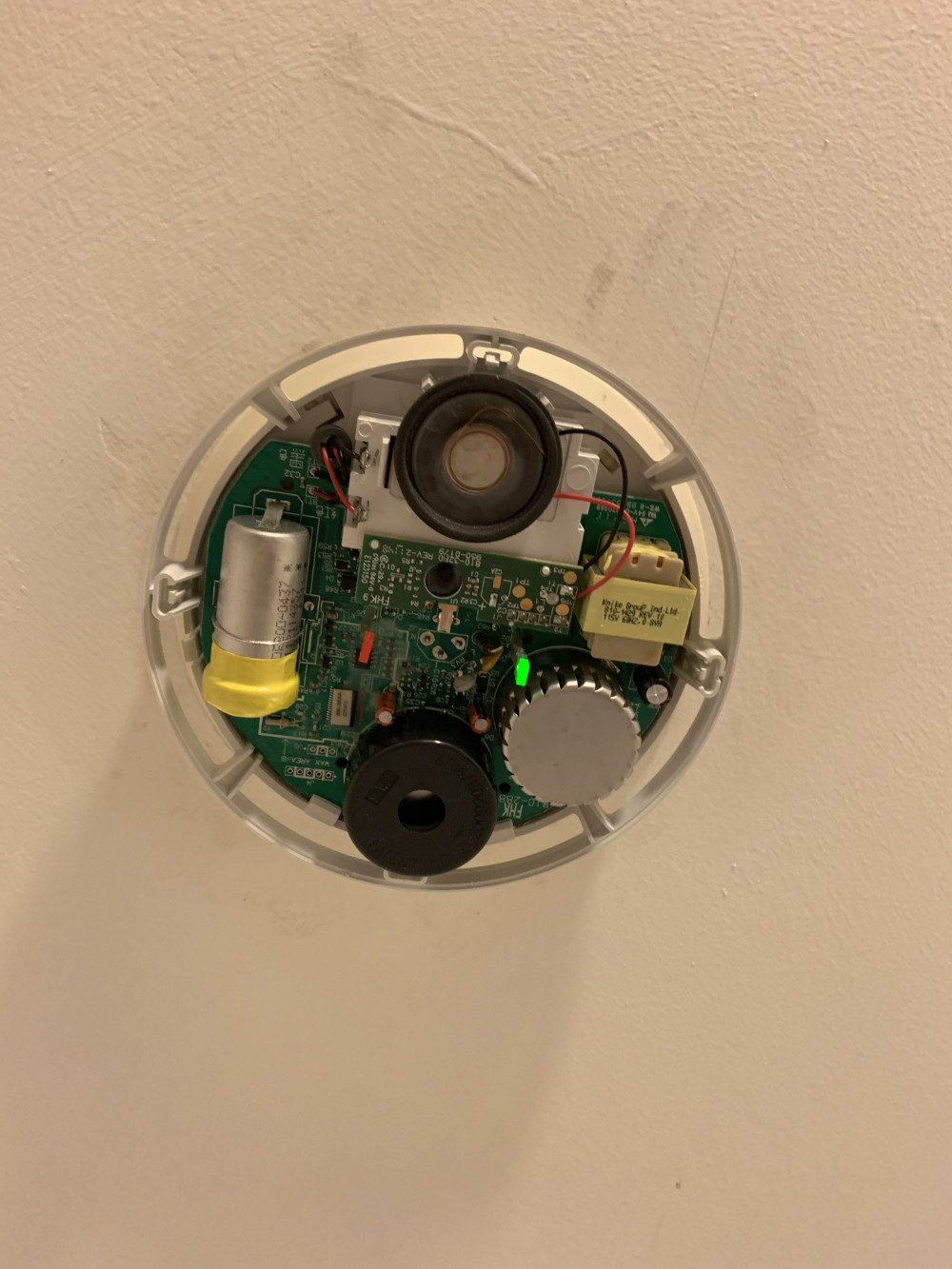 As for why I did this, there is a reason, though not a good one. I came back from a bunch of long flights to my tiny apartment, I haven't been able to sleep for a long time and I'm feeling sick. In this stupor, doing anything to stop the low battery alarm so I could sleep was all I could think to do. Try as I might, I couldn't get the alarm off the ceiling, but the cover plate came off. So I cut the wires. Since it kept beeping, I cut the metal ribbon to the large capacitor/battery shown with one end capped in yellow. It kept beeping, so I went to nearby hotel so I can sleep. Now that I'm there, rested slightly, and can actually think, I'm worried I might have setup a fire hazard (not the obvious hazard that the alarm probably no longer works, but that it might actually cause a fire). Someone will be there tomorrow to fix things, but I'm worried about the possibility of actually having caused a fire through what I did. Is this even possible? Or will things be ok until tomorrow?

Browse other questions tagged fire-hazard smoke-detectors or ask your own question.

4
Passive-Aggressive smoke detectors
3
What should I do about water dripping into my smoke detector from the attic after a heavy rain?
3
What to do with these tiny exposed wires?
2
Need help with correct wiring when replacing a hardwired smoke detector
1
Is it permissible to install a low-voltage fixture over an existing ceiling box?
0
Can I mount a smoke alarm using magnets?
2
Smart home automated fire response
2
Signalling a smoke alarm from interconnected (hardwired) detectors to an alarm panel