What do I need to install LED strip lighting?

I've been looking to install LED strips, either RGB or white for lighting and ambiance. It wouldn't be the main lighting of the room, so no necessity for high power LEDs.

The perimeter of the room is a little less than 25 meters. Looking around in online stores, I saw that the reels come in maximum lengths of 5 meters, so I would need five of those.

What I'm not sure is how to connect the strips together.

I was looking at these white strips, or this RGB kit with these extra strips.

If I choose the white LEDs, what power supply, controller, and connector would you recommend to be able to daisy chain the strips?

If I choose the RGB LEDs, what kind of data repeaters would work to be able to control all the strips at once?

Using these RGB as a base example

These strips indeed usually come in lengths of 5 meters but you find suppliers that will give you 10/15/20 metres options also. Most only provide 5 meters because of the power they need to power up properly. So they try and sell you a cheap 12volt apadter used for each 5M strips but also the guys who sell them up to 20Metres does not mean you can use the entire length because the PCB traces might burn out caused by overloading them. You need to check with the seller how you can use them. The market is flooded with various makes and knock offs- so make sure you can get the specifications.

From the example provided earlier I will use single colour LED. The 5 meter white strip uses 24 Watts - That is 2A X 12 = 24WATTS - So using any 12v power supply with at least 2A will power that single 5 meter strip at 100%

I have similar strip and I joined them with a soldering iron to make a 10 meter strip and it works fine. I powered them up for 10 minutes and felt if the PCB tracks, close to the power supply because that is were the highest power draw will be, checked if they were getting warm/hot. They were cold so I left them for another 30 minutes and still cold, so they could handle the extra power. To calculate the MAX rating of the PCB track you would need to know the material, PCB thickness and width (Which nobody supplies). Also there is no equipment to test that either.

So instead of buying several small 12V adapters I go to the next best thing. A computer power supply! 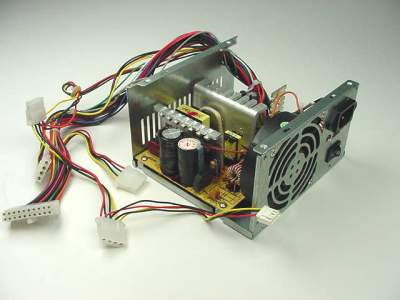 You can get really cheap ones like 450Watt and they can power up tens of strips with clean 12volt power, with short circuit protection and overload protection. This is a DIY Q&A so there needs to be DIY involved! Using a Computer PSU you are only interested in the yellow and black wires. The rest you can cut away/discard.

Here is a diagram showing the pinout computer PSU connectors. 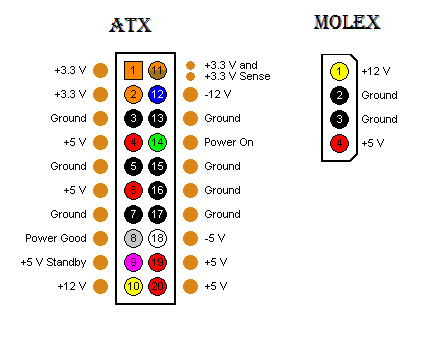 You need to realize you cannot just join all the yellows and use it as one. Each yellow wire is a PHASE and each phase has a maximum amperage rating. All the phases give the power supply its maximum peak rating. 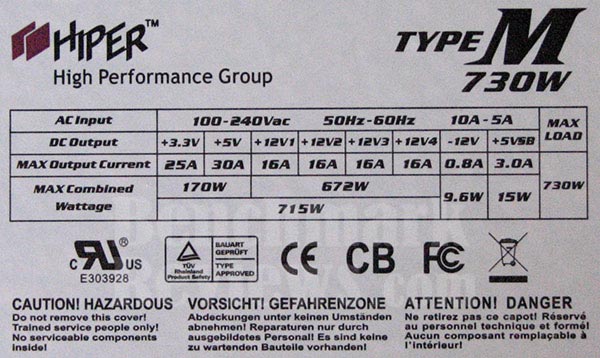 As long as the combined amperage/wattage does not exceed that written on the label of the PSU you will be OK to combine many LED strips to a single phase. But each 5 Meter LED strip will need to be powered individually to be safe. So you need to pull wire alongside all your led strips if you're going to go more than 10M :(

OK - Fine it seems too much faffing around with the computer PSU- but I would like you to know that paying extortionate prices for 12volt power adapters is not neccessary. LED's are not special- they do not need special 100pound adapters. Just shop around for big wattage 12volt supplies. You should find good prices. 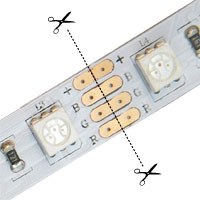 Just match up the pads, join them like that or use some cable. Does not matter.

Unfortunately RGB LEDS use three 12volt channels with a controller that outputs a variation of voltages on each channel to get the LED to its desired colour. The controllers output a PWM signal and can only handle the maximum watts it is rated for. the only suggestion is to buy 4 of the exact same model that use infra-red remote. Put them side by side so that the remote will control all of them at the same time and pull your cables to the desired locations. Some of these controllers can store pre set colours so that could be an advantage.

But you can also buy a repeater now a days from China. They are basically another micro controller that sense the PWN signal and outputs the same but with the ability to power more strips. 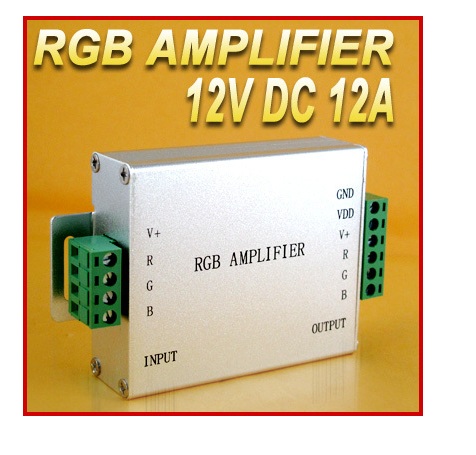 -EDIT Nov/2014 There are allot more RGB amplifiers / repeaters on the market now and cost between 5-15USD. Search on eBay for local seller.

2
What size power supply do I need to connect two 5 meter LED strips?
0
What do I need in order to install under cabinet lights?

8
Is an LED light strip safe to use under a bed?
5
What do I need to know about LED strip lighting?
3
Can I increase the length of LED RGB 5050 tape?
3
What gauge wire for long run from power supply to LED light strip?
1
Cabinet LED strip question
5
What's the "correct" way to install LED drivers for accent lighting?
0
Powering and keeping 5050 leds in sync
0
Controlling multiple rgb led strips in different zones with remote simultaneously
0
Lighting a Room with LED Light Strips