I'm looking for feedback on how to wire a second light from an existing wall switch. I am providing a self-drawn diagram and an actual photo of the existing box with the wires exposed in an attempt to express myself as clearly as possible.

Here is my drawing. I'm sorry it's not the best. I can redo it if it appears too poorly done. 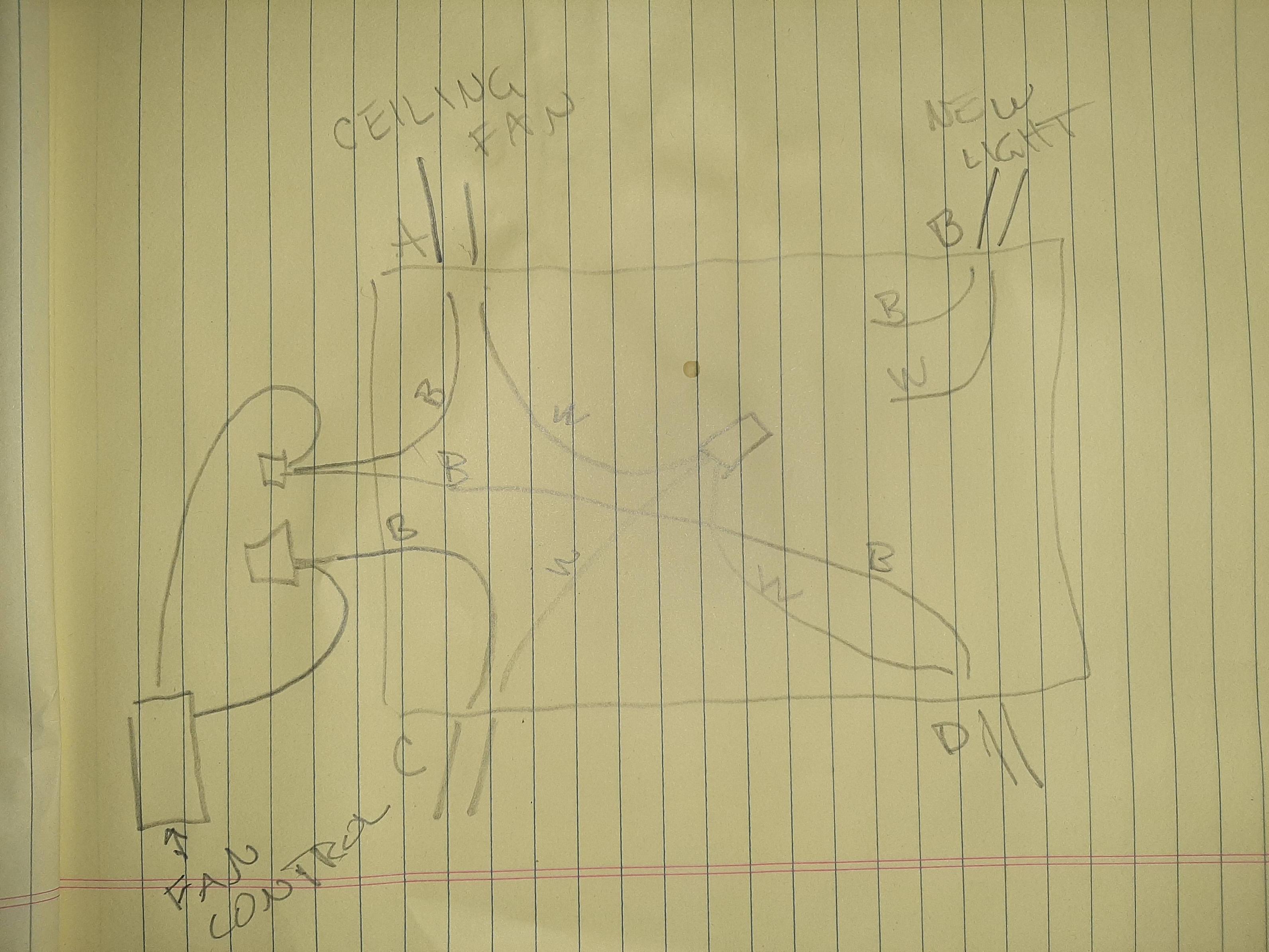 I actually think a real photo in its current appearance is harder to make out what's what: 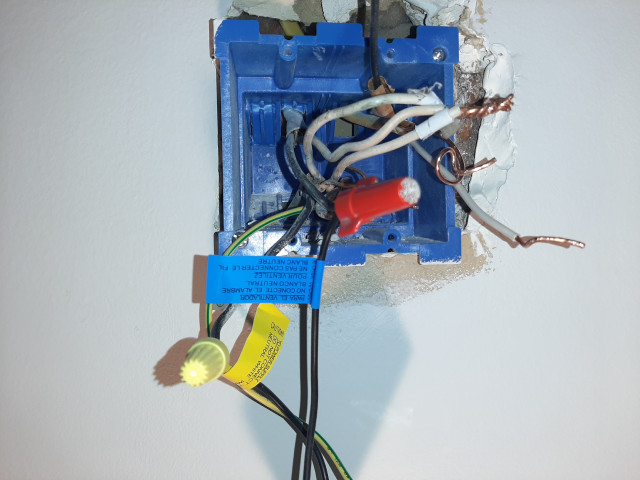 So here are the details. The areas of each corner marked "A", "B", "C" and "D" are actual Romex wires that enter the box from each corner. This will be a two gang junction box, by the way. One will control the existing ceiling fan and the other will be a dimmer for the new lights. Currently, the "A" Romex leads up into the ceiling and powers a ceiling fan. Romex "B" will power the new lights which will have a total of four LED flush-mount lights in the corners of the ceiling. Total wattage for all four will be 28w. The ceiling fan has a total of 57w (that's at the highest settings for both the light and fan speed). Romex "C" (I'm 98% certain) is the power from the circuit box. And Romex "D" is a line that runs to the bathroom. I know that bathrooms should have their own circuit. I didn't wire it that way. That's just how I found it. I can't change that.

I think my error was that I connected incorrectly to Romex "D" as and now I'm pretty sure that wire goes to the bathroom (hence why I mentioned I'm 98% certain above). Romex wires "C" and "D" are either one or the other (either power from circuit breaker box or a line to power the bathroom).

It sounds like you connected the dimmer to the fan speed control output. Don't do that.

In fact, just go ahead and bypass the dimmer and wire it cable B neutral to neutral bundle and cable B black to the bundle you think is "always-hot". This will make the light go on 24x7. Then, operate the fan speed control and see if the lights are affected, If they are, you got the wrong black bundle. Switch.

Once you're sure of the black wire, then install the dimmer.

3
3-way switch for light with fan controlled by switch built into fan. Odd wiring layout. Wiring assistance required
4
How can I replace a ceiling fan light pull chain?
0
Need help adding fan to existing 3-way switch setup
0
Power a ceiling fan motor and light from the supply side of a three way switch
1
Add switches for two new lights to an existing switch box
0
Replacing existing ceiling fan, with on/off switch only to wall mount control of light/fan
3
How can I disable a wall switch and leave the circuit always on?
1
Help wiring "smart" light switch in existing space