I am a new townhouse owner and and hoping to get some help from experts here to understand my breaker panel, specifically

I did talk to couple of contractors but didn't get satisfactory answer.I tried to read about it over the internet but I have failed to apply those learnings to my situation.

I have attached pictures of my panel and main panel. 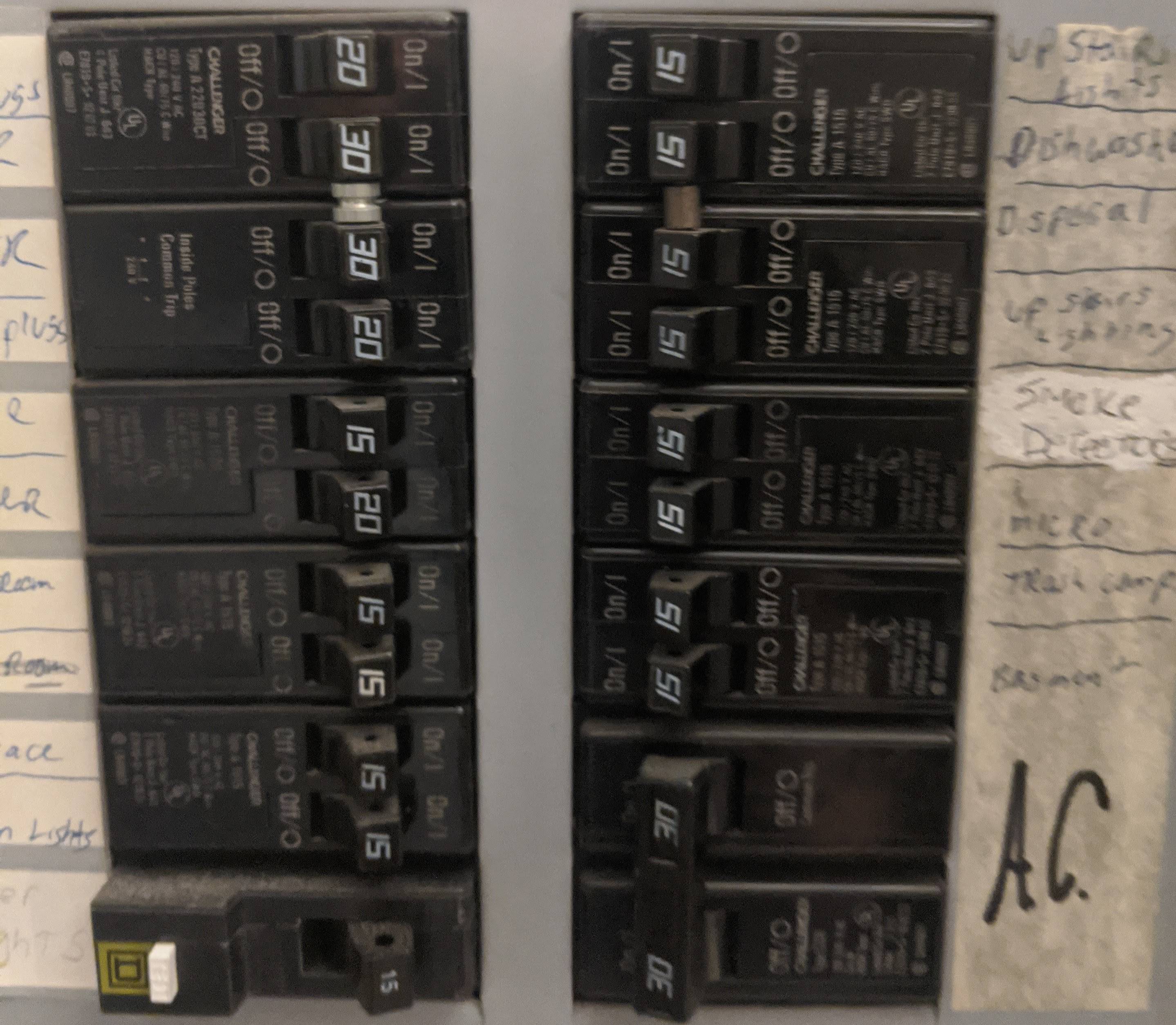 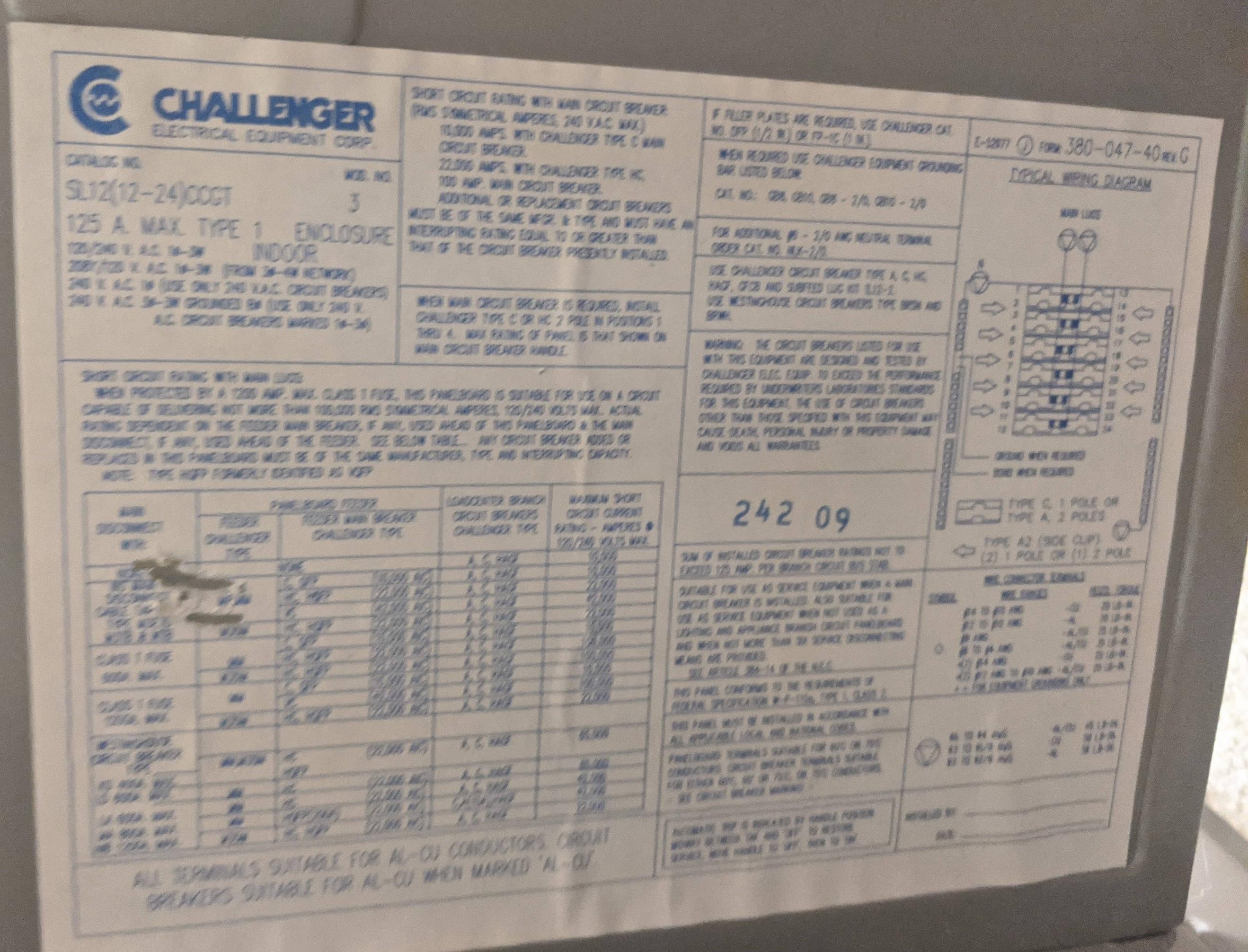 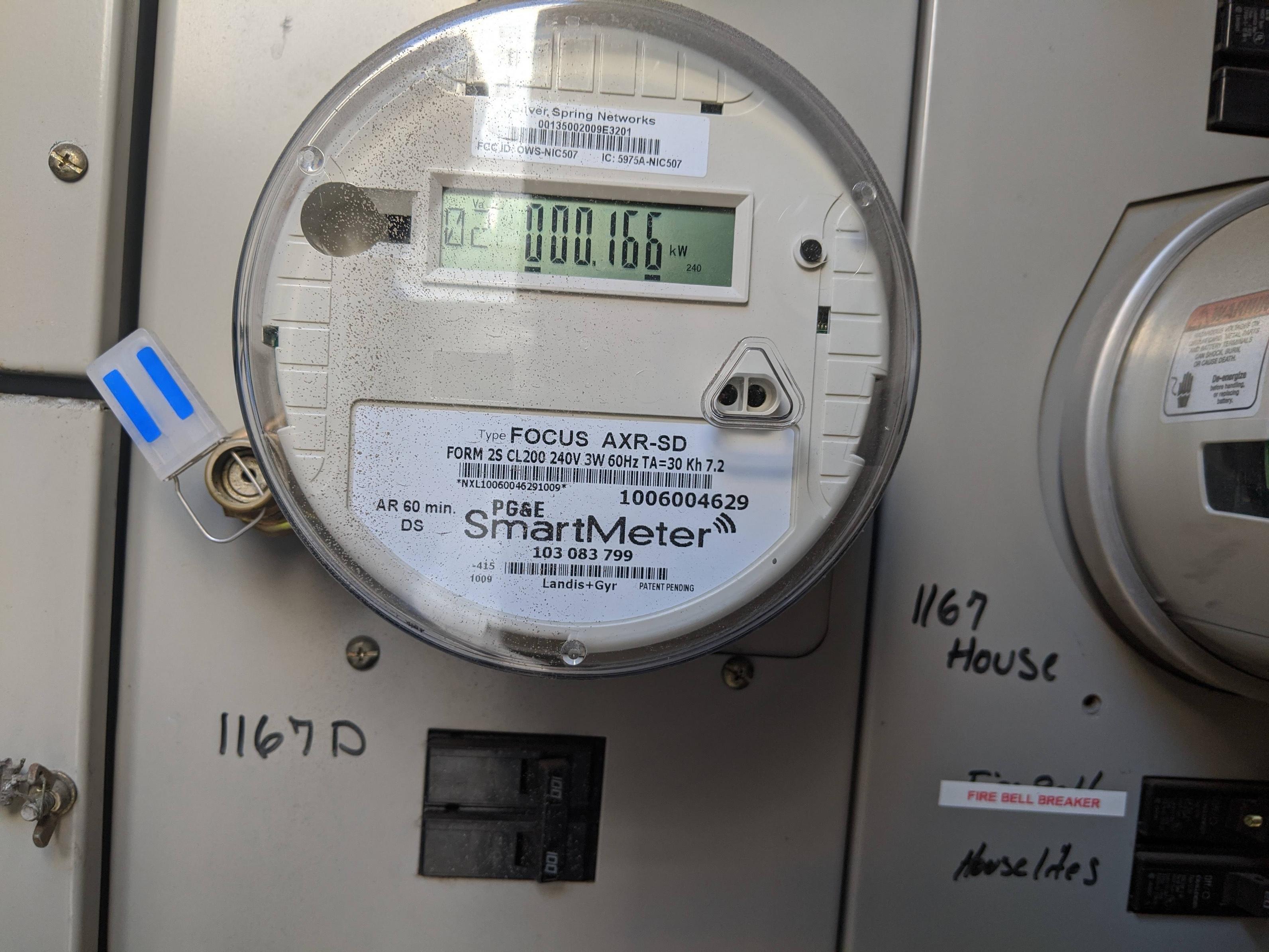 Better image of the panel 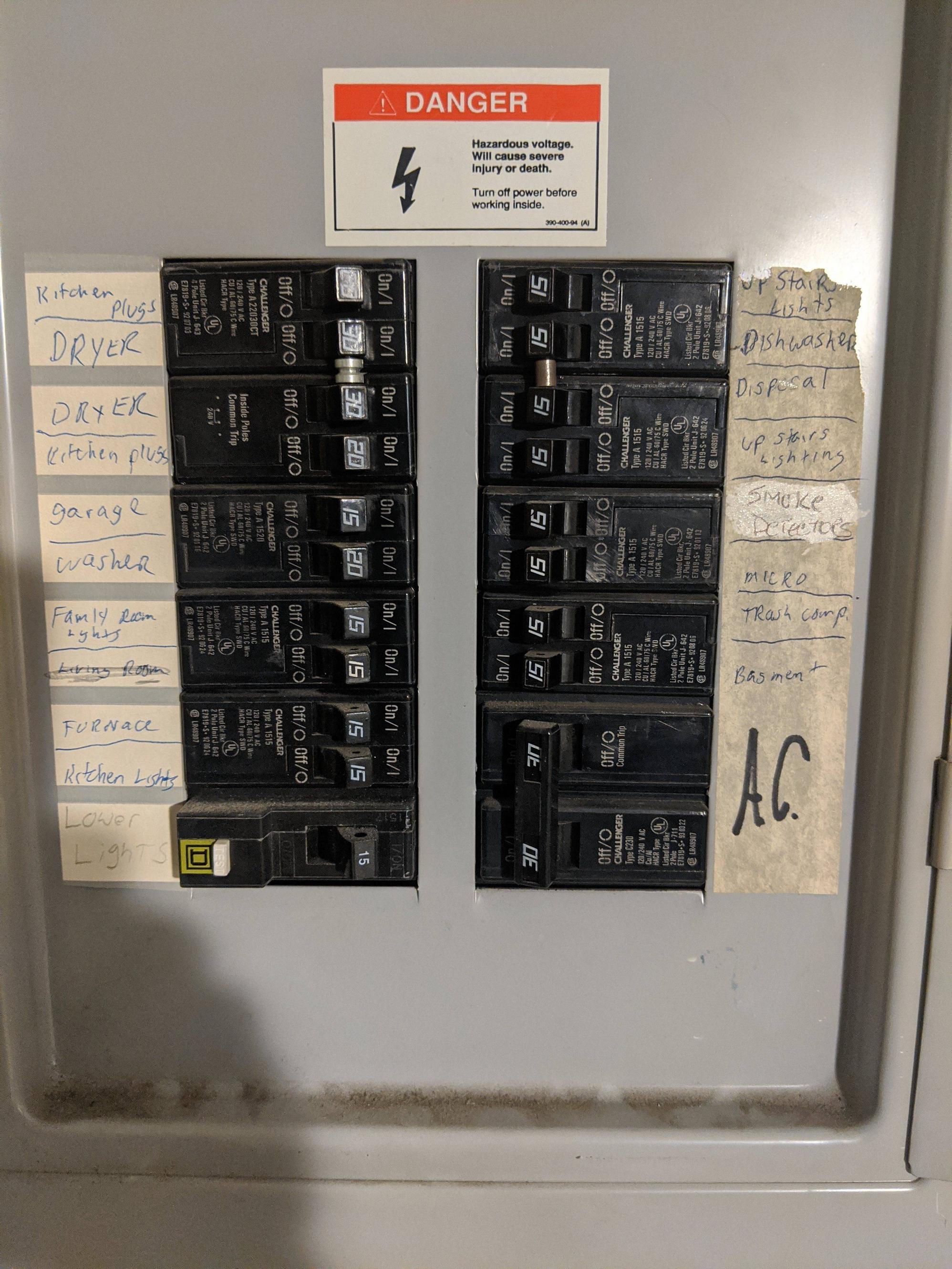 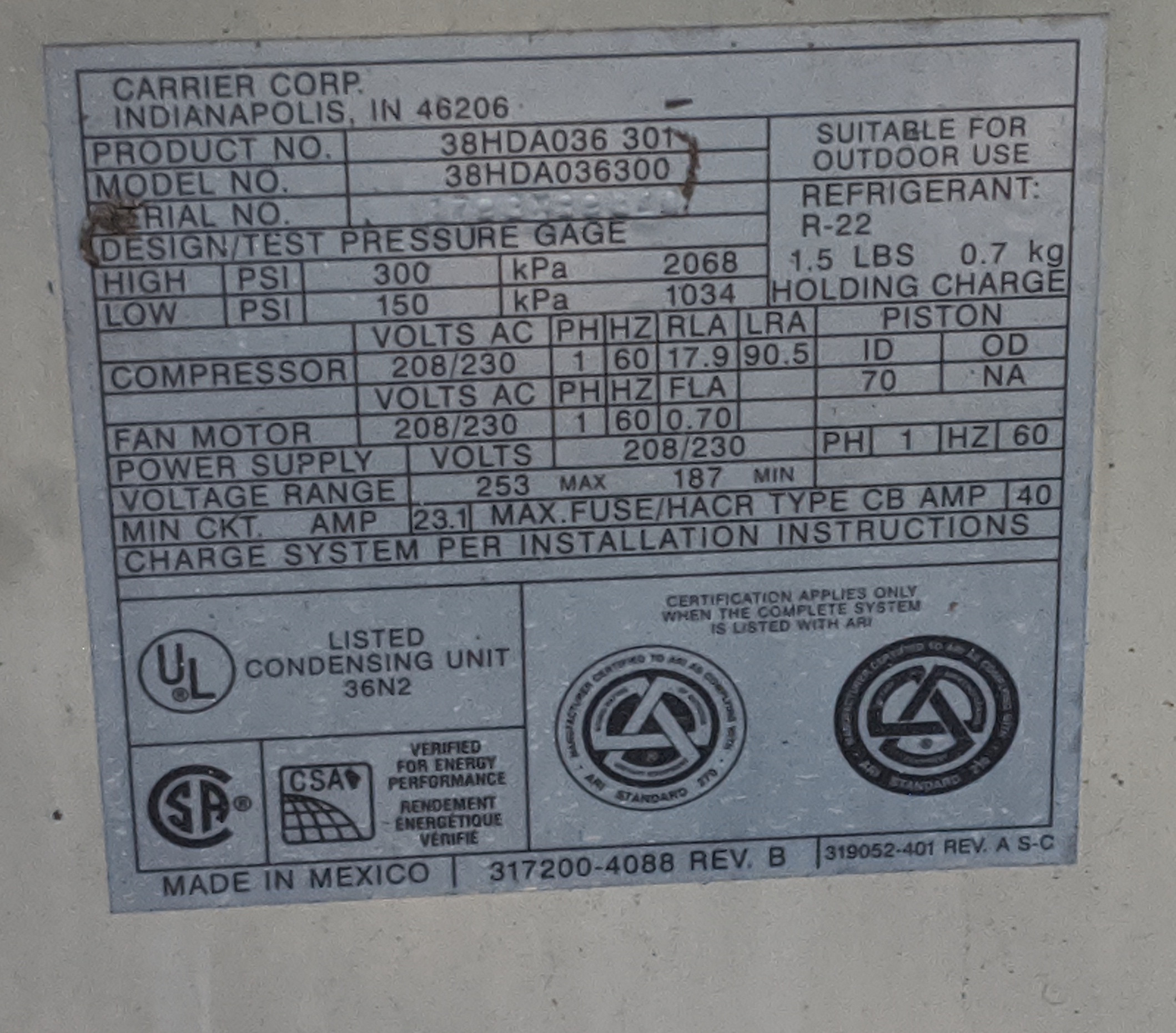 Other details: 1600 Sq feet livable area (1900 including basement) Cooking on gas all other appliances electric Currently have 3 ton gas furnace and 3 ton AC

Don't get electrical advice from plumbers.

When you calculate the burden the loads place on the panel, that is called provisioning. You don't provision every circuit for its breaker trip value, but rather for a lower number that reflects the probability of it being active at the same time as other loads.

A typically reasonably-electric home with a 100A main can have a 30A air conditioner, a 30A dryer, and a 30A water heater, and even a 40A range with no trouble.

The rest of the breakers (even the other 2-pole breaker) look like lighting and receptacle loads. Those provision very lightly, since it's assumed you're not heavily loading them all at the same time. Also they are 120V loads so they only are half the apparent burden.

You have to crunch the numbers according to NEC's procedure (here's a worksheet the City of Carmel uses), but I see lots of headroom in this panel, ampwise. Spacewise is another thing; this is extremely overstuffed (which is trouble if you want to add anything), and every breaker is the wrong kind.

That panel is OK, the breakers gotta go.

Further, the lower left is a Square D breaker which is an alien breaker - a breaker not made for this panel, and a physical misfit. The problem is where the clip grabs onto the bus stab - they are mismatched, and make point contact instead of surface contact. They can arc and burn the bus bars.

The fool may have installed a Square D breaker on the logic that Challenger Type C breakers are unobtanium. Untrue. By happy accident, the Eaton BR line is cross-listed Type C (because BRyant bought Challenger and fixed their breakers, then Eaton bought Bryant.) This is possibly the most common breaker in the US. 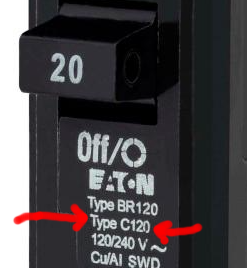 Sold at any hardware store for $5. $10 for the double-stuff breakers you need.

For that split 15/20A double-stuff breaker, look for an Eaton BR1520. It's a bit hard to find. For the GFCI or AFCI or whatever breaker, just get both protections in one breaker, it's not much more money. Get something like a BRAFGF115CS which is a dual-function AFCI+GFCI breaker for $50. This has indicator lights to tell you why it tripped, unlike the annoying Square D.

I hear you talking about a heat pump, but presumably that will replace the A/C. So that is already factored into the system, and you don't need to provision any more power for it than you already have for the A/C.

Now, heat pumps often have "emergency heat" for when the ambient air is simply too cold for the heat pump to work, and these can pull as much as baseboard electric heat. However, presuming you are located in metro California, you don't encounter anything below 25F. It's pretty easy finding heat pumps capable of working that low. Alternately if you can get by with only 30A of emergency heat, it can share the breaker because it doesn't run at the same time as the heat pump.

Given that you're in PG&E territory, I strongly recommend you install an "emergency heat" in the form of an Empire style gas furnace - either floor or wall. These units do not need electricity. So you're not stuck like the poor shlups in the Northeast, having to fetch fuel for a generator simply to get their furnace's electronics and fluid handler to power up. With an Empire furnace and gas water heat, making your home perfectly livable becomes within easy reach of a homebrew or commercial PowerWall type solution.

You cannot figure out what the load is by adding breakers. I am glad you don’t have stab lock breakers I think.

Can you add an air handler? Maybe, possibly what size is it???

Can you add a water heater ? Possibly most require a minimum of 30 amps some up to 125 that I have installed in that case not without an upgrade.

You have talked to several contractors and you ask us on the web with a couple of pictures ????

From the PG&E listing on the meter I would guess you are in California or there service area.

What do you hope to answer that a professional(s) did not? Can you add more information? more info is needed , but how do you think someone on the web can help when you have had multiple pro’s there ?