I've started to paint my basement with white primer, and on one wall weird orange spots appeared in the holes I had "filled" with the primer.

The wall is made of dark cinder blocks which are pretty rough. I have to use a lot of primer in general with the roller and need to touch up with a paintbrush all the major holes to fill them.

At some point during painting I noticed the yellowing in one hole, but didn't think much of it and filled it again.

After 3-4 hours I checked on the wall again and saw 2 dozens such spots in a bright orange color, much like rust. One other wall isn't affected at all, but the primer I used was a different brand. Now I'm using a new KILZ 2. Before, I was finishing a Benjamin Moore white satin paint.

As you can see from the picture the hole is still "closed" by the paint. 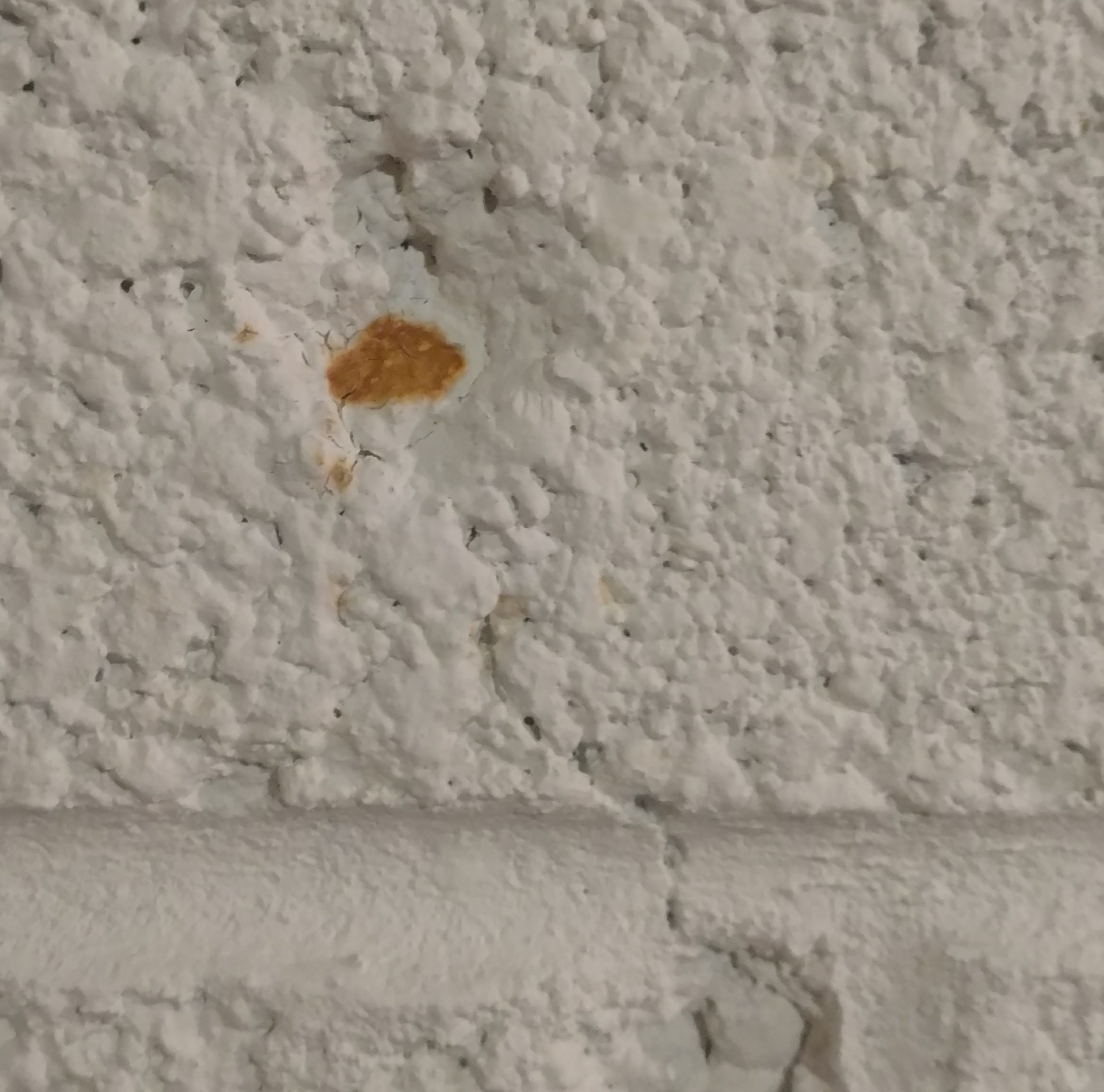 In that section the wall is pretty dry. We've had some efflorescence near the ground (which I've removed), but not at all where I'm painting now. The wall is 25% above ground and the spots have appeared both above and underground.

The wall was also painted with just one layer 8 years ago on one section of the same wall before we bought the house, and I've now noticed the same spots.

Any idea what that could be? I'll be continuing with the painting over the next days.

Here's a picture of the unpainted cinder blocks. 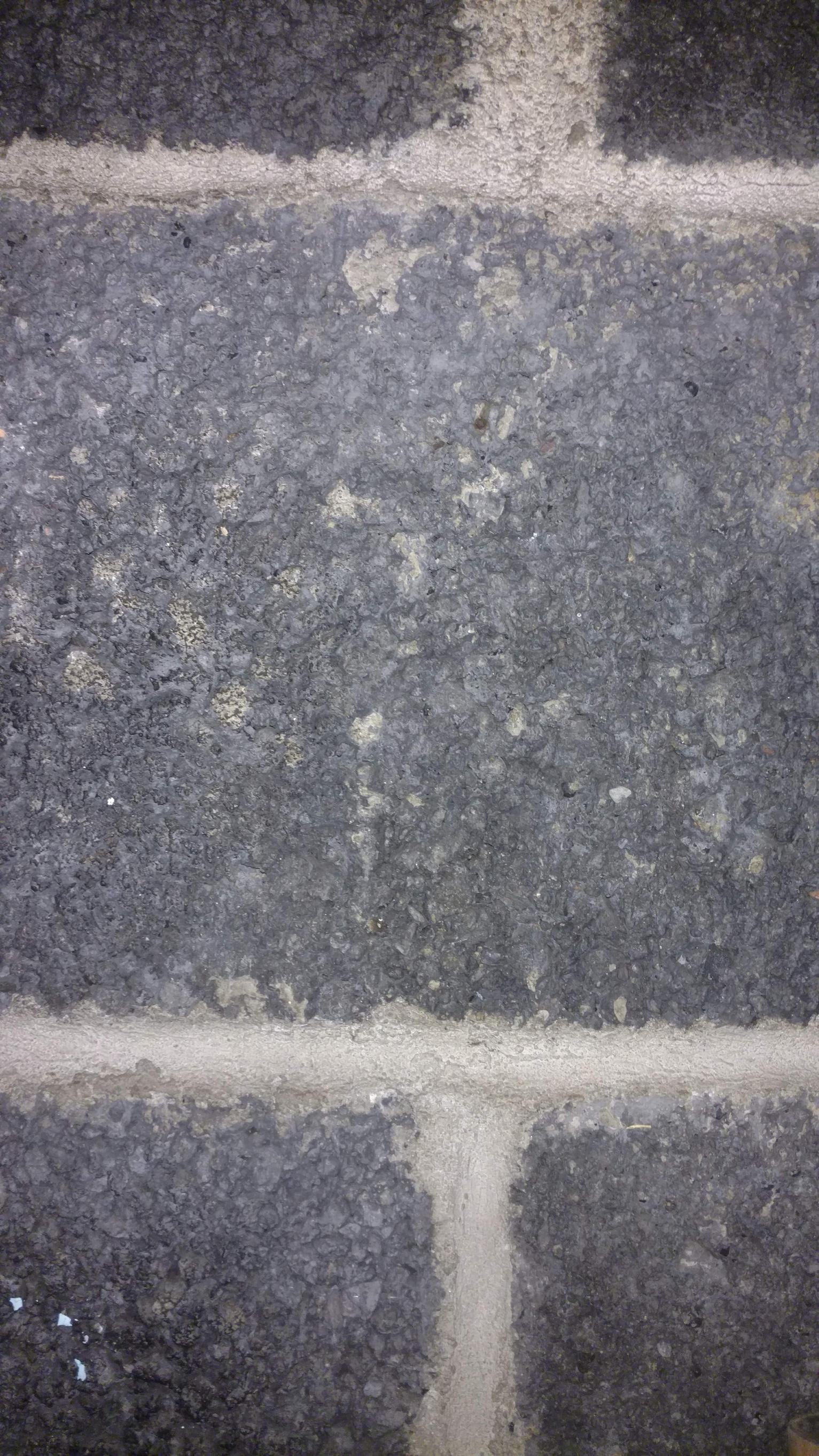 The orange stain is likely an iron ochre infiltration due to high levels of iron in the soil or pre-existing iron in the cinder block. More info

The paint is simply making the orange much more visible than it was on bare cinder block.

I highly advise reading this article on basement finishing before continuing to paint your basement. You will likely have to re-paint next year because moisture is merciless and you might even cause mold issues for yourself which weren't present before.

If you really want to make the cinder block look nicer then you can try staining it. More info

Below is a picture of my basement wall which was Drylok'd about 4 years ago by the previous owner. Note: it looked like new when we moved in and it quickly went to crap. 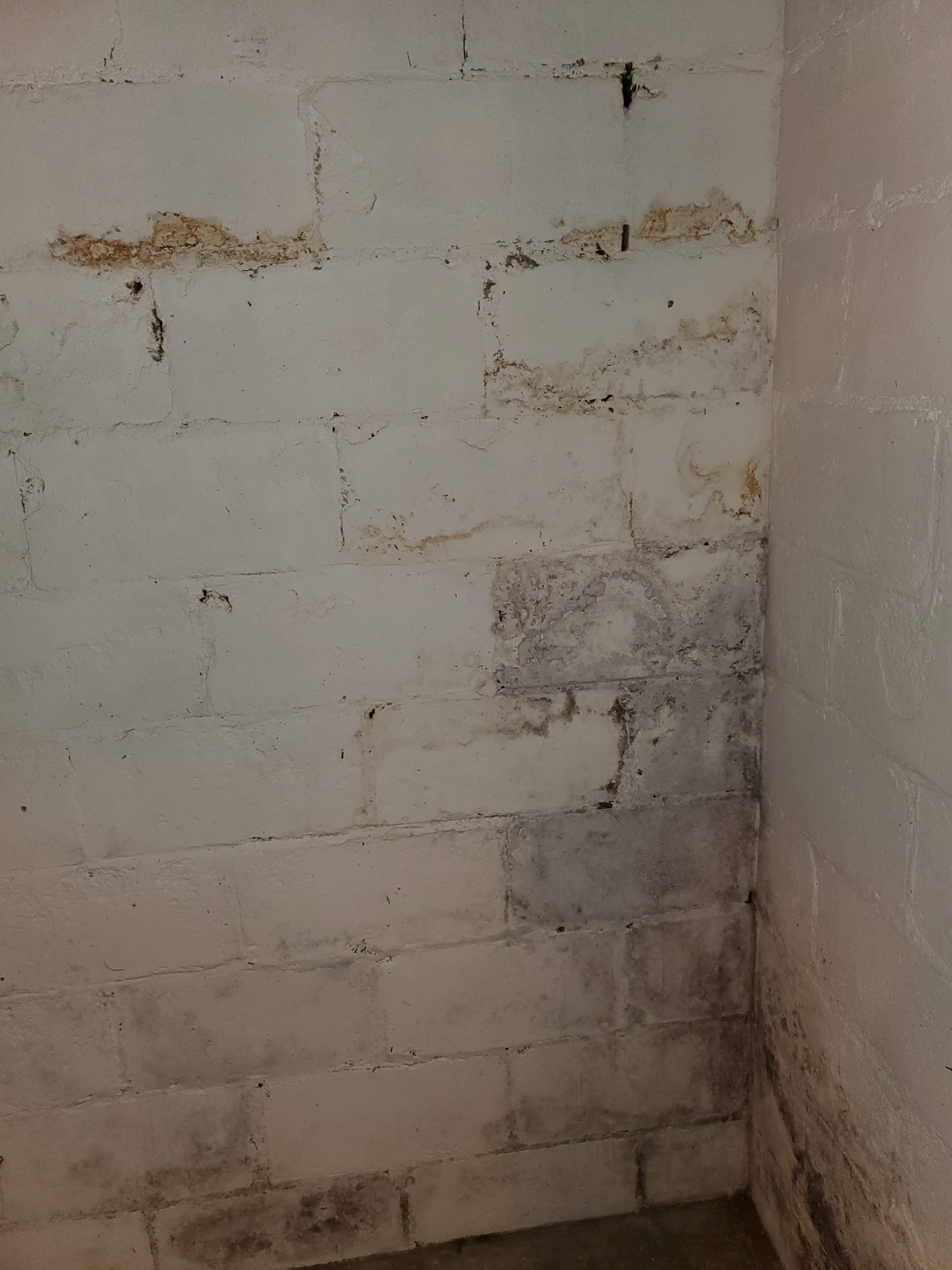 The stains are minor, but may get worse over time due to moisture seeping through the porous concrete block from the outside.

If the inside walls are continuously wet, painting over them with sealer is not a good idea. The water will saturate the concrete and not be able to dry out. Over time, this can cause the foundation walls to break down and cause more serious issues.

Not the answer you're looking for? Browse other questions tagged concrete basement paint or ask your own question.

0
What causes this odd pattern in the paint on a block foundation wall?

2
Is spinning a new paint can the same as mixing?
1
Painting basement wall with obstruction
3
French drain did not solve the problem
1
Uneven paint on a smooth and primed wall
1
Paint does not show true color even after 2 coats on top of existing light color
1
Latex Matches Perfectly Twice...Then Suddenly Darker?