Is this box bonded properly to the ground?

The receptacle is from the mid-1950's and my multimeter shows that it is grounded. There are a solid 120 volts when testing between live and ground. I noticed a bare copper wire coming from the cloth wiring in the back tied to a screw connected to the box. I looked around for usable screw holes in the box to screw a ground screw into but they were all way too large. Does this look okay? I get good continuity here between the green insulated copper ground wire I added and the rest of the box. The green wire goes to the ground screw on the new outlet in this case. 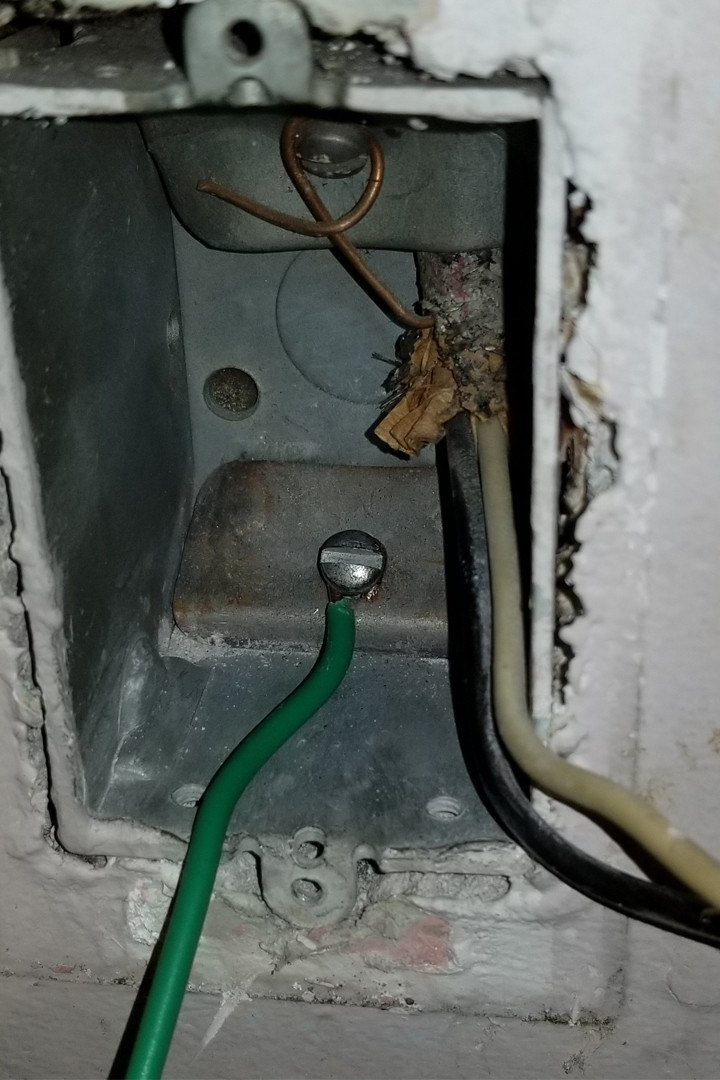 I do a lot of work on older homes and see stuff like this all the time. Keep in mind that the equipment grounding conductor (EGC), that bare safety ground, was not always present in wiring systems. If you see old homes - a little older than this one - with two-prong receptacles, those were wired back before the EGC was part of the system.

I think when the EGC was introduced, people were not exactly sure how to terminate it. You'll see the EGC wrapped around any handy screw. If it makes solid contact, and the screw is still doing it's job, it's probably not an issue, but it is not code compliant.

In this case, it doesn't look like that wrapped EGC is making solid contact, and it definitely is interfering with the screw clamping that clamp so the cable is secure. So from a strictly practical standpoint there is room for improvement here.

The NEC has the following rule, but I am not sure it would have been in the code at the time of construction:

250.148(C) Metal Boxes. A connection shall be made between the one or more equipment grounding conductors and a metal box by means of a grounding screw that shall be used for no other purpose, equipment listed for grounding, or a listed grounding device.

In addition, code requires that the box be listed and installed according to the manufacturer's instructions, and there's no way the manufacturer's instructions suggested the clamp screw be used for a ground screw. That rule goes back so far, it was probably a rule when this was installed, but I think when the EGC was new, inspectors were not super strict about things. But that's just my guess.

You'll notice in this picture that you have nonmetallic cable with a cloth jacket. Always be careful handling cable / wiring this old, the insulation is often brittle. This insulation looks like thermoplastic rather than rubber so it's probably not too bad to handle. The EGC is smaller than the line and neutral conductors - probably 16 gauge EGC with 12 AWG or 14 AWG line / neutral - which is not an issue.

Since it's no big deal to make this A-OK I would remove the bare ground from the clamp screw and make that clamp snug as it should be - but not super tight, not necessary and that old cable may be fragile.

I'd then splice the green wire, the bare ground, and a 6" bare ground pigtail with a wire nut, and bond the other end of the ground pigtail to the box by a suitable method. It's very possible that old box doesn't have the usual 10-32 threaded hole for a ground screw, so the easiest DIY thing to use is a grounding clip: 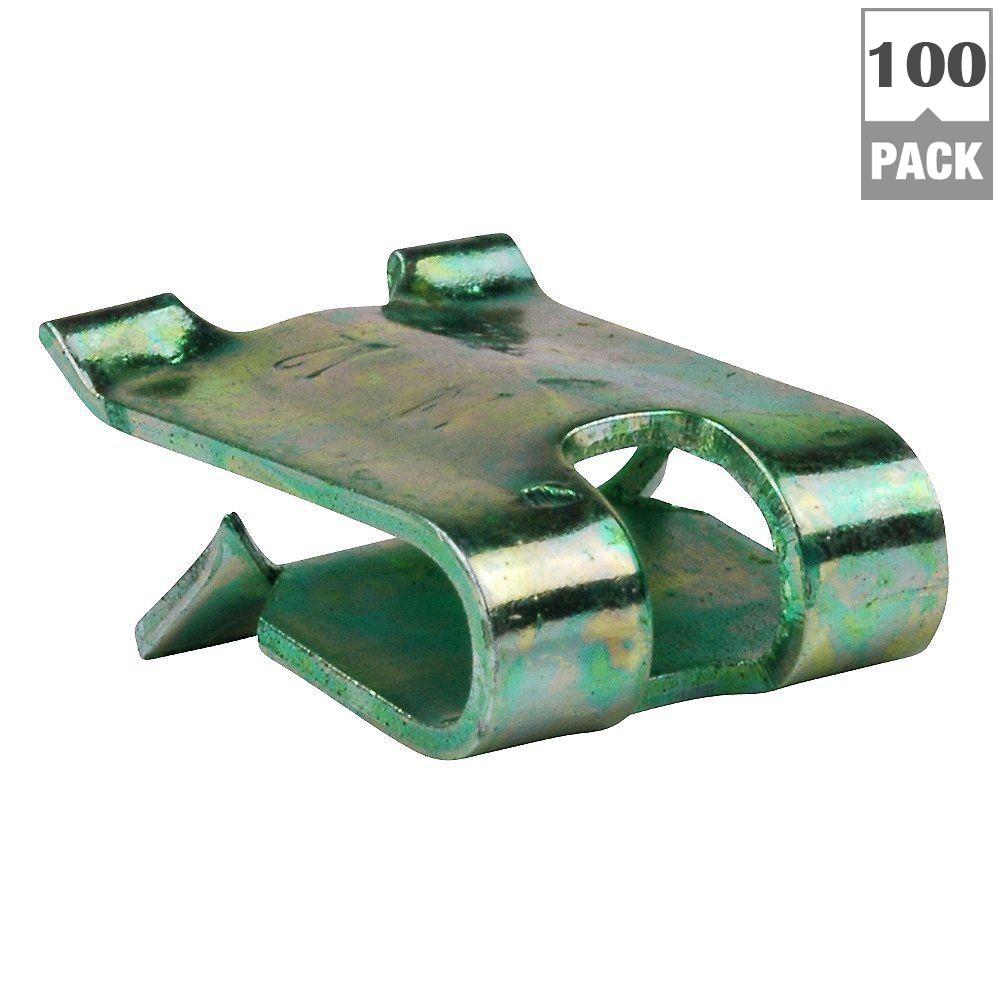 Grounding clips don't require any special tools to install and you don't have to reach inside the box to do what you need to do: 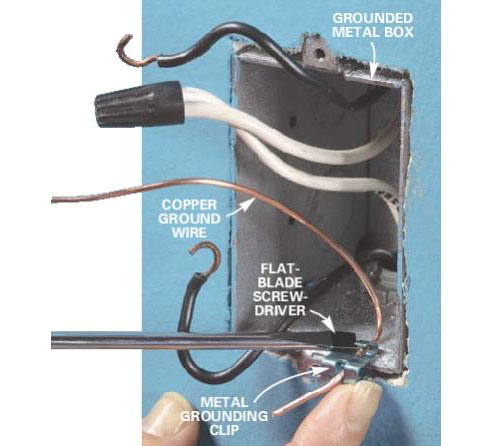 Not the answer you're looking for? Browse other questions tagged electrical receptacle safety grounding-and-bonding or ask your own question.

-2
Is this wiring safe

4
Why am I showing 50 volts between neutral and ground?
1
How should I ground a GFCI to a metal box?
4
Why does the ground appear to be connected to the hot in a 240v single-phase circuit?
0
Ungrounded Electrical Boxes?
6
Grounded light switch box with no ground screw/wire
0
Replacing ungrounded receptacle with grounded receptacle on metal box
3
Replacing grounded outlets with grounded metal junction box
0
Is my 2 prong outlet grounded?